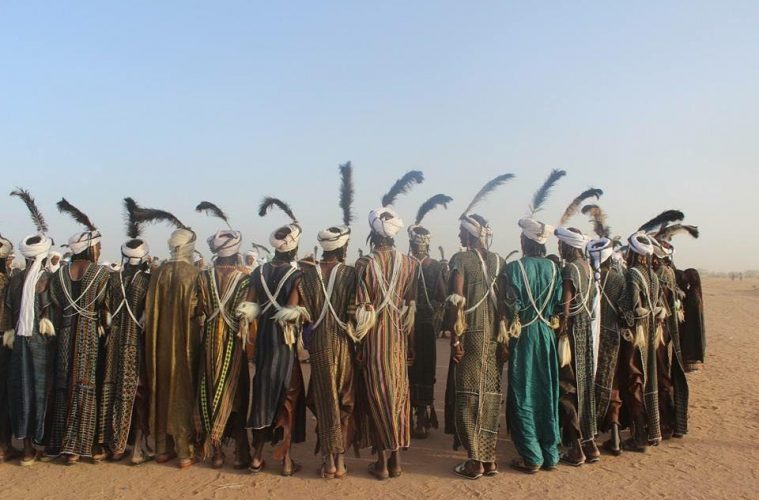 More than ever, humanitarian aid workers are faced with dangers when working in violent contexts. According to the Aid Worker Security Report published in 2017 by Humanitarian Outcomes, 158 major attacks against aid operations occurred in 2016, in which 101 aid workers were killed, 98 were wounded and 89 kidnapped. 2016 was not an exception or rare case and rather, these horrifying numbers have been stable for the past decades indicating an overall rise in the direct and indirect attacks against aid workers.

Humanitarians, like all civilians, are protected under the International Humanitarian Law, but wars are no longer fought across battlefields. As a matter of fact, most of the ongoing conflicts are happening in cities, where civilians are paying the highest price for their lives and livelihoods. Aid workers are no different than the people they serve and working on the frontlines has become the new normal in the field. Whether the attacks against humanitarians are deliberate or not, the aftermath is often ugly. These violent attacks have negative impacts on aid workers, on the people they serve and on the overall operations of their organizations. First and foremost, such attacks leave deep mental and physical scars on the victims, their colleagues and their loved ones. They also often lead to a decrease if not complete shut-down of their operations which, unfortunately, delays or cuts aid to those who need it the most.

I will not get into what I believed was a recovery period but five months later, I was boarding a flight to Baghdad. It took me only two days after arriving to understand the mistake I had made as I was simply not ready to go back to the field and certainly not to be in Iraq.

This reality leads to the question of how do humanitarian aid workers survive missions in violent contexts? With an increase in frontlines postings/missions, one might ask how people of this profession cope with extremely challenging mental and physical conditions and what mechanisms are in place to guarantee their safety and wellbeing. In this article, I look back at my experience in war-torn countries, and I speak sincerely about how it has impacted me. I reflect on what I have learned, both the challenges and the moments of gratitude that I owe to these experiences.

With the complexity of the multiple conflicts we are witnessing today, it is very difficult to define a situation of violence. Even with my humble experience of five years in the field, I have already witnessed different threats and dangers in each of my missions, each impacted me differently and each taught me a different coping mechanism. When I have landed my first job as an aid worker, I was barely 24 years old, a fresh MA graduate from the Middle East who, ironically, had never lived in a conflict zone. At the time, I thought the toughest part of the journey was convincing my family that for the next year of my life, I would be living in a remote area in Northern Niger, with very basic amenities in order to do the job I have always dreamed of. A few weeks later, I was at my duty station taking a security briefing. In this moment, I realized that this was actually happening and that I was, the only female and the youngest staff member among 44 male colleagues. Up until that point, I had not thought about how my gender would greatly shape my field experience and the ways I would deal with security challenges as a result.
In Niger, for instance, dangers of kidnappings were elevated as we worked at the doors of the greatest desert of the world. In the Sahara, smuggling and arms trafficking, kidnapping and extortion were common activities. In this particular region women are not expected to take up certain jobs and certainly were not to be living alone. Because of this context, I was more aware of my surrounding, the way I dressed, the way I talked with my male colleagues and interlocutors. I tried to create a safety net of trusted colleagues. In Yemen, I arrived in the summer of 2015, in the middle of air strikes, ground fighting and the security vacuum that was created by the war. On top of this the criminal activity was rising in surrounding cities. After a few weeks of lying to my family that the situation was not as bad as it was reported in the news, I found myself with an AK-47 pointed to my head, going down the stairs and thinking to myself how on earth I ended up in such situation. The situation was resolved with no one physically harmed but on the same night, it was making the headlines on Al Jazeera. I will let you imagine the agony and fear that my family lived without being able to contact me as my colleagues and myself were still stuck in a safe house waiting for evacuation. Luckily, I was in fact safe the next day. I was offered psychological support by my employer and the possibility to quit my assignment. My thinking was so blurred and only one idea took over me: I did not want to fail my colleagues and the people I was assisting. So, after one week, I headed back to Yemen. Only this time, I was much closer to the frontlines.

After 8 months of sleepless nights under heavy bombings, I was completely devastated and could not recognize myself anymore. I knew I had to do something about it and one day I woke up and decided it was time for me to leave. My management showed great support and understanding. At the end of an intense and emotional week where I felt ashamed of my decision to quit, I was supposed to attend my farewell dinner and take my flight home. Then, something unimaginable happened. I took a nap and I simply could not sit up or leave my bed. My body completely shut down, I experienced the worst migraine and the strongest fatigue of my life. All I had to do was to gather myself and go to the airport but I could not manage to do it. My body revolted and refused to cooperate at this time. I missed my flight and was taken to the hospital and it took me three days to be able to walk again in order to board my flight home. To do so required the assistance of a colleague, who luckily was taking the same flight and helped me to go through security and buckle my seatbelt. At that moment I felt as though I was a wreck of a human being.

What I have learned from working in these situations of violence is that no one is immune to physical or emotional stress. I have also come to understand that we as individuals are responsible for our own well-being.

I will not get into what I believed was a recovery period but five months later, I was boarding a flight to Baghdad. It took me only two days after arriving to understand the mistake I had made as I was simply not ready to go back to the field and certainly not to be in Iraq. The reality was tough. We were 24/7 confined, and the sound of suicide car bombings that we hear all day long have become unnoticeable by colleagues who were there for months. I knew deep down that I needed to do something about it but leaving was not even an option. “How could I quit again”, I wondered. So I just told myself that I needed to focus on my work and look forward to my next vacation. Here, I was working in a large office with strict security measures, but in a place like Baghdad, the threat is always there, you simply mitigate the risks and hope that you are never at the wrong place at the wrong time. Every time, we were passing a checkpoint, I would suspect every car and imagine the blast. “What if this field trip is my last?” I frequently wondered. These negative thoughts were taking over me. This continued until one day, among all colleagues, I was indeed at the wrong place at the wrong moment, and again found myself in another security incident. Luckily, no one was harmed, colleagues praised my calm response. But on the way back, I was so upset, so disappointed in myself, asking “how did I not learn my lesson? How did I betray my family and my loved ones again?” This was definitely the final straw for me.

Once I opened up about my feelings and everything I was going through, I was offered on-spot consultation and advice. I was given the opportunity to terminate my assignment or continue in a site with less field and risk exposure. I accepted the latter option. With the help of the psychological staff, I started acknowledging what happened and began dealing with feelings of shame and guilt. Therapy helped me to look back and realize that what happened was not a mistake on my part but rather an unfortunate situation that taught me one of the biggest lessons of my life. I learned that sometimes we have to be human and kind to ourselves, to be forgiving and not to be afraid to stop and say I cannot do this. It is not a sign of weakness but rather a representation of maturity and strength. Shortly after, I started meditation for the first time in my life. I decided to give this a try because I felt that I had nothing to lose. Two weeks into the breathing and meditation practice on web/mobile application called headspace – yoga practice, and reading about mindfulness, I started seeing a difference in my energy, in my sleep, in my overall wellbeing. Sure, I was exposed to much less violence in the new context, which I believe it helped, but I also felt that I was starting a long road of recovery through this new awareness and opportunity to connect with myself.

I learned that sometimes we have to be human and kind to ourselves, to be forgiving and not to be afraid to stop and say I cannot do this.

What I have learned from working in these situations of violence is that no one is immune to physical or emotional stress. I have also come to understand that we as individuals are responsible for our own well-being. I feel grateful for having my husband and my family always by my side. Furthermore, despite the stress my work situation put them through, they always showed great trust in me and supported me to carry on the job I always dreamed of doing. Over these years, I have grown a lot personally and professionally. Additionally, I have sharpened my skills in terms of security assessment and networking which I partly owe to my organization and colleagues. However, beyond security management, it is very important for aid agencies to have support mechanisms in place, whether by offering psychological support, self-care workshops or simply by training managers to listen to their employees and show sympathy and flexibility. 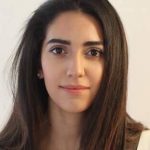 Fatma Boudokhane has been working as a humanitarian aid worker at the International Committee of the Red Cross since 2014. She holds a MA in migration and intercultural relations from the University of Oldenburg, Germany and is currently based in Geneva.