“That sounds wonderful, but… there is no real gender inequality in Singapore.” I make a conscious effort not to visibly wilt as the individual sitting across from me sings a now-familiar tune after my two years working with UN Women, Singapore Committee. This and the statement, “of course I believe in equality, but I’m just not a feminist”, have been two of the most puzzling phrases I have encountered through my work. These kinds of beliefs create unconscious biases that are as dangerous, if not more so, as the overt gender stereotyping contributing to gender-based violence globally. These experiences and encounters have made me even more determined to transform the negative narratives related to gender equality in my local and global communities.

Having my grandmother lull me to sleep with Hindu myths and stories as I was growing up made me acutely aware of how myths and stories can contribute to a way of being and of understanding the world. Through my Innsbruck peace journey I was able to briefly explore the different ways that the Hindu myths I grew up with contributed to the ongoing rape culture in India. I decided to take this one step further through my work with UN Women, trying to use their brand name and reach to raise awareness about the ways in which we are impacted by the narratives all around us.

When I first approached my team with the idea, they were extremely excited. We decided to start with the most popular stories in Singapore – fairy tales. As someone who believed so deeply in the project, even I was surprised at how passionate people became when talking about the gendered messages embedded within fairy tales and children’s stories.

We then expanded our idea of redefining narratives beyond folklore to include popular culture, films, books, plays, advertising and other fields in which we identified a gendered imbalance.

Our workshop formats were simple: we went through a few popular fairy tales, encouraging people to think through the various gendered messages within the story arcs. We then talked about some modern interpretations of fairy tales, facilitating a discussion about their effectiveness while addressing any problematic areas. Finally, we gave the participants tools to rewrite a fairy tale of their choice and share it with the event attendees. The results were incredible. We were touched and inspired by the creativity and inclusivity of the participants.

We quickly moved on to facilitating public and private workshops for schools, corporations and other organisations related to fairy tales, Chinese myths, Malay folklore, Hindu mythology and other cultural tales. We were always amazed and energised with the range of creative and inspiring stories the discussions encouraged.

We then expanded our idea of redefining narratives beyond folklore to include popular culture, films, books, plays, advertising and other fields in which we identified a gendered imbalance. We were soon encouraging vibrant discussions and workshops about women in science fiction and fantasy, women in the armed forces, women in science, technology, engineering and mathematics and several other areas.

With the several heated global debates about the relevance of the word feminism and our own discovery that many Singaporeans and members of our own office team did not want to identify as feminists – a talk about what it means to be a feminist was long overdue. At one school talk I was regaled with questions about what it really means to identify as a feminist for over an hour. We quickly realised that people were curious and passionate and looking for platforms and avenues to discuss these issues.

For International Women’s Day we finally decided to have a discussion about the ‘F’ Word.

A few months ago, at a screening of the recently released Suffragette, we encouraged attendees to think about the various ways feminism has impacted their lives and continues to impact their lives today. For International Women’s Day we finally decided to have a discussion about the ‘F’ Word, inviting a group of facilitators from the various organisations working with gender in Singapore to lead the dialogue.

The response was overwhelming. We had men and women writing in to us expressing their excitement and desire to participate. It was incredibly fulfilling and encouraging to know that we had touched a chord deep within people and that we were sparking important dialogues and discussions across the region. After the discussion and encouragement from participants, we decided to revamp our school talks and create new workshops for both girls and boys focusing on gender stereotypes, gender narratives and the relevance of feminism in the global community today.

While we have moved forward and lit a small spark, there is still so much that needs to be done in order to create a culture of inclusion, equality and harmony within both Singapore and the global community. 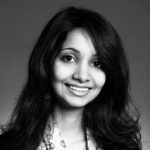 Shibani Pandya graduated from the MA Program in Peace Studies at the University of Innsbruck in November 2013. Her research focused on the ways myths and stories promote rape culture and gender stereotypes, particularly in Hindu mythology. She has since continued her work with challenging norms that encourage gender based violence through research projects, programmes and discussions through her work with UN Women and other grassroots, local organisations in Singapore.