I never thought of myself as much of a feminist. Actually, how would one name a woman who is the exact opposite of a feminist..? Well- that was me. I thought nothing much of my femininity, never minded a chivalrous gesture from a suitor, and enjoyed the privilege I received at times for my long legs or my voluminous hair. I never thought there was anything wrong with it; never thought I had any less access anywhere just because of my sex, or that I was discriminated against on that basis. Little did I know that my mind was already conditioned in a way that allowed me to enjoy the world around me as a female form, though through a masculine outlook. I did not realize the masculine narrative has in effect conquered most of my personal narrative and self-perception, at least not until I reached the all-boys club of the Israeli Air Force.

As conscription in Israel is still mandatory both for male and female youth, I decided I were to make the most out of my military service by making it as meaningful (to me) as possible. I volunteered for a unique, experiential project, where female soldiers were to be integrated with male soldiers in their training to become professional combatants in the air-defense branch of the Israeli Air Force. Basic training was co-added. As this was still a new project, there seems to have been little knowledge about the core differences between the physical capacities of women and men, and therefore, standards were not different. Besides the evident physical impact it had on some of the females in the team, it also generated effects on the levels of the persona, though so deeply ingrained I only became aware of them years later, through self-analysis and introspection. Having a male standard as the status quo literally distorted my perception of my own self and my achievements. I changed. At the time it was imperceptible to my own eyes and my immediate close environment, but retrospectively it was evident; I grew harder, tougher and more aggressive. It manifested in the way I walked, the way I talked and the way I handled myself in company. Being in a predominantly masculine environment, the masculine aspect of the persona grew more dominant and accentuated, while the feminine aspect grew dimmer and more repressed. I adopted cruder mannerism to help me fit in better among the man, and characteristic tendencies of forcefulness and aggressiveness grew stronger and more evident.

As the project developed and lessons were learnt from live feedbacks from the field, adjustments in the training scales were made to accommodate for physiological differences between the female and male trainees, though although beneficial to the physical body, it turned out to only further aggravate the tension between the sexes. The male trainees, frustrated from the special facilitation for the females, revolted in exacerbating their unofficial interaction with the females by looking down on their achievements and status in the frame of the training. On the personal level, it had a detrimental effect. The desire to belong and prove I am (at least) an equal to any male around me,riled my over-achieving mind to accentuate any already existing competitive traits, making an effort to assimilate to the dominantly masculine environment in any way possible. Even in the presence of newly adjusted standards for the women, I could not allow myself to “give in” to these adjusted standards. Even  though I was a woman and it was seemingly legitimate to act according to the relevant standards, in my mind, anything less than a man’s performance was rendered a failure.

Little did I know that my mind was already conditioned in a way that allowed me to enjoy the world around me as a female form, though through a masculine outlook.

I completed my military service as one of the three first female-officers combatants of the Patriot Missile system. The feeling of accomplishment was profound; a path maker to those women who will follow and a notion of the conqueror of terra incognita. I made it through. And I came out victorious. But at what cost?

As I progress on the process of internal investigation through my thesis writing, I employ the ECM (Elicitive Conflict Mapping) tool which allows me a deeper look into the different layers of the persona in the context of a particular episode in a specific point in time. This internal examination allowed me to develop awareness of the impact of those experiences some fifteen years ago on my persona as a whole. As I delved deeper into the layers of the ECM I found the Sexual-Family layer as one of the prominent ones. Issues of identity and belonging as sources of safety came up in the process and the magnitude of the impact of this experience on my perception of the self and the formation of a hard shell became evident.

As I returned to civilian life, though I left the military behind, I still carried it within me. I grew to realize that the years in the military, training and working in an all-male environment, deeply influenced my perception of femininity. As I grew to perceive being a female as an innate weakness, I developed a hard shell around my own self.  This shell allowed me to conduct myself in a more stern and straightforward manner, often analytical and deprived of any emotional expressions or gestures of care and compassion, as I perceived those as “feminine characteristics”, and therefore as pure weakness.

Being in a predominantly masculine environment, the masculine aspect of the persona grew more dominant and accentuated, while the feminine aspect grew dimmer and more repressed.

This hard shell shaped most of my adult life, as the desire to prove myself and rise above any internal or external obstacle, without regard to my internal state of being, sent me on an ongoing adventure. It drove me away from my family and home country, tottering all around the world in search for the next challenge, the next peak to conquer, the next opportunity to prove, be it to my family or my own self that I was worthy. The need to achieve and prove myself through exploring and conquering new challenges, created a particular way of life: once the immediate challenge of adapting and adjusting to a new place was completed, the vessel was  once more empty and the desire for a new stimuli to fill up the vessel was leading me out to my next adventure. Naturally, any form of long term relationships and any sense of stability and growth in one particular place was impossible, as I never stayed in one place long enough to establish any form of stability. The hard shell supported me and protected me in this context, as it allowed me to move freely and courageously around the globe, quickly adjusting and adapting to new circumstances, languages and people. At the same time, it hindered me on a much deeper level: it blocked any access to the softer layers of the Self, which rendered my human interaction as mechanical in nature, utilitarian and defensive in character. Even processes of growth and self-transformation were limited to a pragmatic, often judgmental introspection, missing the profound aspects of deep connection with my own self and others on the Spiritual-Policitary level.

As awareness of the existence and dominance of this hard-shell emerged and deepened, I grew more conscious of the process which created it, and hence, also more conscious of the aspects it overshadowed in myself. A rekindled connection with my feminine aspect has been taking place, allowing me to confront particular preconceptions and prejudices I have been entangled in since my military service and possibly earlier. I have learned to see my femininity as a form of soft power rather than a detrimental weakness, realizing it plays a much bigger role in myself than I was ever truly aware of. Gradually embracing and reintegrating the feminine and masculine aspects of my own self I learn to cherish and appreciate each of them for its own strengths and contributions to my system as a whole. Whilst rebalancing these elements in me I still wonder sometime as to where I place myself on the feminist scale. Given I still enjoy a chivalrous gesture now and then and do not experience the world as a gender-based competition over resources, I might fall under the category of non-feminist by the definitions of some. At the same time, having emerged out of the mental prison of gender-based preconceptions, I re-embraced my female aspects while consciously cutting through my masculine conditionings, which to my perception is pure feminism. 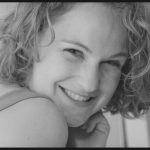 Ori Talmor is living in Israel where she facilitates dialogue groups of Israeli and Palestinian youth. She also works with children, as well as with school teachers, employing NVC principles to learn how to communicate more constructively with the intention of making one’s experience in the world a more pleasant and enriching one. She teaches and practices classical yoga as a tool of self-transformation and a way to live in the world.