Ruth Cohn – Theme Centred Interaction as a Response to War

For me Ruth Cohn was the very first opening to humanistic Psychology. Her way of dealing with conflicts and groups in general was something new for me. She caught my attention in the very beginning with her exciting dimension of, often subdued, statements about the system and the world we are living in. She was a woman with a vision of changing the community and the way of living together. This vision went far beyond families, with her idea of even a change of the state.

Ruth Cohn was born into a Jewish-German family in 1912. During her life, she witnessed and survived both World Wars. As the situation worsened she first emigrated to Switzerland in 1933 and later to the United States. She returned to Switzerland in 1974 and finally to Germany in 2002 where she remained until her death in 2010.

As a survivor of World War II, Cohn developed a vision that could be described as a radical approach to democracy. She wanted every individual to be seen and to be heard. However, in times of authoritarianism, there was no option of putting this out on a broad societal level, so she focused on small groups and families with the idea that change within many small groups may foster change at the state level as well. In the 1950s she started to work with Theme Centred Interaction (TCI).

On the East Coast of the United States in the American Academy of Psychotherapists (AAP) Cohn got to know colleagues with a very similar mindset of searching for new ways towards a holistic approach to psychology. Some of the colleagues Cohn met are well known figures in the fields of Peace Education and Peace Research, such as Virigina Satir (Family Therapy), Marschall Rosenberg (Non-Violent Communication) and Carl Rogers (Client Centered Psychotherapy). All of them provided significant inspiration for her, searching together for a new way of living Psychotherapy and a new way of communicating with each other.

As a survivor of World War II, Cohn developed a vision that could be described as a radical approach to democracy.

Certainly, besides those personal influences, Cohn’s decision to pursue her studies in psychotherapy was largely impacted by the experience of two world wars, which influenced her to pursue her passion studying psychotherapy. This ultimately helped her find and formulate her new and own idea of changing the system that had shaped her. Furthermore, Ruth Cohn was trying to connect humanistic psychology with her own spiritual experience, when outlining the principles of TCI. She searched for something that is more holistic than what she had experienced so far. For a long time she did not know what will emerge but all that time she trusted that something will guide her. Certainly this is expressed in the emphasis she gives on trusting the process. Hence Ruth Cohn describes her path to TCI quite often with a strong spiritual component and with the desire towards a larger whole.

TCI is based on the so-called 4-Factors Model, consisting of the “I”, the individual, the “We”, which is the the group in a given context, the “Theme”, which is the topic that brings a group together, as well as the “Globe”, which is the world that contains a group process. For Cohn it is paramount to give equal magnitude to all four dimensions of the triangle, when analyzing group processes. Cohn has also formulated two postulates: “Disturbances take priority”, and, “Be your own chairperson” Whenever there is a disturbance in a group process, from either one of the four dimensions of a group process, Cohn suggests that one has to adjust a group process accordingly in order to address the issue at stake, rather than continuing the process in a linear fashion. This principle is expressed through the other postulate, which suggests that each person in a group should be his or her own “chairperson”, namely to speak out for oneself, rather than waiting for somebody else to address a disturbance for him or her. This postulate can also be seen as an expression of Cohn’s radical approach to democracy, stressing on the responsibility and agency of a person in each and every situation. At the time, this principle was also Cohn’s revolutionary response to a societal context shaped by war and fear.

Within her idea, that there are always and everywhere humans interacting with each other and sharing the same personal and spiritual base, she is connecting humanistic psychology with her own spiritual experience. In her book Von der Psycholanalyse zur Themenzentrierten Interaktion Cohn gives an example of this: “I believe that the mind theories of the 20th century which exclude subjectivity and transcendence to the universe, were pseudo science because they declare unproved possibilities as impossible: for example the possibilities for transcendental experience, even though these experiences where common sense in the past.” This quote reminds us of one of the central concerns of transrational peace philosophy and elicitve conflict transformation, as introduced by Wolfgang Dietrich 30 years after Cohn: to be conscious about the unknown and the uncertain and to take transcendental layers of our existence into epistemological academic consideration – against the strictly Cartesian tradition of modern science. From a transrational perspective it is very important to keep this in mind and not to narrow focus to the merely rational dimensions of knowledge, which would exclude parts that might be of huge impact for peace building and the transformation of conflicts, as peaces, as a plural concept, do not have one common meaning but are always understood as a subjective interpretation of a relational and transrational reality. 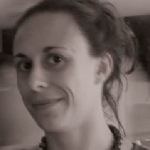