Elicitive Education – Peace Education and the Elicitation of Meaningfulness

My mother was a primary school teacher in a slum area within the Northern District of the city of São Paulo, Brazil in a neighborhood named Vila Dionísia, which means, “Dionysus Village” in English. She made sure not to sugarcoat the difficult conditions she worked under, as she talked about the precarious educational infrastructure and the impoverished and violent social reality in which her students came from. Nevertheless, I have always felt her referring to her teaching times very light-heartedly.

Graduated with a degree in the arts, she promoted her pedagogical efforts in playful and innovative ways. Drawing, role-playing, storytelling and clowning, were some of the tools she used. The loving manner by which she facilitated these activities, where she made sure to express her affection; elicited, as she recalls it, creativity and gratefulness in her students who had experienced various forms of violence.

Non ducor duco, a Latin aphorism on the insignia of the city of São Paulo, is commonly translated as “I am not conducted, I conduce.” This saying is usually linked to an individualistic idea of leadership exerted by the force of ‘the might’. On the city emblem, an image of a speared axe held by an armored arm serves to illustrate such a notion.

To educate is to guide students on an inner journey toward more truthful ways of seeing and being in the world.

Throughout my own life as a student, I have associated the figure of the teacher to a role embodying discipline through authority and also the authority of knowledge with the teacher being the one who knows everything there is to know about a given topic. I have never been too keen on an attitude of superiority over others. Surprisingly, it is to educational activities that I have dedicated most of my efforts in my Peace Studies professional and academic journey. I have mainly been engaged with this within the frame of the post-graduation program in Brazil, founded in 2015 by Innsbruck alumna Cerys Tramontini, in a team with fellow alumni Egídio de Bustamante and Paula Facci.

Like a slogan, Non ducor duco is inscribed on the flag of the municipality of São Paulo, flapping on the premises of every school in the city. Duco is the indicative tense of the Latin verb ducere. In a 1968 Oxford Latin Dictionary, P. G. W. Glare relates ducere “to direct one’s way.” That is the etymological Latin origin of the word education: ex + ducere. An origin that might hint to a rather elicitive potential.

Elicitive conflict transformation draws on the common knowledge, values, and communication techniques that exist in the individuals, groups, or communities concerned.

Few teachers I have had touched my heart by cherishing relationality, beyond their knowledge about a given subject. In these rare instances, I felt empowered by the meanings I was allowed to build and envision, together with my fellow students, on various topics.

This nourishing sensation has been ubiquitous throughout my academic Peace Studies journey, within the – now extinguished – World Peace Academy Basel program (from September 2013 to August 2014), and the Innsbruck MA program in Peace Studies (2014/15 Winter term). It has been fulfilling to experience an atmosphere of interconnectedness, provided by teachers with the ability to trigger fruitful relational dynamics among students.

The elicitive model is process oriented, providing an opportunity for people to participate in model discovery and creation.

Feeling connected to myself, to the teacher and to my classmates, has been a powerful learning experience to savor from a collective and non-hierarchal source of wisdom. My classmates have been as much my educators as any other Peace Studies professor.

Through Wolfgang Dietrich’s philosophy of Many Peaces, as I interpret it, transrationality may be understood as a conscious attitude to go beyond pre-established, and usually prescriptive, rules and norms, at the same time that it tries to acknowledge the human needs behind them. A perception of life as a systemic dynamic that cultivates creative co-responsibility and forwards the transformative potential of conviviality through elicitive means.

The teacher does not teach what she says, the teacher conveys that which she is.

In my understanding such a transrational, and thus elicitive, approach recognizes peace and conflict as relational experiences. Accordingly, the pedagogical flow of the Innsbruck MA program is based upon relationality. I think that education, on its own right, ought to be appreciated as intrinsically relational.
As a teacher, the energy of each new classroom encounter is what thrills me for meeting up with a new group of students. The challenges I face are to be aware of my vulnerable self, open up my heart and be conscious that connections will be nourished through being and not through knowing. As important as it is to be acquainted with the theoretical content I will dedicate my teaching efforts to, in the final analysis, even more important is to be aware that I will end up conveying to students that which I am.

Whenever I meet a group for the first time, I offer a sharing circle for people to talk about themselves and their motivations.

As I start out by sharing a bit of my own self, in a heartfelt manner, I notice how students feel invited to share from a rather deep place about their concepts of peace. Further, from this approach students are encouraged to share their enthusiasm about Peace Studies, and how their life journeys have led them there. Not rarely, such an exchange flows on emotionally filled accounts.

All real living is meeting.

From my perspective, interconnectedness is the most valuable Peace Studies educational asset. For this reason, as I go about teaching a given theoretical content, I try to dedicate my efforts to the fostering of this energetic bond: providing for a safe space, honouring conflicts and eliciting meaningfulness.
The provision of a safe space to me is about a quality of presence that allows me to resonate respect toward different opinions and perspectives. I feel that this hospitable attitude encourages diverse world-views to constructively engage with each other.

These interactions lead to conflicts. To honour them is a valuable opportunity to experiment with their creative, and thus educative, potential.

The elicitation of meaningfulness relates to our human need for belonging and bonding. One of my responsibilities, as I teach Peace Studies related topics with students, is to encourage them to make sense, by them/ourselves, out of what is shared in the classroom.

Education must begin with the solution of the teacher-student contradiction, by reconciling the poles of the contradiction so that both are simultaneously teachers and students.

To live teaching dialogically is a humbling endeavour. The provision of a safe container, in an often transrational Peace Studies educational setting, is an invitation for the sharing of tears and smiles, excitement and frustration; traumas and wounds, with all their complexities, which are, to some extent, poured over the teacher.

Not to freeze in bewilderment, neither to fall for professorial prescriptiveness, I have realized how important it is to soberly keep holding such a space for those issues to be dealt with rather transformatively. After all, these are insightful opportunities for me to relate with deep aspects of my own humanity which is as challenging as it is rewarding.

I have begun to recognize teaching as a craft much related to the art of elicitive conflict work. To be an educator is to be an alumnum, to attentively provide for an elicitive space is, at the same time, to provide for my own nourishment. So far, that is how I have been perceiving educational work in the field of Peace and Conflict Studies. 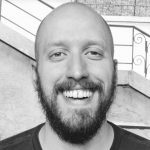 Luís Bravo lives in the city of São Paulo, Brazil. A criminal lawyer by training, he has been working as a circle process facilitator in penitentiaries, juvenile centers, communities, and with groups seeking to transformatively deal with conflicts. He is a faculty member of the Peace, Conflict, Mind and Awareness post-graduation program in Florianópolis, Brazil. His lecturing and research interests include the themes of Transrationality, Nonviolence and Restorative Justice.