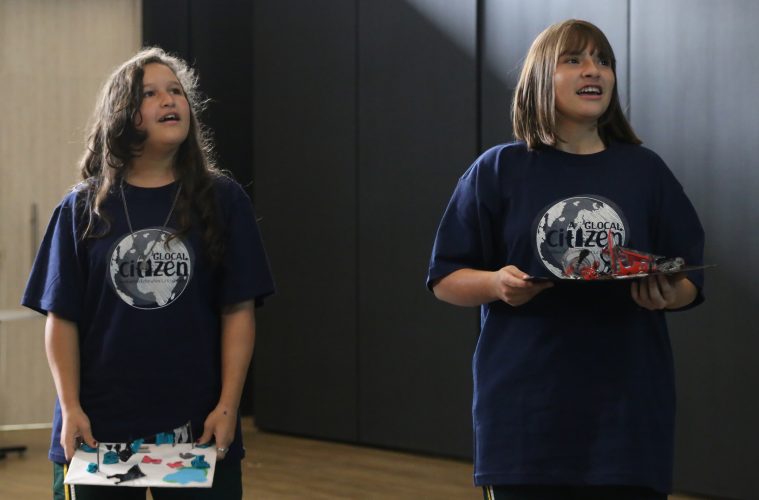 Three teachers of the college “La Esperanza” in Medellín explain their contribution to society and the ongoing peacebuilding processes in Colombia by forming local conscience and global relationships.

The project “A Glocal Citizen” within the capacity building program of the Innovation Lab for Education of Ruta N takes on the challenge to design a transdisciplinary learning strategy and includes a process that leads our students to question their being, to express what they found out about themselves and their context through new technologies, and to communicate this to students from other countries by using English, as a universal language. At the college La Esperanza in Medellín, our goal is to reduce the level of students who fail their school year, which is a big challenge, especially among a group of 8th graders we are working with. Many of them have great learning difficulties, are much older than the average student, have strong personalities, and have experienced different forms of violence, resultant of their challenging social background, which puts them in a vulnerable position in society.

In the first project phase, we accompanied the students through a process of raising awareness, with the intention to have them recognize themselves as people from a certain social environment and to learn to understand how this impacts them. This process was slowly initiated by organizing correspondence via letters with a group of students of the same age and grade in Morocco and Switzerland: Both groups shared stories about their daily life to each other. This experience generated great motivation, because they realized that there are other students their age from a very different context, but with similar worries and dreams. We believe that the exchange with other cultures helps them to develop a plural and multicultural perspective onto the world.

We believe that the exchange with other cultures helps them to develop a plural and multicultural perspective onto the world.

After recognizing themselves as part of the world, a nation, a city, and a neighborhood, the second part of the project consisted of having the students visit cultural places in the city. At the museums they got the chance to reflect on what has happened around them and to realize that each one of them has been part of the city’s history accordingly. The following step was the creation of an artifact that represents their identity, which they then presented to their peers. For every student, the artifact represented a reconnaissance trip, which they could then share with the world through digital tools and in the English language to reach their international fellow students.

Self-recognition as basis of peace education

As mentioned, this project is implementing new teaching strategies with a group of students that is facing academic and behavioral challenges. The general purpose is to enable them to deal with their daily challenges differently by participating in a set of activities to discover new and alternative competencies and ways of learning. The objective is to sensitize the students to the new challenges of our society and more importantly, to deal with the great challenges of the constantly changing world by participating in this journey of self-recognition as glocal beings.
The activities described provided the students with the opportunity to reflect on their own being, to ask themselves about the meaning of their own existence and to determine the external elements that influence who they are. The idea was for the students to be able and identify the positive elements of their environment as well as to reflect on and shift the negative connotations of this environment, such as juvenile delinquency, control of the territory, drug trafficking, and violent groups outside the law such as the paramilitaries and the guerrillas. We want to generate the desire of the students to communicate these aspects of their culture, to ultimately contribute to making peace with themselves and to help them understand and allow them to contribute to the larger reconciliation and reparation processes that are carried out in Colombia today.

Becoming “A Glocal Citizen” means to be able and identify emotional and cognitive perspectives of others as well as to perceive oneself as an individual and member of society. Such citizens will start from the characterization of their being, and then move to describing the context in which they find themselves. They are in a process of cultivating their inner peace, while also being ambassadors of their own harmony by being tolerant, inclusive and by generating a sense of community through laughter and jokes.

The objective is to deal with the great challenges of the constantly changing world by participating in this journey of self-recognition as glocal beings.

Once they have identified and analyzed the elements of their inner world, they look at the environment that has contributed to what and who they are as participants in a collective. They are given the task to share this with other cultures in such a way that they can reflect on their local and global being. We want to provide a space for them to discover that they have the skills to achieve the basic requirements of the curricular contents, but even more so, that they are able to participate in a project of global exchange between students.

Luz Manedy Parada Orozco is a teacher at La Esperanza Highschool in the area of Technology and Systems. She is one of the masterminds behind the project A Glocal Citizen and identified the need to combine different forms of creative thinking into class to motivate the students to start looking for a better future and to think differently.
Contact: luzmanedypo@gmail.com

Ildefonso Areiza Gómez is teaching French and English as foreign languages at La Esperanza Highschool and organized the letter exchange with the students from Morocco and Switzerland.
Contact: languagesteacher@gmail.com 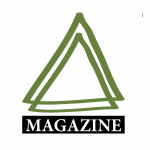 The Many Peaces Magazine is founded on the idea that there are many peaces, many interpretations and expressions of what peace is, and our work seeks to embody the philosophies and theories of the UNESCO Chair for Peace Studies while showcasing the creative work of the students and alumni who have been a part of the MA Program for Peace Studies Innsbruck.

It is published twice a year, in January and July of each year. The Many Peaces Magazine team has changed and developed over the past volumes and is currently coordinated by a team spread out over three continents and features authors and stories from around the globe. Many of the articles, stories and contributions that can be found in the magazine relate to the field of Peace Studies in some way, but more specifically to the fields of Transrational Peace Philosophy and Elicitive Conflict Transformation.

If you are interested in partnering with us, sponsoring the magazine or contributing an article, artwork or advertising, please reach out to us!