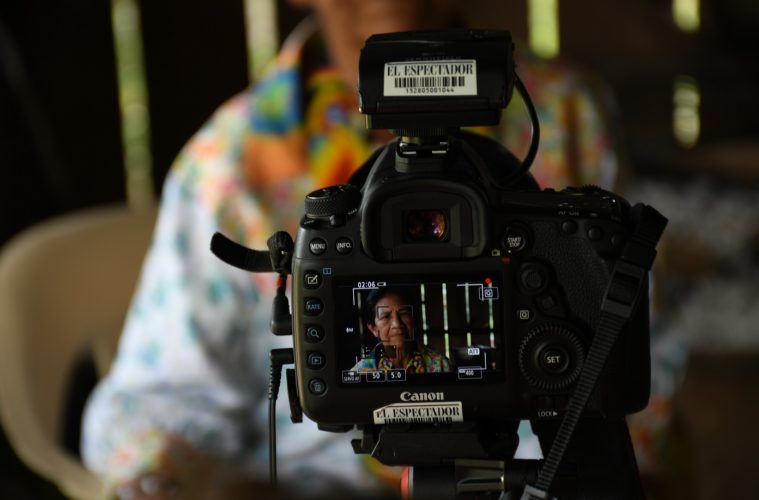 Rousbeh Legatis1. March 2020
Around the World 0

Rousbeh Legatis shares his experience with and perspective on the Colombian peace process and highlights the important role that media and journalists play in creating new Narratives of peace and conflict.

Making the situation more challenging, political appropriation – which occurs often and on a large scale – waters down the notion of “peace” to such an extent that when used as an operational tool in the field and in cooperation with affected communities, it is often met with mistrust or even outright rejection. This makes it even more important, indeed imperative, to critically review the content and form of those socio-political, economic and cultural developments that coalesce into what is finally defined as a “peace process”. Such processes are never linear; they are complex, sensitive and subject to setbacks. Nevertheless, they are meant to inspire and give hope.

With the signing of the peace accord, Colombia is at a crossroads. The implementation of the peace agreements signed in 2016 has unleashed controversial and conflicting dynamics, but this does not lessen their transformative significance for the history and development of one of the most protracted armed conflicts in Latin America.
This is not the first attempt made in this South American country to effect more radical social change via a peace process. Following the disbanding of the paramilitaries (2003-2006), South America’s largest and oldest guerrilla organisation, the Fuerza Alternativa Revolucionaria del Común (FARC), is now embarking on a process of disarmament, demobilisation and reintegration as well. Its ideological struggle continues, but in the form of a political party formed in 2017. This constitutes a new element in an ever-changing actor landscape and consequently the conflict parameters have gradually shifted. The rearming of some former guerrillas and the ongoing problem of the remaining paramilitary structures do not change that fact.
The Colombian peace process is unfolding in a highly polarised society.

The Colombian peace process is unfolding in a highly polarised society.

In a context of social and political fragmentation and profound inequality, it is evolving along divergent trajectories in urban as opposed to poorer rural areas. This is evident from the ongoing political violence, particularly in the latter. The political vacuum left by the withdrawal of the guerrillas under the peace agreement has been filled by other violent actors. Since the signing of the peace accord, 666 leading activists (líderes sociales) and 152 ex-combatants have been killed in rural regions (up to editorial deadline, numbers increasing by trend).
At the same time, the right-wing conservative President Iván Duque, elected in 2018, has embraced what can be described, at the very least, as an ambiguous peace policy. Despite outward assurances that he supports the implementation process – with his demand for the establishment of a “legal peace” (Paz con Legalidad) – a lack of political will to strengthen the key components of the peace agreement can be observed. In line with this, the absence of any decisive political response to the more than 150 murders of demobilised guerrilla fighters (figures vary, some going as high as 190) adds to this picture.
Apart from that, the political negotiations on the new peace architecture in 2016 were characterised by a particularly high degree of insularity, with almost no external communication about the outcomes of the negotiations and how they came about. This was a political omission which had far-reaching consequences for social discourses on the issues of war and peace and for potential transformation scenarios in Colombia. Not only did it lead to an inadequate understanding of the actual content of the peace accords, it also created space for myth-forming and fake news about what had been agreed on.

In the implementation of any peace process, internal and external actors’ perceptions, which are informed by numerous factors, play a crucial role. It is essential that media professionals become aware of them, for they must deal with them on an ongoing basis. Conflict-torn societies are characterised by a multitude of discourses, which overlap, compete and proliferate both vertically and horizontally. They are created and driven by diverse stakeholder groups, state and non-state actors alike. Within these fragmented discursive landscapes, conflict realities are constructed by journalists and media. The news and articles, information and interpretations that they produce become what Gaye Tuchman aptly calls a «window on the world» for their listeners, viewers, readers and Internet audiences.

Within these fragmented discursive landscapes, conflict realities are constructed by journalists and media.

Colombia was never an easy context for journalists. In Colombia, the media have always operated at the interface between political appropriation and oligarchical ownership structures. For that reason, journalists’ willingness to embrace change becomes even more important. Special conflict-related reports, cooperation programmes and a high level of motivation are often the ways in which it takes shape among media representatives. However, the contradictions within the peace process, beginning with the signing of the peace agreement, create their own very specific challenges.
In current civil war scenarios – in Yemen or South Sudan, for example – people are in immediate need of humanitarian aid, so coverage of this topic is part of constructive conflict reporting here. In the phases that follow the signing of a peace deal, once a peace process has been initiated, as in Colombia, further topics open up for the media. For example, journalists must seek out and profile peace initiatives, critically examine peace education strategies, and make visible the tensions and potential ways to transform the conflict scenarios, which are evolving in all directions, which can undoubtedly produce a highly contradictory picture of the overall situation. Constructive conflict coverage – in other words, reporting that meets appropriate quality criteria – must reveal, rather than conceal, the complexities of the conflict.

People ask questions – just as journalists do. And this applies in conflict-torn societies as well. “What happened?” “When, where, how?” “Who is responsible?” “Why did it happen?” and “What are the consequences?” In societies in transition and therefore also in peace processes the answers weave together into a multitude of conflict narratives, informing perceptions of the conflict, which in turn influence the understanding of possibilities for political action. In the best case, this helps to reconstruct conflict narratives. So for conflict transformation, addressing the views expressed, listening to many voices, and engaging with the reference groups that carry this conflict narrative is an important approach.

In the conflict transformation seminars that I conduct for highly diverse groups in Colombia, I often encourage participants to produce a “peace map”. I ask them to draw a map of Colombia using different colours to identify areas where elements of the peace process can, in their view, already be observed. Most participants produce very impressive drawings or graphics which mainly show the areas where violence still prevails. In other words, the perception that a peace process has begun is much weaker or receives less attention, than perceptions of the prevailing structures of violence and conflict escalation.

Although these are merely empirical observations from my practical work, it seems to me that we can derive two imperatives from them. Only if they are given sufficient attention will it be possible for future-proof and relatively nonviolent forms of co-existence to be strengthened in communicative ways in transition/conflict societies. This takes place, firstly, through the diversification of the content of the conflict narratives described above, and secondly, through the integration of new, hitherto disregarded actors into their relevant reference groups.
In transition countries and in peacebuilding processes, the role of the media and journalists thus becomes far more important. This applies specifically to the role of exploring new and alternative information and viewpoints, subjecting them to critical scrutiny and finally feeding them into the public discourse. What is needed are new blueprints for society and an analysis of past events in terms of their complex linkages with political responsibility, and alternative views of what is supposedly “already known”.

In peace processes the answers weave together into a multitude of conflict narratives, informing perceptions of the conflict, which in turn influence the understanding of possibilities for political action.

This is especially important in protracted conflicts so that alternative interpretations and viewpoints are offered. They can open up the possibility for the affected communities, policy-makers and conflict stakeholders to critically review their own perceptions and the patterns which inform them. This urgency arises because people in protracted conflicts construct socio-psychological barriers that tend to perpetuate spirals of violence rather than leading out of them. If no other standpoints or interpretations are offered, the existing conflict narratives can further entrench the conflict identities and cement divisive “us versus them” attitudes. It is in the name of these destructive conflict identities that people reject, marginalise and kill one another.

This summer, I led a seminar for children and teenagers aged between 9 and 17 in the central Colombian state of Neiva. When I asked them to draw a peace map of the kind that I have described, they produced a very large multi-coloured sheet which showed all the places where they already identify starting points for peace. Visions of the possibilities for peace exist. Particularly, it seems, among very young people whose experiences of violence are less deeply imprinted by decades of personal experience. Finding these voices and ensuring that they are heard is an important task for media professionals in peace processes.

Journalists must ask questions, challenge narratives, express doubt. That is their job. But they only create opportunities for change if they offer new information, alternative interpretations and pluralist narratives. It would be naïve to think that the media, on their own, can create peace. They merely identify one possible course of action along the road to peace, whatever form that might take. Nevertheless, their contribution is vital for the socio-political and cultural dimensions inherent in peace processes to unfold and shildbecome embedded. 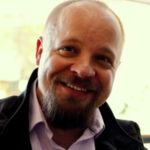 Rousbeh Legatis graduated in political science at the Free University Berlin and works as peace and conflict researcher and international consultant on media-related peacebuilding, conflict transformation and its interrelation with memory construction processes. In addition to that, he covered as UN correspondent for the international news agency Inter Press Service (IPS) and worked in international relations and day-to-day business at the U.N. Headquarters in New York. Currently, he is consulting in various projects together with academia, civil society, state institutions and international organisations in Colombia´s peace process while teaching on peace and conflict transformation in public and private universities.