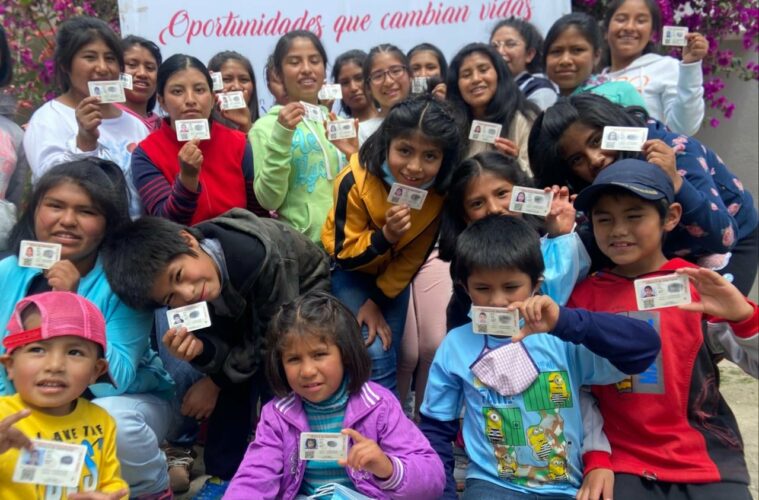 The Unrelatable: How people are cut off from society by not receiving legal recognition

“¿De dónde eres?” (“Where are you from?”) – this was always one of the first questions when I met new people during my time in Bolivia. Belonging to a nation-state is part of our contemporary understanding of identity and interpersonal relationships. The consequences of not belonging to a state or not even having legal documents which confirm one’s existence go much further, creating borders within society. Education, fair work, political participation, health care and much more are denied to millions who are not recognized as citizens of any state or even lack fundamental identification documents like birth certification. To ensure that all people have access to their elementary rights, a variety of human rights organizations are campaigning for the right to identity. As a member of the association ALALAY Austria, I report about stateless people and how we can act in solidarity to overcome bureaucratic borders together.

Since the death of Luca’s parents, he has lived in various children’s homes. At the age of ten, he came to a children’s home run by the children’s rights organization ALALAY. He attended school but did not receive a certificate due to lack of identification documents. Since Luca was never registered, our social workers accompanied him to the court to facilitate legal registration. The recognition of an identity often becomes a lengthy, seemingly hopeless process, as the main requirement is that family members confirm the child’s identity. If, as in Luca’s case, no family members can be found, a court must declare the child’s name and date of birth to be legitimate.

Thanks to the support of the initiative Yo también cuento – Jedes Kind zählt!, Luca received his first identity card after almost two years of bureaucratic procedures. Finally he could officially attend classes and receive certificates. In the future, he will be able to learn a profession, exercise his right to political participation in elections, and finally find his own path. I am very glad to know that our team in Bolivia will continue accompanying him towards a self-determined, happy life.

Yo también cuento! – How the lack of state registration is combated in Bolivia

In low-income families in Bolivia, children are often delivered at home and not registered due to lack of financial resources. UNICEF Bolivia estimates that approximately 5.81% of children under the age of 18 in Bolivia do not have identification documents. With a total population of about 4.45 million children and adolescents, this corresponds to 258,545 people affected. Obtaining proof of identity on one’s own is expensive and complicated. Often, entire families are affected by this phenomenon, and with each unregistered generation, it becomes more difficult to find out the necessary information.

With the initiative Yo también cuento (I count too), ALALAY in cooperation with the British organization Toybox has been providing targeted support to children, young people and families in researching their origins since April 2018. Our social workers provide them with the necessary documents and accompany them to the authorities. The fees are financed by donations. Another important part of the campaign is awareness-raising public work and discussions with people in Bolivian and Austrian institutions. Talks with the relevant Bolivian authorities are sought in order to develop practicable and sustainable solutions. Within the campaign “Yo también cuento – Jedes Kind zählt!” in  Austria, we discuss the problems of stateless people with students. Moreover, we seek donations, which are used entirely for the costs children and their families face in obtaining proof of identity in Bolivia. Since April 2018, 1361 identity documents have been issued and our social workers informed 139 officials of the plurinational state of Bolivia about the living conditions of street connected children without identity documents and raised awareness about their rights.

Yo soy Bolivia – A new decree of the Bolivian government

On January 6, 2022, Bolivian President Luis Alberto Arce Catacora promulgated Government Decree No. 4655, entitled Yo soy Bolivia (I am Bolivia), with the goal of providing free identity cards to all institutionalized children and people living on the streets. Government Minister Eduardo Del Castillo stated: “An identity card is more than a simple identification document for a person; an identity card means having access to all the rights and benefits that the plurinational State of Bolivia offers us.” Almost four years after the launch of the ¡Yo también cuento! campaign in Bolivia, this news inspires hope in many of those affected.

Statelessness in Austria and worldwide

If a child is not officially registered at birth and thus not recognized by the state, they are considered stateless. The United Nations High Commissioner for Refugees (UNHCR) estimates that there are ten million stateless people worldwide, and about 600,000 in Europe. They lack basic rights such as access to health care, the right to education, to formal and fairly paid work, and to a political voice. This means a life of fear and worry.

In Austria, statelessness primarily affects unaccompanied children fleeing war and exploitation. In 2016, 11,528 people, including 6,910 children (up to age 14), were officially categorized as “stateless”, “nationality unknown” or “nationality unclear.” By 2022, the total number of people in these three categories has increased to 18,884. The different designations have arisen because Austrian federal law does not contain a definition of statelessness. This is just one example of the Austrian state’s failure to meet the requirements of the UN Convention relating to the Status of Stateless Persons, signed in 1954. Almost half of the stateless persons in Austria live in Vienna, followed by Lower and Upper Austria. The exact number of stateless people in Austria is difficult to ascertain, as only persons who have applied for international protection and are legally residing in Austria are recorded in the central population register.

A child born in Austria acquires the citizenship of their parents on the basis of the principle of parentage. Children of stateless parents have no general right to Austrian citizenship. According to Section 14 of the Austrian Penal Code, children born stateless in Austria are exempt from this rule. However, they can only submit a facilitated application for citizenship from the age of 18 and have only until their 20th birthday to do so. According to the UNHCR, this is just one of several violations of the Convention on the Reduction of Statelessness, which Austria signed in 1961. More than two-thirds of the stateless people currently living in Austria were born here.Statelessness prevents many from being active members of society who contribute to the common good and benefit from the social services of a state. In many cases even basic human rights like the right to fair work or the right to healthcare are violated, especially when those affected lack a general registration of their identity. Despite the high number of stateless people, the issue is not given enough attention in public and political promises for improvements are often not held, maybe because many of those affected can not use their right to political participation. In Bolivia, ALALAY will continue the project Yo también cuento in coordination with the State Personal Identification Service to ensure compliance with Supreme Decree No. 4655 and enhance those affected in using their participative rights in society. In Austria, we hope that our campaign among others will lead to a political change for stateless people. This can only happen if we keep on raising awareness about the problems stateless people face and stay open to relating ourselves to those who are inhibited in doing so. 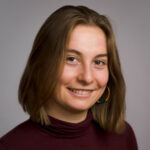 Shortly after her volunteer work with ALALAY in Bolivia, Magdalena started studying psychology in Klagenfurt in 2019, where she is currently writing her bachelor thesis on sexuality-related communication in foster care institutions. As she wanted to stay in touch with ALALAY, she has taken the opportunity to lead the campaign Yo también cuento – Jedes Kind zählt. For any questions or interest in getting involved in the project, she will be happy to receive your messages to magdalenagr@edu.aau.at.

As a private non-profit organization, ALALAY works with children in the streets of Bolivia to create a better perspective for their future. The non-governmental organization was founded in 1990 by the Bolivian Claudia Gonzales. The Bolivian consul Cecilia Baldivieso de Witzany and her husband, the former ORF presenter Walter Witzany, founded the association ALALAY Austria to support ALALAY from Austria. Among other things, the association takes over the organization of sponsorships, fundraising and the coordination of volunteer assignments.

The term ALALAY comes from the language of the Aymara, one of the largest indigenous groups in Bolivia, and means I am cold. The name was chosen by the children themselves and reflects the physical and emotional coldness that the children suffer from on the streets. The goal is to give them back security, stability and the chance for a happy childhood and adolescence through schooling, medical care and psychological support. At the same time, depending on individual possibilities, social work programs support the children in growing up in their biological families or accompany them when reintegration into their families is possible. The project is based in Bolivia, in the two largest cities of La Paz and Santa Cruz, where it is present with street work, prevention programs and several children's villages.

More information about ALALAY and ongoing projects can be found at www.alalay.at and on the Facebook page Verein ALALAY Austria, NGO at www.facebook.com/alalay.at/.
We offer many possibilities for internships in Bolivia for students of psychology, pedagogy, social work, media and communication, social sciences and business administration. In Austria we are available for workshops, lectures as well as for your questions and your own ideas: ALALAY Austria offers a lot of space for creative personal engagement, which can be transformed into campaigns, events and much more. Feel free to contact our volunteer coordinator Anna Antensteiner: a.antensteiner@gmail.com