The Reconstruction of the `Other´ by Euro-sceptic and wing Populist Parties: A Critical Discourse Analysis of the 2014 European Parliament Election Campaigns

The success of the Eurosceptic and right-wing populists parties during the European Parliament Elections of 2014 took many by surprise. In my opinion however, it revealed a sense of resonance these parties had struck within the populace. Observably, they argued that they represented the ´people´ which existing political foundations had failed to do. In the same line, they strongly  used different mechanisms to underline who did and who did not belong to the ´people´, making immigration highly politicized. Interacting with the campaign material from three parties the United Kingdom Independence Party (UKIP), the Freedom Party of Austria (FPÖ) and the Alternative für Deutschland (AfD), the aim of my research was to examine how the arguments about the ‘other’ were built. Having observed that security and fear were key categories in mobilization, I came to the conclusion that to a large extent, these parties capitalized on a ‘politics of fear’. Arguing that ‘othering’ is a form of structural violence against the outer groups, I examined how this discourse endangered the rights of the minorities.

I experienced my thesis writing process as a beautiful and challenging journey. It was complicated to find the right lens at the beginning. Living, as an immigrant in Europe, I had been in a process of negotiating my sense of belonging and many painful memories were triggered at first. Having acquired the necessary distance however, I loved diving into my research material and the available scholarly works. 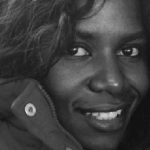