With his camera the Tyrolean filmmaker Sananda Kirschner followed a generation of peace students for an entire semester. He interviewed current students, faculty members and alumni about their experiences in Peace Studies and their notions of a concept that has many meanings. We have talked to him about this remarkable project. The interview was conducted by Adham Hamed.

MPM: How would you describe yourself as a person and filmmaker?

SANANDA KIRSCHNER: I am someone who feels a little bit different than most people of his age group. I have other things in mind. For example I have never stepped foot in a disco; this is something that does not interest me at all. When I know that at the other end of the world a rainforest is cut down or a tragic event is happening, I simply cannot sit passively. What occurs in the world makes me unable to rest.

I am very grateful to be born in Austria, a country that has granted peace to its people for more than 70 years. And I am especially thankful to have grown up at Native Spirit, a place that has enabled me to freely pursue my interests since my early childhood. Over time, I took interest in alternative topics like fringe science, according to which the earth might have been visited by an extraterrestrial civilization in early times. Such provocative ideas go beyond the limits of the social status quo and have always fascinated me. So, to summarize, I could describe myself as someone who tries to make the most of his short life on earth. Thanks to my experiences and opportunities, I strongly feel that time is precious. I believe that it is important to provide impetus for the future. Even if our acts, as individuals, are small and seemingly insignificant, we can move the world.

One way of giving people impetus is by making movies. My aim is to create an enhanced audiovisual experience that deeply touches the audience’s emotions. I like combining clear, sharp and beautiful shots with emotional music. Pictures and music produce emotions that can move us positively and increase our motivation. I hope that the people who watch my documentaries can be moved in this way. I want to arouse their inner emotions – emotions they might not even be aware of. I see so many people sitting in the train or bus with a grumpy, unhappy face who actually have a treasure inside themselves and do not know about it!

MPM: Why did you decide to create a movie about the Innsbruck School of Peace Studies?

SANANDA: The idea itself to create a movie arose in January 2014. In fact, my father is the one who told me about it. At the beginning, because of other ideas I had in mind, I was not sure if I would realize that project. Then, it became clear to me that I would make a movie about the Peace Studies in Innsbruck. Since Native Spirit has played an important role in the Peace Studies for a long time by offering a spiritual approach to students, I can say that I grew up with this program. Thus, I realized by myself that it is a unique, versatile, thoughtfully organized and valuable program, although it is not as well-known as it could be. Through my project I want to give the program – which stands right in front of my door in Innsbruck – the possibility to get more media attention in online forums and beyond. In that way, those who have a potential interest in peace work  have can get a first look into the theoretical and practical contents of the Peace Studies. In my eyes, the Innsbruck School is only at its beginning. It is very young and has great potential. I hope that this movie will help the tree of international peace work to grow further. Masters of Peace is intended to pay homage to Wolfgang Dietrich’s work and to everyone who has made a contribution to the Innsbruck School.

MPM: What are your artistic intentions behind this movie?

SANANDA: In terms of art, my primary intentions are to show through images combined with touching music and personal interviews how each of us, independently from our culture and religion, can become a peace worker. I want to sensitize people to the large topic of peace(s) and lead them to reflect upon their own inner peace. We often forget to listen to our inner peaceful voice and find peace in ourselves.

Nowadays, western democratic countries impose their definitions of peace upon other countries at the other side of the world, their primary aim being to grab resources instead of helping civilian populations. It is for example proven that the Iraq War has been provoked by lies spread in the media. This preoccupies me and makes me very angry because it is unclear if people are helped or not. Therefore, I appeal to everyone who is in peace with him/herself to do something for peace instead of leading war for war always follows one principle: get the power.

MPM: How did you experience the process of producing the movie?

SANANDA: I was able to get an insight into other activities outside Native Spirit! That was very interesting and gave me a change of perspective. In addition, I learnt a lot on camera work and editing. So, this film and the shooting helped to my own development. It took me to another level, which amazingly it happened automatically. When I watched again my very first documentary (Crop Circles 2013), I realized how much I would change it if I cut it once more. But I am also happy with my first project. Who you are as a film designer is defined by the way you look at things. And one of the things you constantly do is question what you did in the past so that you constantly redesign and develop your abilities and senses. My first film project enriched me a lot and today I cannot imagine planning a new project without that experience.

MPM: What have you been able to take with you from this experience?

SANANDA: In addition to the cinematic experience, I gained something else. The motivation of the students in their role-plays and their efforts to deal with themselves rose my attention and gave me hope in the fact that planet Earth and humanity are not lost, so to say. In the Innsbruck School I do not see any competition among students but rather people who are strengthened and renewed in their personality, hence more capable of contributing to peace. I wish the program and all the students the best for the future and to be actively involved in peace in one form or another. 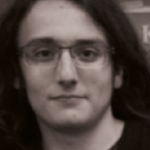 Sananda Kirschner is 17 years old. He grew up and lives together with his father Peter Kirschner in Tyrol at the International School of Life & Nature called Native Spirit. Beside school, he has become an independent filmmaker and founded his own film company, “Native Spirit Media“.