Our very own Etienne Salborn from Berlin, generation of Winter and Summer Terms 2012-2013, is the founder of the Social Innovation Academy (SINA) in Mpigi Town, Uganda. SINA is a place where the impossible becomes possible, where dreams come true, and worldviews change. SINA is the first innovation centre of its kind in Eastern Africa and a unique learning space that could become a model for project-based learning around the globe. The philosophy is that everybody has potential and creativity, which can be unleashed in a curious way. At SINA scholars have the space to explore their own talents beyond conventional ways. The focus areas in this academy are empowerment, transformation, sustainability, innovation, (self-)leadership, and change of perspectives.

During the planning phase of the establishment of the Academy, Etienne was highly inspired by the experience and knowledge he gained within the field of Peace Studies. More specifically, he used the idea of a practice-oriented approach. The elicitive approach is also central at SINA as empowerment emerges from processes that promote participation in discovering appropriate responses to identified needs and challenges among the scholars of the academy. Regarding the education system in Uganda, Etienne introduced ideas, based on Freire’s education philosophy, which he developed during his semester in the Peace Education Department of the University for Peace (UPeace) in Costa Rica, one of our partner universities. This journey inspired and helped Etienne to embrace his own potential in order to make his vision come true.

Etienne has an extensive working experience in Uganda, where he first served his civil service as a volunteer in an orphanage. By the end of his service in 2007, Uganda had made such an impact on him that he decided to continue his work with the orphans. The orphanage could, at this time, only provide primary education. Then, the children would be left on their own at the age of twelve or thirteen. In 2009, Etienne managed to establish Jangu, an NGO that could allow these children to pursue their education at secondary school level. Jangu means “come [here]” in the Luganda language. It started as a small initiative, with ten children, and has since expanded into a bigger project involving international donors.

In Uganda the youth unemployment rate is  83% and young people can hardly find any work without higher education. There are possibilities to find occasional, physically hard work, but this is something students could do without any education as well. Due to this reality, the school dropout rate is high. Even after finishing secondary school, it remains difficult to experience social mobility. Etienne decided to do something about that, which is the reason why SINA was established. The aim of the academy is to reduce school dropout rates, develop alternatives to the colonial educational system and at the same time create new working places by empowering youth to discover their potentials and abilities.

Education can either empower youth to transform the world, or it can socialize the younger generation to fit and follow the rules and structures of the older generation.

SINA handles these structural challenges through facilitation and self-led employment. Scholars and facilitators work, live and learn together while discovering their potentials and developing their ideas into social enterprises. Although Etienne is the founder of the academy, he has no higher rank than the other facilitators and scholars. The academy started operating in May 2014, with fifteen scholars and fifteen facilitators. Eight of the scholars are from Jangu and seven from the communities around the capital, Kampala.

While introducing this new approach to the scholars, the first phase was all about changing mind-sets. As the scholars were accustomed to hierarchies, structures and orders, it was necessary to focus on values such as equality, creativity, awareness and self-leadership. Different tools such as Non Violent Communication, Theme Centred Interaction and Active Listening were introduced with the aim of integrating alternative mindsets. During the preparation process, the scholars were also trained to take initiative and responsibility. The first steps of project-based learning were facilitated by two of Etienne´s colleagues from UPeace, Ted Cuevas and Mansi Panjwani.

The innovative learning experience started as soon as the project was launched, because until then there were no facilities to work in. Since the facilities of the learning spaces had to be constructed and to really embody the concept of sustainable project-based learning and innovation, the SINA team decided to build their facilities from start to finish together. The learning spaces are made of bottle bricks, following the concept of ‘upcycling’, a process which entails creating new products from waste materials. Thousands of bottles, which otherwise would have been burnt, have been collected. In a next step, the bottles were filled with soil. This method is efficient in multiple ways, because the bricks are free of costs and they are environmentally friendly as the waste is reduced and the raw material is used to create something of higher value. The construction itself is part of the curriculum of the academy. So far, they have managed to build two learning spaces, the objective being to construct fifteen.

This fosters empowerment, creativity, innovative skills and sense of ownership amongst the scholars. It also enhances confidence and understanding that by working together and using their own ideas they can transform their challenges into a better future and environment. This is a great example of how scholars can use the potential that lies within their challenges and conflicts, by applying creative means to transform and  create a dignified and content life.

The scholars at SINA are free to design their own projects in small groups. They are holistically mentored until the realization of their innovative projects. These projects range anywhere from social, technical, agricultural and artistic, to mention just a few. In this open learning space, they are the essence of the academy’s curriculum. The scholars are rather encouraged to find helpful information that is useful for their projects and then decide autonomously how to employ it in a constructive way. The only condition is that it should be beneficial for society, the environment and the group.

The academy is run in a sustainable way. In addition to their projects, all the scholars have to take part in different responsibility groups. These groups have to cooperate and stay synchronised, in order to fulfil tasks from fundraising to checking that everything at the academy is done in a sustainable manner, but also to learn how an organization can function. Learning by doing all the way through is central to SINA’s philosophy. Moreover, a fundamental idea is that the academy will be self-sufficient and eventually run by its own scholars.

SINA´s vision is to develop by collaborating with local partners. Their goal is to be entirely democratically governed and led by Ugandans themselves so that there will be no need for the current facilitators at the academy. Etienne and his team of scholars and facilitators have certainly created a place where education can be used as a place to empower youth to transform their world.

If you wish to know more about Etienne´s work in SINA you can read his thesis: “Prototyping a Freesponsible Solution for Uganda´s Educational Challenges”, which is based on this project. In case you would like to contribute and support this project in any possible way or volunteer in Uganda, please contact Etienne. 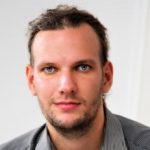 Etienne Salborn is a social entrepreneur and changemaker-maker, German by blood and Ugandan by heart with a Master’s in Peace, Development, Security and International Conflict Transformation from the University of Innsbruck. In 2007 he started the German NGO Jangu e.V. and in 2014 the Social Innovation Academy (SINA) in Uganda. Etienne is also part of the Ashoka Changemaker Community and previously mentored enterprises for the Tony Elumelu Foundation, Social Impact Award, ampion and the Startup Cup. In 2018 Etienne was recognized as MIT D-Lab Innovation Ecosystem Builder and Evolutionary Leadership Fellow. 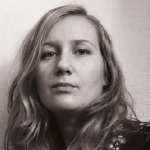 Emina Briga is currently based in Norway, researching Identity and Belonging among Bosnians in Norway through the lens of Active Citizenship.