How do we human beings grow into who we are supposed to be? How can we use intuitive, embodied methods of research to understand a process of individuation and transrationality? These were important questions in my research project. My ambition was to investigate the expansion of beingness as a process of becoming in the frame of a Master thesis. I searched for methods of introspective research that would enable me to understand more of my unconscious and to heal psychological complexes. I conducted a field trip that included a stay in a Zen temple and a Vipassana center in South-Korea, as well as a two-month course in Butoh dance in Denmark. However, equally important was the actual writing process. Writing, and other forms of self-expression, I realized, is an act that includes both being and becoming. Writing is an act of vulnerable self-revelation, but it also includes a state of mere beingness. This initial duality spurred my interest in dialectical relationships.

The core of my project became an exploration of the process of becoming and being through a re-reading of Carl Gustav Jung’s theory of individuation in light of Wolfgang Dietrich’s concept of transrationality. One of the similarities in these two theoretical strands is the emphasis on the integration of dualisms leading to individuation and to transrational thinking. Inspired by theories of alchemy, Taoism and tantra, I explored the notion of the dualisms further by looking specifically at crossing polarities, similar to the four directions of the body. A vertical axis symbolizes the duality of this-worldly and other-worldly aspects of the human experience and a horizontal axis, the masculine-feminine aspects that both men and women consist of. I discuss whether these four directions could represent a new cartography for individuation processes.

I only recently finalized my thesis and still it is difficult to explain how this whole experience has affected me. I feel proud to have been able to write a text that feels true to me. This is my second Master thesis and I realize that each new academic writing project allows for a deeper and clearer voice. Maybe not surprisingly, I have also come to see that it is not merely I who author the text, but that I act as representative of others who want these questions to be posed. 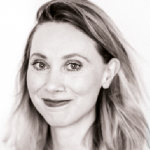