This article explores my early impressions and reflections of a theater workshop with Muslims in Stuttgart, Germany, which is grounded in my research interest in the concept of self-unfolding in Islam and my knowledge of the Theatre for Living – an altered form of the Theatre of the Oppressed. From my experience, theater can serve as a powerful tool to look deeper into different personal and societal dynamics that lead to conflict. In classic theater, tension and the characters’ struggles captivate the audience and carry them into different emotional spheres, such as fear, anger, sadness, or hope. It is here where drama takes place and where spectators could become more than passive viewers of actions, if they can identify with the actors and their struggles based on experiences from their own lives.

Augusto Boal (1931-2009), Brazilian theater director, writer, and so much more, understands this critical moment of sympathy as an opportunity to mobilize people. He reveals a truth that we often oversee in our daily life routine. The truth that we are all actors and that our actions have immediate consequences on the lived experiences of others around us, but also on ourselves. In the International Message of the World Theatre Day in 2009, Boal points out that “being a citizen is not living in society, it is changing it.” During times of brutal oppression by the Brazilian regime in the 1960s, he revolutionized the theater, hoping to spark a revolution. Inspired by Berthold Brecht’s epic theater form and Paulo Freire’s concept of the pedagogy of the oppressed, Boal’s aim was to empower those who have been deprived of their human rights. By inviting people from the audience to come on stage and to jump into the role of one of the oppressed characters, Boal created a theater technique that allows audience members to explore the liberation from oppression and to apply the insights gained from that experience in their daily life struggles. Thus, he transformed the stage from a platform of performance and entertainment to an experimental space for understanding and responding to the struggles of the oppressed.

Unlike Boal, who was influenced by Marxist theory, Canadian theater director David Diamond developed a new approach to this technique, in order to create a dialogue in communities and transform conflicts. Moving away from the binary language of oppressor versus oppressed, he draws what he calls Theatre for Living from a systemic approach and feels particularly inspired by Fritjof Capra’s systems theory. The systems-based perspective understands that a community is a living organism. People who oppress others are not only perpetrators, but are also victims of the society. We shape the world around us and are simultaneously shaped by it. We are constantly influenced by the feedback of our fellow human beings, which contain expectations and judgments, and finally form ideals in our minds. As a consequence, we tend to hold up certain images of “how things must or should be” and live up to patterns of “how things must or should be done.”

However, what happens if the way we want to live, or choose to live (if we have such privilege), is not equivalent to the way we should live? This question answered itself for me when I started struggling with my Muslim identity – just as being Muslim took the shape of an ideal, which I was unable to live up to. I quickly realized that I had to change my inner attitude in order to transform my internal battleground into an ocean of transformative potential.

I quickly realized that I had to change my inner attitude
in order to transform my internal battleground into an ocean of transformative potential.

Certain that I was not the only one with such identity dilemmas, I sent an open invitation to Muslims living in Germany to participate in a theater workshop led by Austrian theater pedagogue, Armin Staffler. The purpose of the workshop was to explore the inner struggles of individuals who face difficulties while pursuing an authentic and self-directed life. The five-hour workshop took place within the framework of my research on self-unfolding in Islam, whereby my aim was to identify boundaries set through social roles. Hence, I did not focus on the transformation of personal conflicts, but on gaining knowledge about the context that leads to dichotomy and inner struggles. In this case, I applied the theater technique as a methodological tool to acquire knowledge and to then further engage with it academically.

On a summer Sunday afternoon of July 2015, eight Muslim men and women, myself included, came to Stuttgart and provided insights into their own disputes that are linked to their religious identity. All participants were familiar with moving between cultures. They were either of German origin, had embraced Islam and adopted a sense for religious and spiritual practice, or they were of non or half German origin and had been raised with a Muslim identity as children. In all cases, they jump between their family culture and the culture of their respective community and broader society, while trying to define their own standards as well as avoiding to attract attention by being different, simply because they want to fit in and be considered “normal.” However, recognition and acceptance seem hard to be maintained when expectations and social scripts vary from the different social clusters we move in. Often, the different images received do not resonate with our own positions and standards and sometimes, they even compete with each other.

Despite the various cultural backgrounds and Islamic orientations represented by the group (the invitation was purposely directed to several Shia and Sunni Muslim organizations in the hope of having different traditional, liberal, mystical and conservative interpretations of Islam present), the participants shared their struggles with fulfilling social roles and remaining true to themselves. This is not solely a challenge for Muslims, but I was curious about which concepts particularly stand in their way and prevent them from unfolding their true self.

Picking up on the general notion about Muslims, I expected to allocate mainly religious concepts that seem hindering; yet, although I considered the possibility, I was surprised about the strong tendency towards defining stigmas presented by non-Muslims as boundaries. Just like social roles, they have a restrictive impact on the person. Thus, the examples offered by the group were fairly divided into social roles and stigmas received from the Muslim and non-Muslim community.

Before elaborating upon them, I want to introduce briefly an exercise called “Cops in the Head.” It was developed in the 1980s by Boal and his wife, a psychotherapist,  during their exile in France. The exercise brings to life authoritarian figures in one’s mind, which either tell you what to do, even though you do not want it, or what not to do, even though you do want it. Such voices, or “Cops,” are internalized through social influence and control. The methods used in the workshop were aligned with “Cops in the Head” in order to foster a dialogue about the individual cases of the participants.

During the workshop, two female participants expressed their former experiences with a constricting gender role. They were both confronted, one by her husband and the other by her hopeful mother-in-law, with religious justifications, which they identified as cultural and societal misconceptions based on a patriarchal worldview. Seeking knowledge, they explored that such gender norms can be expanded within the framework of Islam, thus providing them confidence with their Muslim identity. Although this does not transform the conflict with the respective person, it eases the tension within themselves.

It is more complicated when facing stigmas, which I define as mainly negative images drawn by someone else, and which lead to the fact that the unknowing artist does not see the actual person, but rather his preconceived image about the person. Then, the challenge lays in liberating oneself from the needs to receive respect, acceptance and the like by others and not in transforming internal “Cops.” Nearly all participants shared a story about being annoyed or frustrated about the repeatedly occurring situation of justifying why they are religious, i.e. fast during Ramadan, pray, or refuse the consumption of alcohol or a loan from the bank after a critical assessment of the interest system.

Moreover, it is of great concern when stigmas take discriminating measures. One female participant explained that she was offered a job at the marketing department of a bank after successfully accomplishing an internship and proving her qualifications, provided that she abandoned her headscarf. Another male participant shared his dismay about being repeatedly declined by tenants, because his wife is covering her body contours with a long and loose-fit garment that reveals her face and hands only. Despite his wife’s intellectual qualifications and skills, her clothing also prevents her from attaining a job, which puts more pressure on him to carry the financial responsibility for the family and leaves her on the margins of society.

As for the framework provided in Stuttgart, we did not explore such dilemmas in detail and could only go in resonance with the individual characters mentioned in the stories. That means we did not try out possible ways of responding to internal and external conflicts that result from misconceptions, even though the theater as a conflict transformation tool suggests to do so. Nonetheless, the Theatre for Living has many techniques in its repertoire to further engage with such topics in the future and open up the closed Muslim group to a religiously and culturally diverse circle. Experiencing the role of others on stage and realizing that we have much more in common than we think can be very powerful and break down walls. That is, at least, what I deeply wish to achieve in our society. 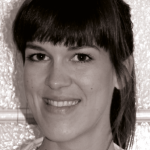 Lena-Maria Drummer conducts her research on self-unfolding in Islam as part of her master thesis. She is currently pursuing her M.A. Degree in Peace and Conflict Studies at the University of Innsbruck. Lena-Maria lived and worked in the NGO sector in Egypt, where she became a cross-cultural facilitator. Her aim is to bridge differences and overcome misunderstandings using elicitive conflict transformation tools, such as theater. She focuses specifically on the relationship between Europe and the MENA region, as well as between Muslims and non-Muslims in her home country Germany.