I sit in a huge theatre tent and stare at the screen of my video camera. I can feel the arm of a Sri Lankan co-audience neighbour pressed against my shoulder – the tent is so packed that I am struggling to move my camera. I capture a close-up of an actor’s face who is dressed up as a bull and dancing energetically on stage – his movements carried by the fast beat of local drums. Suddenly he stops. The drums echo for a few more seconds before they quieten out and another melody takes over: the call of prayer from the mosque next to the theatre tent. I zoom out from my previous image. And there they are standing: three actors frozen on stage.

The bull rests quietly, his arms dangling at the side of his body. Everyone listens to the call of the prayers: The Muslim, Buddhist and Christian viewers as well as the Tamil and Sinhalese actors. Everyone seems united in paying respect to a minority religion of the island. Impressively, this happens in a country which was until recently tormented by an ethno-religious conflict. The prayers soon come to an end. The actors and musicians exchange a short look. Then the drums send their rhythms through the tent again and the bull picks up his impassioned dance. It is the continuation of the same scene, but the feeling inside the tent has changed…

I witnessed this minutes when I produced a documentary film about the theatre group Janakaraliya which uses their art to foster social harmony in Sri Lanka. The above situation is only one example of how the theatre team allows the viewers to experience inter-ethnic respect viscerally. As an active observer, I have learned the power of creating images and involving emotions; powerful resources, which Janakaraliya highly draws on in their work – a beautiful way to help transform attitudes in a society…

Janakaraliya – Theatre of the people

I visited the multi-ethnic theatre group Janakaraliya in July 2015, six years after the end of the protracted ethnic conflict in Sri Lanka. Almost three decades of violence has left the Sri Lankan society highly polarized along ethnic lines with additional language barriers separating the communities. The employment of identity politics by both conflict parties have deeply alienated the ethnic groups and created a climate of distrust between the ethno-religious entities. The members of Janakaraliya regard the rebuilding of these relationships and the promotion of dialogue between the antagonist communities as a major necessity to rebuild a stable, pluralistic society.

Janakaraliya sees peacebuilding and the arts not as a product but as a social process. It is not so much about the content of the plays, but about the emotions and experiences the arts can create.

To contribute to this, they assembled Tamil, Sinhalese and Muslims youth to form the first multi-ethnic theatre group of the island. Through theatre training and the translation of Sinhala plays into Tamil and vice versa, all actors gained the ability to speak and perform in both languages, therefore being able to cater to all communities of the island. Both in times of war and peace, the group has toured the island with a mobile tent and performed their much awarded plays in rural areas.

I would like to share some personal insights from the performances I attended and highlight some of their strategies to promote peaceful coexistence through performance which allow the audience to experience “frozen moments”.

I remember that during the first performance, I was struck of the socio-economic diversity I experienced inside the tent. I noticed for instance, women with head scarfs sitting in the same row as a group of priests; women dressed officially in elegant saris seated right next to villagers. In the public discussion after the show, most viewers declared that theatre is restricted to urban areas and unaffordable for a large part of society. It is their interest in the arts, the high quality of Janakaraliya’s productions and the specialness of the event – offered at low cost – that helped to unite all social groups in one location. With this, Janakaraliya was able to create a moment of peaceful coexistence under one roof – allowing the audience to be in a multi-ethnic environment.

Performing together in harmony

After assembling a diversified crowd, the multi-ethnic constitution of the team proved to play a major role in transmitting their message of inter-communal harmony. However, the group’s ethnic diversity is not advertised overtly, but comes across through subtle elements observed during the performance: In the plays I saw, both Tamil and Sinhalese actors performed in the Sinhalese language. The Tamil accent in some of the actors’ pronunciation was a first hint for the audience regarding their mixed ethnic constitution. In my conversations with Sinhalese viewers, they confirm the high impact of realizing the actors’ Tamil background during the play: An interviewee described how his negative feelings towards the Tamils, which he had harboured till then, were overcome when watching the Tamils perform. “We only had eyes for the actor, not their ethnicity.” He shared having felt a real human connection towards a community that was historically viewed with animosity.

After the play, Janakaraliya performs a final ritual: One actor after another greets the audience in their own native language followed by his name and place of origin. A loud applause follows each announcement. Most audience members described this as the most emotional moment of the performance. It creates a powerful visual image of the harmonious multi-ethnic collaboration, which is then visibly appreciated by the gesture of the audience. It creates an embracing atmosphere and allows the audience to experience a sense of brotherhood.

After this ritual, the microphone was given to audience members to discuss and exchange ideas. This dialogue continued informally after the show. I left my camera running unnoticed post the play. What I found in my recordings was a huge crowd surrounding the Tamil main character of the play, some audience members hugging him and engaging in conversations with him. In an interview I learned that in Sinhalese areas it is the Tamil actors who usually hog most of the limelight while the converse is true for Tamil districts. In this case, intercultural arts have acted as a powerful pedestal to bridge ties between members of different ethnicities – a step in the direction of intercommunal understanding.

Unlike life, theatre has the power to freeze time for a moment: whether freezing a dancing bull as an act of respect, allowing vicious applause for inter-ethnicity or motivating a hug with an actor of the other community. Janakaraliya’s work sets an example, transforms emotions and builds bridges. It offers the experiences in the tent as a vision for the whole of Sri Lanka – a vision that starts in those frozen moments.

Stages of Peace from Anna Duetsch on Vimeo.

Summary of the documentary: Almost three decades of ethnic conflict has left traces in the Sri Lankan population and fostered a climate of mistrust between the different ethnic communities. Therefore, the multi-ethnic drama group Janakaraliya decided to pack its mobile theater tent again and tour the island’s rural areas to promote peaceful co-existance. This documentary takes us on a journey from the group’s internal ethnic conflicts to their surprising strategy to promote reconciliation. Can the art bridge the deep ethnic divide left by 29 years of war? 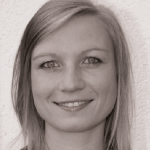 Anna Dütsch has recently completed the MA Media Practice for Development and Social Change at the University of Sussex. Holding a BA in International Development, she worked for Gesellschaft für International Zusammenarbeit in the field of cultural conflict transformation in Sri Lanka. Since then, she produced a series of short films on the relation of theater and social change.