A conversation with Kilian Kleinschmidt, an international networker, humanitarian and refugee expert with over 25 years of experience as a United Nations official, aid worker and diplomat. Many Peaces Magazine Editor Manon Roeleveld has worked with IPA since November 2015 and took the opportunity to talk with Kilian Kleinschmidt about his revolutionary moments.

MMP: Are you a revolutionary?

KILIAN KLEINSCHMIDT: Somehow the revolutionaries and rebels I have met in my life were all corrupted by their own revolution. So actually, I am still looking for a model which really is revolutionary. When I was younger I kept looking for a good rebel and revolutionary who did not corrupt him/herself. That has been kind of frustrating because a revolution usually goes hand in hand with some form of new institution building.

So my key question has been: how can one become a good revolutionary without corrupting oneself?

Building up a new institution or some sort of new system usually triggers power and authority struggles which in the end, corrupt both the people and the original idea. In a certain way, I have experienced that having so many people believing in change, gives me a certain power. I feel that this can be very dangerous because that power can corrupt or turn against me. So my key question has been: “how can one become a good revolutionary without corrupting oneself?”

MMP: What are the preconditions to become a revolutionary?

KILIAN: One has to be very curious. There are a few people in the world who are truly curious. The world has been developing because people were explorers and they were discovering and taking risks and were never satisfied. They would always feel the need to go beyond. These days most people interestingly are not interested. They want to have control over a certain space or certain knowledge but they are not curious to look beyond these spaces.

MMP: What is peace work for you?

KILIAN: It is the art of people realizing there is a bit of truth in everything. The starting point in the building up of peace or a peace project is the presence of people who realize that everybody makes mistakes. There cannot be one reality, nor one truth. Many people are convinced that with their opinion they have that one truth and one reality. Just think about when you are arguing at home, there are always two opinions clashing and the moment where you actually begin to accept that there is also truth in what the other is saying, that is the first step towards peace. It requires a lot of maturity and making this work is a very hard job. Peace work is everywhere.

MMP: What is the relation between peace work and revolution /revolutionary moments?

KILIAN: The problem with a revolution is usually that it is something quite aggressive. It is not a smooth transformation or transition… Revolutions ask for rapid change. So revolution can be very difficult to combine with peace. It is really radically changing something from one day to the next and that means that a number of people, opinions and values are left out and others become powerful.

MMP: Do you think that a revolution is needed for peace in a way?

KILIAN: Well sometimes…the status quo is something which can be very frustrating as well. A slow transition sometimes leads nowhere. For instance in the United Nations, we talk about transformation, improvement, efficiency and things like that. Still, nothing really happens in so many places and so you probably need some radical change to wake and shake everything up.

MMP: What has been the most revolutionary shift in your career as a peace worker?

KILIAN: When I realized that I was working for a system which I had hoped to be able to contribute to and to change, but in fact this could not and did not really happen. It was only one and a half years ago when I quit the United Nations. That was a very revolutionary moment for me as I stepped away from social and financial security and safety. I threw myself into uncertainty. It was a consequence of realizing that this was not me anymore. So I had given twenty something years of my life to then come to the point of realization that it was no longer fulfilling. Yet, I have no regrets taking this decision.

MMP: Looking back to the past year(s), which moments do you recall and would you now describe to be important turning points in the refugee situation?

KILIAN: The turning point clearly evolved during the events around the station in Budapest and the real turning point, at least in Europe, was this moment in which 71 people suffocated and were found dead in a truck here in Austria. These were moments in which it suddenly became very clear that something had to be done to receive these people in a faster and safer way. The refugees showed us that something was going very wrong and that this cannot continue. This is why I am often saying: We should be thankful for the millions of people who came to Europe because they have been shaking us up. It has shown us that globalization belongs to all of us and now the poor come to the rich as they realized what we got and can offer.

MMP: Has this led to the change in mindset or the consciousness of the people in Europe?

KILIAN: Suddenly people are discussing and debating globalization in a different way, they are discussing poor and rich, they are discussing development aid, and people suddenly listen to issues about humanitarian aid. People understand or try to understand, differences between migrants and refugees. These are dramatic changes because poor people from afar no longer came to Lampedusa or somewhere in Greece only. They suddenly came very close to home and breached our comfort zone. This is not like the previous movements we have had in Europe such as the two million Russians of German origin coming to Germany, guest worker schemes, the Hungarian crisis, the Bosnian war and so on. These were all people who were similar to the Europeans. Suddenly we face groups of people with a very different perspective of the world who seem far off from the ‘Western Christianity dominated culture’. We became accessible because of globalization, information technology and rapid connectivity.

MMP: Which revolutionary moment(s) are you hoping/waiting for?

KILIAN: First of all, that our ideas of change actually become mainstream and that what is mainstream now becomes exceptional. This means that decentralized, small, effective and fast capacities resolve issues all over the world without having to go through huge institutions. That is more and more what I see as the quote unquote organization of the future, which is: “that there is no organization.” There are lots of capacities, lots of people who can do something or who know something which lead to both small and big suppliers of ideas, technologies, and know-how. Even to the extent of certain forms of disaster responses, do we really need big organizations to distribute cans and food and things? Or does it, in urgent situations, simply need a fast cash transfer so that people can actually take care of themselves?

MMP: What do you think is needed for that change to happen? Where are the obstacles right now?

KILIAN: I think it is the mindset of those who have that power right now within those big centralized institutions. They will of course not easily accept that the structures they hold onto are something of the past but in a way, I observe that even the multinational and corporate structures build up small units all over the place.

Peace work is the art of people realizing there is a bit of truth in everything.

In the same way, we need to create and decentralize multinational sorts of capacity in order to deliver more effectively. So it happens through raising awareness and knowledge of all of us within politics, and in the end by simply doing it. More and more people in Europe are proactive and self organized when it comes to refugee related issues. Change by doing. Best practice, proof of concept, that is how it works the best.

MMP: What are the preconditions for revolutionary moments?

KILIAN: The acceptance that nothing is perfect and to define and agree on the problem. Most people are very content with what they have. Content in the sense that they are not looking for change. I have always been somebody who has said that nothing is perfect and everything can be improved. It made me look for something different and new all the time. It is a little bit like the IKEA principle. They have produced the shelf, BILLY, five or ten million times and yet they are still improving and changing it. There is never a final version. I think this is the starting point for change and evolution. A revolution might have to follow when it really comes to the breaking point and when there is blockage throughout. Nothing is perfect and everything is possible. Begin to tell yourself a future story and dream the impossible, this will be a moment that invention and evolution begin.

MMP: How does social change occur?

KILIAN: Quite interestingly, we have had social systems developing because the capitalists were getting worried that their workers (expendables) and their profits would disappear. Social structures, institutions and systems are pretty much linked to the worry of the rich, that the poor are really too poor to deliver. Consequently, the first industrial revolution produced hospitals, social housing, public transport and things like that. So a lot of what we are enjoying these days are products of that worry but that is not the true social change.

The real social change is happening when we all, again, realize that the system in which we are living and functioning, is far from perfect. Humanity needs to share what it has got in order to survive. Our aim for Individualism and personal identity does not have to end there as it can lead to us contributing to social change. People need to dare to think ahead, innovate, invent and connect. To connect and share the knowledge we got in this world is our hope to survive. 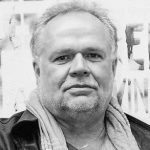 Kilian Kleinschmidt became known as the “Mayor of Za'atari" when he managed the refugee camp of Za'atari in Northern Jordan from 2013-2014 on behalf of UNHCR. Za'atari has become a symbol for new and innovative approaches in refugee and humanitarian management. Kilian is challenging the Humanitarian Aid Sector through his startup -the Innovation and Planning Agency (IPA). IPA, founded in 2014, aims at identifying and matching innovative solutions, resources and technologies with the needs of disadvantaged and displaced people. It reshapes humanitarian aid and development approaches by building sustainable and inclusive systems through global connectivity in its project, Switxboard. Until recently he advised the Austrian Ministry of Interior and currently advises the German Ministry of Development on refugee issues. 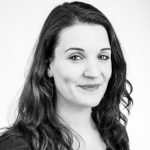 Manon Roeleveld graduated in summer 2015 from the MA Program in Peace Studies at the University of Innsbruck. She was born and raised in the Netherlands and traveled and lived abroad for internships or study exchange purposes in Luxembourg, Greece, Iceland and Indonesie starting when she was 15 years old. She moved to Vienna in spring 2015 where she started working with multiple (international) NGOs. She is currently working as a doctoral program coordinator at the University of Vienna.