Echoes of Trauma – Exploring the transmission of conflict narratives across generations

The stories of your ancestors are not lost; you will find them humming in your bones (Kent, 2011). In this thesis, I explore the intergenerational communication of trauma within families, through the eyes of the third generation after a conflict. The central questions are: how are the narratives of war or violent conflict experiences transmitted across generations within a family until the third generation? And how does the third generation people relate themselves in the ‘here and now’ with what happened to the first generation ‘there and then’? I first delve into how trauma is produced, weaving together the work of different scholars and practitioners. I explore later what exactly is transmitted from one generation to the other after a conflict. Finally, I recover the narratives of six different third generation people whose grandparents experienced violent conflicts. In some cases their stories were transmitted to them openly, whereas in other cases silence and nonverbal communication were the languages through which they received their grandparents’ stories.

In the winter of 2015, while searching possible topics for my thesis, I read a book that shook me like an earthquake. The book was about the Spanish Civil War and the stories of silence, unsaid and secrecy across generations in many families with family members involved in the conflict. I felt the book was talking about my grandfather, about my family and about me. For the first time ever, I became conscious of the traumas my grandfather experienced during World War II and its impact on the rest of the family including myself. The thesis, therefore, is part of a deeply personal effort to come to terms with the story of my own family by listening and learning from other third generation people’s experiences. 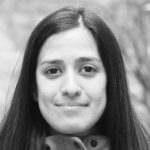