I blocked most of it out. Of my twenty month journey with cancer, I remember few details. There was a lot happening during that time; but what I remember vividly and often is the presence of my peace community. I’m not sure I would have survived that time without the support of the family I came to know and love during my studies. I was diagnosed just days before graduating from the MA Program in Peace Studies at the University of Innsbruck.

My “Peace Family”, as I call my friends and schoolmates, was there with me every step, even from across the world. They provided tremendous support in many different ways. When I felt the pain was unbearable, a postcard would arrive from Switzerland, Kosovo or Dominican Republic and lift my spirits. A friend would skype into a doctor’s appointment, or simply sit on Skype while we both watched an episode of a bad sitcom and laugh, as if we were sharing a couch.

During the week I was in isolation in the Intensive Care Unit, my nurses were shocked when a package arrived from India containing a pillow and pajamas. The doctors were standing outside my room during their medical rounds talking about this strange package when my mom arrived. They told her no one here had ever received a package from India, and they were not sure what to do about it. They felt safest not allowing the “unsanitized” items in my room, but as my mom held up the items through the small window of the ICU door for me to see, I could feel the love just the same.

I was thrilled when he suggested that we read some quotes to the bag of marrow, so the positive energy would flow into every part of my body. This became a tradition before each blood transfusion.

In our studies we learned to make things with genuine love by surrounding yourself with music and laughter as you worked to craft a meal, pouring in all your positive thoughts and love so the consumer could feel it in every bite. The support of these friends was like being surrounded by a large group of peace doctors who knew exactly which pokes and prods would bring good to the world and to my body.

My medical team of scientists were not used to these non-traditional therapies. However, it didn’t take long for them to see that this international community of support and love was having a huge impact on my wellbeing. Soon, my doctors began to embrace it. I’ll never forget the afternoon of April 4, 2012, when I received my bone marrow transplant. My doctor completed the extraction of one litre of marrow from my sister Shannon’s hipbone. He brought in the bright red magical bag that, if all went well, would give me back my life. As he sat next to me, explaining the process that would follow, he noticed a small glass jar of notes on my bedside table. Because he now understood that I was integrating peaceful healing techniques with the western medicine provided at the hospital, he asked what was in the jar. I explained that a dear friend had sent me positive quotes to read on tough days. I was thrilled when he suggested that we read some quotes to the bag of marrow, so the positive energy would flow into every part of my body. This became a tradition before each blood transfusion.

Although my doctor tried to be open to my wishes for natural healing, we had occasional disagreements. A year before being diagnosed, I was trained in Reiki. The way I understand and practice Reiki, one can heal by intention. By envisioning so completely and so genuinely for someone to be relieved of pain, and by sharing that positive energy directly with them, one can heal. When I first discussed a natural healing path with my doctor, providing reiki, shamanism, and eastern herbs as suggestions, he explained that while he believes these techniques are great as preventative therapy they would not provide the biological response my body needed. I was not happy with this response, but I was too exhausted and too weak to protest. After undergoing the necessary transplant, I defied the expectations of my medical team by not only surviving, but by thriving and living a very healthy life. I believe this is thanks to a perfect combination of science and love.

This was confirmed when two friends came to pamper me shortly after the transplant. They came equipped with nail polish, lotions, and healing crystals. All the buzz in my hospital room had been about “engrafting”, which is a sign of a successful transplant. We watched lab numbers for days, looking for an indication of acceptance of my sister’s cells. The peace ladies knew that with a little love and a sprinkle of peaceful healing, those cells could not resist. My doctor walked into my room as my friends were massaging me with healing crystals and dancing around while my favorite healing mantra played. He didn’t know what he had just walked into! Clearly, he’d never experienced the Five Rhythm dance we so loved in peace school! We explained that we are awakening the cells and promoting engraftment in the most healing way we knew. He laughed and said that if it worked, he should hire my friends to be part of the healing team! Amazingly the next day my labs spiked from .0 to .3, .4 and eventually 1.7 which allowed me to be discharged after 51 long days.

I was given a reason to smile and laugh every day.

Travel has always been a passion of mine. While confined in a hospital isolation room, I dreamt of traveling. Being told that I wouldn’t be able to travel for at least a year after the transplant devastated me. My doctor asked where I wanted to go and laughed when I said India or Burundi. I hung a picture of the Taj Mahal on my hospital wall and dreamt of adventures. Luckily, my peace friends and I had been trained in ‘spirit traveling’ during our time at the Native Spirit Camp as part of our MA program in Innsbruck. Soon enough I was taken to many places right from my hospital bed! I’ll never forget watching the video a peace sister sent introducing me to her hometown of Addis Ababa on Good Friday. I heard the orchestra of car horns interrupted by a call to prayer and the clucks of wandering chickens, and watched the labourers singing on their way to work. I’ve never been to Ethiopia, but I know that when I do visit, I’ll recognize the sights and sounds I saw that day. Another friend surprised me by introducing me to her newborn baby girl all the way in Poland, while another announced her pregnancy from Chile and another sent audio of a classical music concert she attended in Spain. I was sent the healing powers of the Innsbruck Mountains I once called home, and the Colorado Rockies I have yet to see. I was given a reason to smile and laugh every day.

From water-colored postcards, pictures of backyard gardens at homes in Iran, France and Albania, peaceful Buddhist mantras, to Skype calls, quotes, and cookies shaped like peace signs, my peace family was with me throughout this difficult journey. Despite being confined to an isolation room for nearly two months, I was never alone.

My medical team never quite understood the progress I made and the health I now enjoy, but they also didn’t know the power of this community. It is a peaceful force like no other. 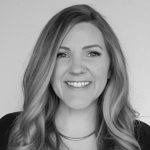