Good Education? Teaching in Two Opposite Sides of the World

Putri Kitnas Inesia and Matthias Scharpenberg found out about the topic of this volume, they immediately thought about their respective jobs as teachers in opposite sides of the world. In the form of a dialogue, they interview each other about their respective motivations to work in rural areas, far away from the paths of the regular school system and what is considered to be “good education”.

Matthias: Hey Putri, you are working with your husband Adit in Papua, Indonesia, in a Christian school. I remember how enthusiastically you wrote your thesis about teaching indigenous children there. But you also told me that you have to face many struggles, on a financial as well as teaching level. What happened since you left the “Innsbruck bubble”?

Putri: Good question, Matthias! You see, in my thesis proposal I was very judgemental about the government and the public teachers who, by abandoning pupils in the Highlands, deprived them of their rights to good education. Until now, public schools have mostly been like an empty building or a soccer field for children. This led me to focus my research question on finding out what kind of education those indigenous children need. How can we, as adults, show our love and care for their well-being while preparing them to be change agents for the future?

Matthias: How can this happen?

Putri: Let me tell you. In my own case, my surrounding expected me to be mostly educated in a Western way that responds to the global economic agenda. And indeed, it prepared me to compete on the job market. On the one hand, I am thankful because it brought me to Innsbruck and enabled me to have many good working experiences. On the other hand, something is lacking and that is my ability to pass on my mother tongue and my tribe’s indigenous knowledge to my future bloodline. This itself mirrors what currently happens among indigenous children. Thus, in my research, I tried to find out why it is important and how it connects to the child’s identity and her/his ability to be resilient when facing two opposite worlds (modern vs. traditional). As I processed the information, I met many elders among the Balim people and an NGO invited me to implement a pilot curriculum glocalizing the formal national curriculum with Balim knowledge. I was very excited and full of hope! My heart was intrigued to take a serious step towards teaching, although not in a public school. Initially, I wanted to know more deeply the chain of the educational system and to sense what it feels like to be involved in children’s growing process. Eventually, I realized that the educational system is like an entangled thread that has an impact on every school, including the private school I work with. Although I am now getting the perspective of a half-full glass by walking in baby steps, I feel that we are going somewhere. We teachers always try to create more space for children to acknowledge, appreciate, learn, and practice their ancestors’ knowledge. This may occur through speaking their mother tongue, crafting, dancing, singing, folklore, helping parents in the farm/garden, hunting with their dad, or listening to stories from their grandparents. Children should be proud of their identity as Lani Papuans.

On the other hand, something is lacking and that is my ability to pass on my mother tongue and my tribe’s indigenous knowledge to my future bloodline.

Matthias: This reminds me that, in my work as a teacher, I realised that education allows children to feel socially, emotionally and culturally secure in their environment – a security which can then support learning experiences anywhere.

Putri: Certainly. My calling to serve children does not stop here though. Adit and I left other interesting opportunities aside to dedicate ourselves to education. I used to work in a big organization in which I earned about three times more than today. Therefore, we now have to live humbly and save a lot. I work in a missionary school that does not profit from these children, for the money is donated by several US-American church congregations. We also feel God’s blessings unceasingly poured out upon us in the form of prayers, support, and sometimes funding through our family, community, neighbours, and friends like you! Next December, Adit and I will leave this school. We plan to walk to the east in the direction of Balim Valley and sense God’s calling us to start a small learning centre there. What about you?

Matthias: Well, now, I can look back on a big learning experience which I made in a small village school where children from three to eighteen are able to learn without having to take exams. That school is very much inspired by the non-directive (not non-authoritarian) approach of Rebecca and Mauricio Wild and the Montessori pedagogy. In this institution, the youngsters graduate after the 10th grade. Having undertaken the formal schooling system and as the child of a teacher in a primary school focusing on the Evangelic religion, I searched for alternatives. Looking back, I looked for the ideal environment I would have liked to enjoy in my childhood – as the dreamer I was, full of curiosity but also looking towards the inward footprints of the images around me. If I were a child today, I might be diagnosed with ADD (Attention Deficit Disorder) without hyperactivity. Yet, in those days, I was just a dreamer. When I worked as a teacher from May 2015 to July 2017, I started with full enthusiasm. The school forms an integral part of the village. The waste food goes to the pigs of the neighbouring farm and the children are free to roam around the forest and lakes. During the first six months, I sat in the corner of a room and mindfully watched the children learning and playing, in order to become aware of my own conditioning and evaluations. I loved it. Today, I still see education as a way to walk together through an environment that supports and challenges perspectives, not as a moral concept.

My task as a teacher is not to make children fit in a world which I consider to be right, but to accompany them honestly by acknowledging their view of the world and support them in their encounter with that world.

Putri: Is your view influenced by our studies in Innsbruck? Which kind of environment are you referring to?

Matthias: Innsbruck propelled a lot of helpful ideas about learning in groups, various levels of communication, cultural differences, and the importance of the body besides the intellect. The children in the school would be in movement the whole day and sit down only when they were ready for a learning experience. I very much liked what you said earlier regarding the many things through which one can learn. I would add that there are as many ways to learn as there are humans on our planet. We had children with special abilities like, for instance, children who cannot speak and instead express themselves with their eyes or a child who would see colours around things and people. My task as a teacher is not to make children fit in a world which I consider to be right, but to accompany them honestly by acknowledging their view of the world and support them in their encounter with that world. By doing that, I also encourage them to face challenges and put limits to their actions when I believe that they would harm someone or themselves. The environment proper to that kind of development was prepared with a lot of materials and biotopes for learning and arousing curiosity, as you can find in Montessori, Hengstenberg and Pickler pedagogy. On a personal level, I had to deal with conflicts due to children who did not respect me and colleagues who were hard to work with. In the end, I also realised that it is important to know about the history of an organisation. In our case, culture played a big role. Indeed, one part of the team had been socialised in former Soviet Germany and the other in capitalist, individualistic West Germany, which resulted in very different ways of relating to one another and evaluating situations. Well, Putri, we should soon arrange a Skype date to talk again, for I am curious about that start-up which you and Adit are about to found. 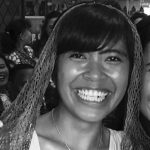 Putri Kitnas Inesia became a teacher in 2015 at a Christian school in Bokondini, Papua, where she currently lives. While working on her thesis about Glocalization in Education to Strengthen Identity in Balim Valley, she was also intrigued to take a front line part in education as a teacher. She and her husband are planning to create a small start-up to teach unreachable children in a remote area. Please, send them your prayer and positive energy for them to fulfill a mission that God has put into their hearts. 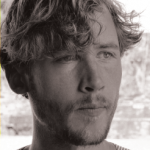 Matthias Scharpenberg is living in Berlin, Germany. After his Master’s in Peace Studies, he worked for two years as a Montessori teacher at a rural reform school in Brandenburg. Besides studying psychotherapy he now works as a Program Manager for International Volunteer Services in Africa, Asia and Latin America.