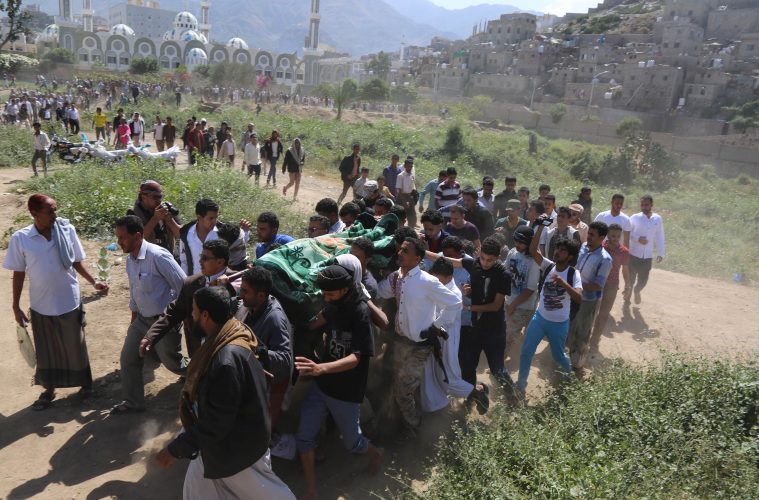 Vamik Volkan has been in touch with different ethnic and religious large-group identities since he grew up in Cyprus as the son of Cypriot Turkish parents. After he graduated from a medical school in Ankara he moved to the US in 1957 and studied psychiatry in North Carolina. Due to his research on large-group identities in international conflicts, establishing the Center for the Study of Mind and Human Interaction at the University of Virginia and working in crisis regions, he built up an international reputation. Our author Clara Maier met him in Innsbruck to talk about large group-identity and its impact on societies in Europe and regions of crisis.

MPM: As a profound researcher and author of many books concerning large-group behavior in international conflicts: Where do you see the correlation between trauma and identity?

Vamik Volkan: There are various types of societal trauma. They can be due to natural causes, accidents by members of the same large-group but not initiated on purpose, dictators and divided societies or people with another large-group identity that harm you, kill you, rape you deliberately. Only within this last kind of massive trauma, every new experience that is linked to society also will be linked to large-group identity, representing thousands or millions of people sharing same sentiments.

What is the role of societal traumas in the process of large-group identity building?

When entering into a dialogue with people of another large-group identity, one would notice something that I call Chosen Trauma: Past historical traumas at the hand of the Other become inflamed when there is a new societal conflict with another large group. Due to time collapse, people feel as if they were right now involved in a past period of time. Greeks, to name a specific example, were under Ottoman Empire for almost four hundred years. To process this trauma of oppression, they eliminated all Turkish words from their language in a process called purification. If you have identity issues, it is an important process to purify yourself from any element of the Other. We can observe different levels: Purifying your language is, of course, less harmful than purifying through a genocide by killing the Other. However, as soon as nowadays Greeks feel any kind of attack or humiliation, they suddenly start talking about 1453 when the Ottomans conquered Constantinople. Russians, to take another example, start talking about Mongolian invasion. Every large group has a past historical event of which shared image has changed function and has become a significant identity marker.

In 1987 you started field work by examining difficulties between the Soviet Union and United States, later you worked in the Baltic Republics, Albania, former Yugoslavia, Georgia, Kuwait, Turkey, Greece and elsewhere. How does yours and your team’s involvement in crisis regions work?

In informal meetings we, my multidisciplinary facilitating team, bring influential representatives of enemies with different large-group identities together. We tell them to express whatever comes to their minds. The participants and the facilitators are together all day long except when they go to bed. Often, at the outset of a dialogue meeting, a disruptive situation evolves abruptly and absorbs the energy of all participants. I call such a situation a mini-conflict. When the facilitating team resolves the mini-conflict serious dialogues start. The opposing parties first do not sit together, they may even be yelling at each other. But later an Arab man, for example, starts dancing with an Israeli woman.

Every large group has a past historical event of which image changes function and becomes a significant large-group identity marker.

We call this Accordion Phenomenon: First they are enemies and avoid each other, but suddenly they sit next to each other and even get lovey dovey. Realistic negotiations can be carried out when the alternating between distance and togetherness – the squeezing and pulling apart of an accordion – is no longer extreme and each can easily hold on to their group identities.

The process of getting to know each other is time consuming, especially with initial conflicts. Is “time” generally an important factor in this kind of conflict resolution via identity building?

Yes, time is of course important. For example, before we started to arbitrate between Estonians and Russians, we literally spent a year talking to high school kids, taxi drivers, the Estonian president, parliamentarians, university professors and others in order to choose influential society figures for unofficial dialogues. Opposing large groups form teams of 16 to 18 people with whom we work about three times a year for four days until the problems are solved. This process can take two, three, four years, but I want to tell you something: No one ever missed a session, because they get so much involved. We call this method the Tree Model. The dialogues represent the trunk of a tree, however, in order to influence government and society we have to reach to the branches. This happens when the participants go out after the dialogue series sessions and talk to other people within society and actually start certain activities that build and represent peaceful co-existence.

Identity in Europe and the USA today is challenged by a separation of far right and left movements, mediation is necessary. How can we deal with identities in nowadays world politics?

There is a worldwide trend towards a “who-are-we-now”-society. After a war, the death of a leader or an economic crisis people question themselves: Who are we now? What is new in these regard is the globalization of this question. Meanwhile, incredible advances in communication technology create constant identity confrontations on a personal level. At the present time many individuals vote for a political leader like Donald Trump when they feel that a physical wall will protect their large-group identity from Others who are perceived as dangerous.

In this case refugees function as enemies to strengthen the large-group identity. How important is the enemy in identity building?

To get people within an ethnic, national, religious or political ideological large group closer you need an enemy. One of my book titles is “The Need to have Enemies and Allies” and I put enemies first. If there is certain pressure, the creation of an enemy is psychologically necessary.

Of course! Especially in synthetic countries like USA and Israel where people from different cultures come together and want to be under one new umbrella, there is a need for a common “enemy” to build up their large-group identity. In America racism became “the Other”. Also, personal identity issues are involved in finding a large-group enemy. ISIS, for instance, recruits people that have questions about their personal identity. Everybody may have a crack in his or her personal identity to one degree or the other. Some wanted to be under a God-like umbrella that ISIS offered them. Personal traumas can be covered up in adulthood by wearing the umbrella of a new large-group identity.

Is there a possibility to avoid the enemy in the process of large-group identity building?

You have reparative and destructive leaders. Imagine a pie. You cut out a piece so that you have a big part, the political leader and the society, and a small part, the minority within the country or the enemy outside. You squeeze some lemon on the minority or the enemy section so that it doesn’t taste good anymore. If you have a reparative leader, he would put sugar on that piece of pie, make it sweeter and it will fit to society. A destructive leader sees the small piece as stinky and pushes it away or even tries to destroy it.

You never give up your large-group identity even when you suffer because of it or use it for destructive purposes.

Today in Europe, I would say Merkel is trying to stay as a reparative leader, but it is very difficult. What is happening in Hungary right now is the complete opposite. In the United States racism raises, they want a certain type of individuals not to enter the country and some other type of people to leave.

What is the role of identity in the future of Europe?

When they established the European Union, they developed a new identity, a new umbrella covering over many countries, aided by many different committees basically dealing with economic issues. But no single committee dealing with psychological issues existed. In the beginning they didn’t struggle, but with terrorism and refugee crisis, EU is in trouble. In the future, there can be a new kind of civilization that may be fantastic or we may have another big war. We are right now on the track of finding new ways of understanding world affairs.
Realistic negotiations between representatives of opposing large groups can be carried out when the alternating between distance and togetherness – the squeezing and pulling apart of the accordion – is no longer extreme and each group can easily hold on to the own large-group identity.

Vamik Volkan (*1932 in Nicosia, Cyprus) is an US psychiatrist and psychoanalyst, author and peace researcher with Cypriot Turkish origins. He is an Emeritus Professor of Psychiatry at the University of Virginia, and an Emeritus Training and Supervising Analyst at the Washington-Baltimore Psychoanalytic Institute. He is the founder and President Emeritus of the International Dialogue Initiative. Vamik Volkan was nominated for the Nobel Peace Prize several times with letters of support from 27 countries.
Web: www.vamiksroom.com and www.internationaldialogueinitiative.com 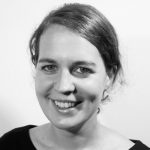