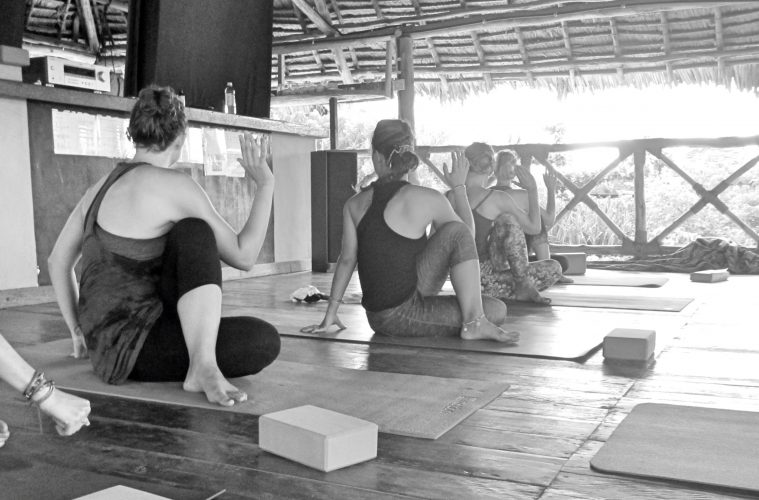 Christina Pauls26. December 2018
Around the World 0

While placing Ashtanga Yoga in the context of violence sounds like a fundamental contradiction, I take my own lived experience as a point of departure for illuminating the violent potential within Yoga. The Ashtanga Yoga method has been popularized by Sri K. Pattabhi Jois as a set series of asanas and transitions with strict connections between breath and movement (vinyāsa).

Control is central to the practice of Ashtanga Yoga, as Sri K. Pattabhi Jois writes in his book Yoga Mala (2010): ”By the strength gained through this practice, we can come to know the method for bringing the mind and sense organs under control. Thus can we achieve yoga. For it is only through the control of the mind and sense organs that we come to know our true nature.” This strong emphasis on control bears the danger of extending control over body, breath and thoughts to a level that is not always possible to uphold. Life, as I understand it now, is inherently messy and escapes the need to control. Despite the philosophical framework of Ashtanga Yoga being one of liberation, I found myself enslaved within an idealized image of the Yogin with a serious Eating Disorder by its prescriptive tendency.
I am aware that I might do the rich cultural and philosophical heritage of Yoga harm by placing aspects of it in such critical perspective, but I believe that this revaluation of values and the cultural appropriation of the spiritual practice in the West not only affects me but other practitioners as well. Both as instructor and practitioner, I daily meet individuals who long for a practice that promises both a peaceful life and a toned body. The Ashtanga Yoga practice is known as one of the most physically demanding schools of Yoga with the potential to fulfill these desires within a framework of discipline.

Some popular and current manifestations of Yoga practice in the West are an eclectic import of only certain aspects of the Yoga philosophy, largely reduced to physical posture (āsana). Therefore, there are several dynamics that evoke and exacerbate body dissatisfaction and disordered eating. A prominent example is the marketing of an idealized Yoga body in Western Yoga culture, which is fostered by celebrity and media endorsement. Although it might seem contrary to the practice of Yoga, there is an imminent danger of ego-inflation within the practice, as renowned Yoga scholar Georg Feuerstein points out in The Yoga Tradition. Its History, Literature, Philosophy and Practice (1998): “Narcism, or body-oriented egocentrism, is as great a danger among hatha-yogins as it is among bodybuilders. A strong will is necessary in all spiritual traditions, but it can never be a substitute for discernment and renunciation, especially the renunciation of self-will. But hatha-yogins, like other practitioners of Yoga, occasionally end up with inflated rather than transcended egos.”
I believe that this tendency is prototypical of a larger tension between Eastern spirituality and a Western mindset of modernity that is based on the tendency to modernize energetic practices by the desire to reach a level of expertise and perfection. This mechanism is part and parcel of my personal journey through the violence of Ashtanga Yoga.

Although it might seem contrary to the practice of Yoga, there is an imminent danger of ego-inflation within the practice.

Among the niyamas, the second limb of Yoga, are disciplines that foster the internal purification of both of the body and the mind. In his interpretation of yogic thought Patanjali and Yoga (1975), Mircea Eliade describes them as disciplines that foster the “internal purification of the organs (this is achieved through a series of artificial ‘purges’, on which Hatha Yoga particularly insists).” The centrality of purification and ethical superiority within the philosophical principles of Ashtanga Yoga carry a high potential of violence and are direct reminders of the driving forces of my anorexia. One of my regular habits was to perform cleansing rituals and fasting that I justified under the principle of saucha, one of the niyamas that calls for cleanliness and purity of body and mind. This eclectic puritanical base perverted my Ashtanga practice into a rigid, destructive and violent regime.

Ashtanga Yoga is a prescriptive method that relies on the transfer of a specific model or sequence from and through a Yoga teacher, who is usually seen as expert in the practice. Expressed with the words of peace thinker John Paul Lederach (1995), its focus lies primarily “on trainees mastering the model through cognitive understanding of the strategies and practical experimentation with the techniques and skills” by prescribing a particular sequence of postures, including their correct physical alignment, the activation of energy locks (bandhas), breathing (prānāyāma), and gaze (drsti).
A prescriptive tendency also lies in the mechanisms of the expression of asanas. Although there are a variety of modifications and variations that can be offered for each posture, my modern mindset of competitiveness and a desire for achievement finds its way into the Yoga practice. Donna Farhi reminds us in her book Yoga Mind, Body & Spirit (2000) that “asanas are useful maps to explore yourself, but they are not the territory. The goal of asana practice is to live in your body and to learn to perceive clearly through it”. But what happens when the practitioner confuses the maps with the destination?

Pushing a bit deeper by activation of my thighs and toes, I have to grab my wrist firmly in order not to slip away through the sweat, I wonder how I look from the outside… I sense a towel being put on my back, the instructor leans onto my back and pushes me further into the posture, squeezing my belly further down onto my thighs. I am dissatisfied, silently asking: Please push a bit more! I am longing for the pressure, the weight that lies on me gives me a sensation of power that my body can be shaped into perfection just as clay, with a little help from the body weight of another person. I could bear even more than this on my back. Still I notice my belly pushing against my thighs, and yet I cannot fully surrender myself to myself, my upper body to my lower, despite them touching and being pressed against each other, physically close but emotionally separated; it feels artificial, inauthentic, violent. I am just a shape without essence, an empty shell.

In the practice, I recognise a lust for pain
and going to, and even beyond, the limits.

This paragraph of my personal journal notes exemplifies my bodily sensations during a recent Yoga practice of a seated forward fold that is statically held for five deep breaths. The verbalization of the sensations in my body brings to light the reverberations of my anorexia, which I also see mirrored in practitioners that study with me. In the practice, I recognise a lust for pain and going to, and even beyond, the limits. Of course, anorexia is the extreme overemphasis of these tendencies, but it is crucial to realize that the foundations of these tendencies are present in all of us.

Concluding, I can see that the perversion of spiritual practices into intrapersonal violent tools is performed by the practicing individual who shifts the approach often towards a modern or moral tendency. Despite, or particularly because of, my experiences with the violent potential within myself that has been mirrored and exacerbated by Yoga, I do still practice Ashtanga Yoga. I also see the sensitive aspects of the Ashtanga Yoga practice that carry the potential of violence within them. Inherent to the practice, I understand that the prescriptive tendency and the focus on control and discipline in the yoga practice can be misinterpreted, especially when single aspects are decontextualized. I perceive structural tensions that conflict traditional Yogic systems of knowledge with spiritual practice, particularly in Western cultures. These tensions are by no means reasons to distance ourselves from Ashtanga Yoga, but rather reminders of the need for sensitivity and self-awareness in the context of such practice.
Breaking the silence and exposing my experience has been a way for me to make the unconscious driving factors of my own violence accessible, which, as Carl Gustav Jung argues in “Yoga and the West” (1936), is the prerequisite for an authentic, benevolent Yoga practice: “Yoga technique applies itself exclusively to the conscious mind and will. Such an undertaking promises success only when the unconscious has no potential worth mentioning, that is to say, when it does not contain large portions of the personality. If it does, then all conscious effort remains futile, and what comes out of this cramped condition of mind is a caricature or even the exact opposite of the intended result.”
Going through my own shadows has transformed my personal practice in many ways. The process has enriched my teaching through the way I convey instructions in class, rendering me a wounded healer who empathically understands these tensions within the practice. I hope that this contribution could speak to those who notice similar tendencies within their personal behavior, and possibly inspire them to find a healthy balance between the dedication to a spiritual practice and all the other facets that constitute the richness of human life. 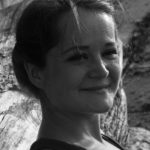 Christina Pauls is living in Northern Germany where she teaches prenatal Yoga and Vinyasa Yoga. She is currently taking a maternity break from the M.A. Program in Peace Studies. She also blogs about her pregnancy journey and is excited to welcome baby Liam in January 2017.