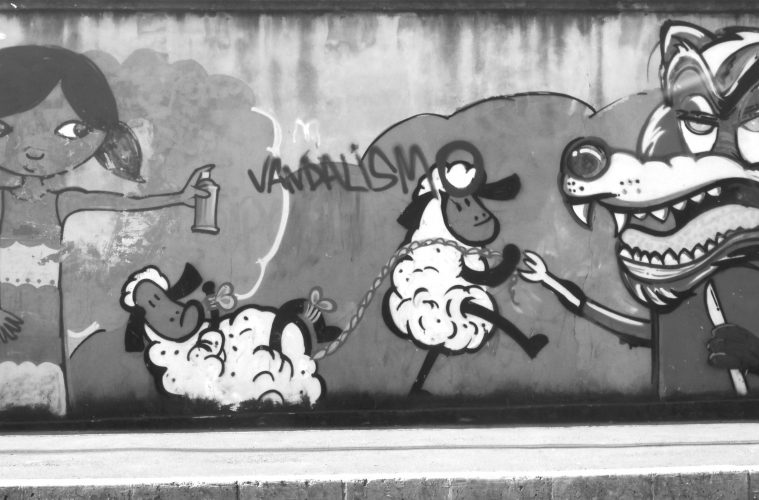 Peace is not the absence of violence. Complex situations are taking place around the world without being necessarily defined as armed conflicts or wars; nonetheless, they do hamper the right to live without violence. This article follows upon Johan Galtung’s (1979) conception of structural violence in order to analyze the layers of systematic social and political interactions in a country like Honduras and observe how those interactions can have a direct impact on the population. In this context, Jean Paul Lederach’s (2005) concept of moral imagination will be used to examine the recourse to social mobilization and creativity as political tools.

Thinking about peace and violence can be determined by the presence –or not– of war and conflict. Vittorio Bufacchi argues that violence can be understood as either the use of a force that deliberately causes damage by physical means (minimalist approach) or the transgression of a norm that results in a violation of rights (comprehensive approach). That is, direct and structural violence. According to Galtung, structural violence is the combination of physical or organizational structures that block the capacity to satisfy basic needs. Those needs go beyond food, water and shelter. Galtung refers to security as survival need to avoid violence; welfare as sufficiency need to avoid misery; identity as the need for closeness to avoid alienation; and freedom of choice as the need to avoid repression.
Even in the absence of ‘formal’ armed conflict, the failure to meet such needs evidences the fragility of peace in contexts where structural violence in multiple forms coexist. Honduras, a country of less than eight million people, was known in 2012 as the most violent country in the world due to its elevated homicide rate, i.e. 90,4 homicides per 100,000 inhabitants according to the National University Institute on Democracy, Peace and Security. Since then, the government has responded by dismantling drug cartels, purging corrupt police officials and creating a military police force. In 2017, the official records showed that the homicide rate had decreased by more than 50%. Thereon, the government concluded that the dropping numbers were the result of tightening security policies, and hence of a reduction of violence. Does this mean that Honduras has now become a peaceful country? Following on Galtung’s needs approach, other needs such as freedom and wellbeing keep requiring urgent action in Honduras.

Forced displacement exemplifies how the state has failed in protecting its people from the impact of violence caused by gangs, drug trafficking, gender violence, political persecution and large-scale development projects.

According to Galtung, the need for security is satisfied through survival means that keep individuals and communities away from violence and prevent conflicts from escalating. In Honduras, people live in communities with highly violent dynamics. Forced displacement exemplifies how the state has failed in protecting its people from the impact of violence caused by gangs, drug trafficking, gender violence, political persecution and large-scale development projects. Indeed, from 2004 to 2014, 174,000 people were internally displaced. Most of them were children and young people forced to leave their homes in order to protect their lives. According to UNHCR, the number of Honduran refugees and of refugee status claimants worldwide increased respectively by 151% and 140% in one year. Both refugees and internally displaced people fled to fulfil their need for security from life threats, sexual violence, forced recruitment by gangs, extortion, home and land dispossession. The reports evidence the urgency to link security measures to prevention, assistance, protection and durable solutions that can meet the needs of welfare and freedom.
Increasing femicides are another example of structural violence. From 2003 to 2017, 5,515 women were victims of violent deaths; on average, more than one woman was killed every day in the past 14 years. Yet, due to deficiencies in criminal investigative procedures, half of those crimes cannot be classified as femicides, and most remain unpunished. Public policies focus on the domestic power relations and hence, fail to acknowledge the intersections between gender, ethnicity, age and occupation in public spheres characterized by generalized violence. The inaction and negligence of the state to thoroughly investigate, sentence, ease access and protect women generates impunity, thus legitimizing a system that violates women’s rights. On the contrary, a response to structural gender-based violence should involve deconstructing oppressive laws and institutions as well as reinforcing those that promote women’s economic, political and physical autonomy.
When it comes to freedom, Galtung states that people and institutions must develop capabilities so as to avoid repression in terms of liberty to express one’s opinion and move freely, social consciousness, mobilization, among others. In Honduras, the most recent manifestation of structural violence against freedom was perpetrated on November 26th, 2017 in the midst of questionable elections. President Juan Orlando Hernández was running for a second presidential mandate although the Honduran Constitution prohibits reelections. Therefore, political parties against his reelection formed an alliance and presented, with great popular support, Salvador Nasralla as the single presidential candidate. A preliminary Supreme Electoral Tribunal (TSE) report stated that, on election night, 57.18% of the scrutiny was complete and Nasralla was ahead by 45.17% –an irreversible trend. Nonetheless, TSE later informed that the balloting software had crashed for several hours and, once it was fixed, Hernández was leading by 1.6%.

As a result of the crisis, diversity, creativity and imagination are seen as political tools that can contribute to social transformation, thus fracturing the spiral of violence.

The Coalition Against Impunity (2018) reported that the alleged electoral fraud had led to over 90 protests nationwide. The police and military were given the order to repress and, on December 1st, one protester was shot dead by a military officer. That night, Hernández issued a decree installing a state of siege to restrict free mobilization for ten days. Outrage over the systematic human rights violations shook the country and continuous protests were carried out for a month. The excessive use of force by military or police resulted in 33 people killed and 232 injured; 126 repressed protests; 1,085 detainees; 72 victims of torture; one missing person; 34 persons displaced by violence; and 12 documented attacks on journalists. Structural violence was the foundation upon which direct violence committed by state representatives was legitimized. The struggle transcended the electoral scenario. The crisis constituted a breaking point for citizen indignation over direct violence such as femicides and the impact of generalized violence, as well as the surrounding repression, corruption and impunity.
However, this time, the once most violent country did not choose violence, but rather exercised the right to demonstrate in the face of repression. Hondurans regained consciousness by setting forth the moral imagination that, according to Lederach, emerges from the combination of outrage and hope. It cultivates the capability to imagine a relationship with enemies, feeds curiosity beyond dualities, uses creativity as a tool for social change and motivates to take action away from violence and towards constructive transformation.
Massive marches strolled for days. Consumer boycotts to transnational businesses were promoted. A national strike paralyzed roads, ports and major cities. Social movements of women, LGBT groups and indigenous peoples organized communities, documented and disseminated information throughout their regional and global networks. Groups of young people organized to deliver water and food to protesters on the streets. People shared memes, photos and videos documenting human rights violations through social media. Communities organized to rebel against the state of siege and marched around their neighborhoods banging pots and pans. For one hour every night, banging, firecrackers and music could be heard from every corner in the big cities. A local band became famous with the song “J.O.H. (Juan Orlando Hernández) you’re on your way out”, which was adopted as a protest anthem. People found alternatives to be informed, mobilize, denounce and participate, so as to satisfy their persistent need of freedom.
Hernández’ reelection was recognized by the international community and organizations despite fraud allegations, and so, his government reinstalled in January 2018. However, the popular demands had reached international media and human rights defenders, thus making pressure on Hernández to open a dialogue with the opposing parties in order to address the demands resulting from the electoral crisis. Political leaders from the opposition should also use the moral imagination to establish transitional justice mechanisms, and citizens to install follow-up mechanisms where they can participate directly. As a result of the crisis, diversity, creativity and imagination are seen as political tools that can contribute to social transformation, thus fracturing the spiral of violence. By being aware that other ways of doing things are possible, Hondurans walk towards becoming transformation agents who demand equality and social justice from the state, participate actively in social and political matters and mobilize support to respond to violence. This might be the first steps on the path of deconstructing and transforming other forms of structural violence and comprehensively building peace that entails security, well-being, freedom and equality. 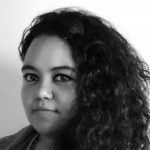 Sheila Serón Hernández currently works in the field of internal displacement due to violence. She has also worked with UNHCR and UNAIDS in human rights and institutional strengthening projects. Sheila holds an MPhil in Peace, Conflict and Development Studies and a BA in International Relations.