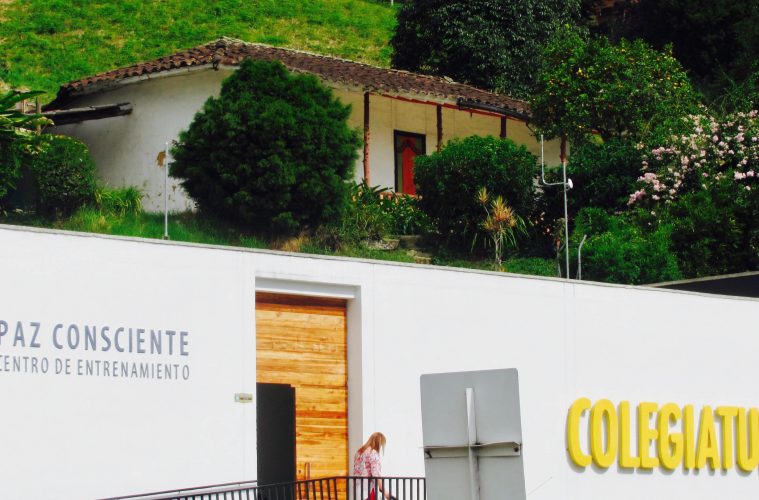 Our Essence is Peace

At La Colegiatura Colombiana in Medellín, staff and students are working together to share an experience of education founded upon the transformative potential of becoming conscious of inner peace. An experience of a post-doctoral researcher at the university.

Although La Colegiatura recognizes that there is a relationship between an individual’s inner peace and societal peace, the political situation in Colombia is not what motivates the university’s emphasis on ‘conscious peace’ (paz consciente) as an institutional approach. Instead, my colleagues and I view peace as the potential inside of ourselves to grow our consciousness.

Sometimes it is possible to lose sight of how to be peaceful throughout the course of our lives due to the tendency to identify with roles and situations that we face. To give an example, it could be all too easy to identify with the image that exists and is perpetuated about Colombia, particularly if one lacks direct experience of the country. If I start to tell myself, ‘Colombia is a dangerous violent place’, then immediately I will begin to feel unsafe, and not at peace within myself.
‘Peace’ is often thought of as a political situation, as a possible reality which exists outside of the self, and as a state of being to which the self is subjected. In contrast to this idea, peace might be argued to be a form of consciousness arrived at through existential and spiritual transformation, and through effort that is experienced within and by ‘the self’ – that is the position of La Colegiatura. Such a form of peace can be experienced even despite external violent events, and this provides an important potential mechanism for social change.
I began working at La Colegiatura as a post-doctoral researcher in early 2014, having worked as a research psychologist in London for many years previously. Although I had some idea of what the institution was trying to achieve following my attendance of one of their conferences in 2013, I confess I was quite naïve as to the true depths of the vision, which each individual staff member was contributing to. In fact, in the course of writing this article, I came to realise that few persons in La Colegiatura really knew what a special thing it was they were taking part in.

Peace might be argued to be a form of consciousness arrived through existential and spiritual transformation, and through effort that is experienced within and by ‘the self’.

I spoke to my rector and to several colleagues whilst preparing this article, and although they all expressed how they valued what it was to start from a basis of striving for inner peace and working outwards from there, they all doubted really knowing what that involved in a practical way. An important insight that I had during these interactions, however, was in realising the value of giving attention and importance to these very dialogues in the first place. It is this space that has been created at La Colegiatura, both ‘materially’ in the form of buildings such as our Training Centre for Conscious Peace (Paz Consciente, Centro de Entrenamiento) and ‘psychologically’ in the form of openness to explore these themes through dialogue and research, that has allowed peaceful and moving feelings to be voiced, confirming the utility of emphasizing and growing the seeds of our souls as an important mechanism towards establishing peace outside of and beyond ourselves.
“A human being at peace is someone who feels faithful to their heart,” said my colleague Minta Muñoz. This is the foundation we strive for at our university in the way we facilitate education, and in the way we learn from one another. In conceiving of a human being as ‘an internal force that expands and transforms’, as a soul capable of expressing itself in living through her emotions, thoughts, actions and words, the potential of a human being can be reached through intellectual, and relational activity in a state of lucidness and abundance. Believing that these areas of human expression are ripe to manifest self-consciousness, an emphasis is placed in individual and social transformation through a four-stage process: thinking things through yourself, feeling things deeply, expressing yourself, and living fully. These ways of learning can be developed by staff, students, and the wider community at La Colegiatura’s Training Center for Conscious Peace (Centro de Entrenamiento para la Paz Consciente). Yoga and meditation classes are also provided for staff and students at no cost.
Colombia is a hauntingly beautiful but equally complex country in ways far beyond its long-established political struggles, and yet to work in Colombia as a foreigner is to be constantly asked why you have chosen to live in what is assumed to be a fundamentally violent place. My answer is always that I do not experience Colombia as violent on a daily basis, and that peace is something I have always felt seeping out of this land from my first moments landing in the Andean mountains as a visitor in 2011. This is the difference between the lived experience of peace, and the mere idea that a place is either peaceful or it is dangerous. La Colegiatura’s institutional philosophy echoes my experience, and perhaps that is why I feel so at home here. 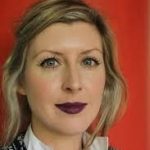