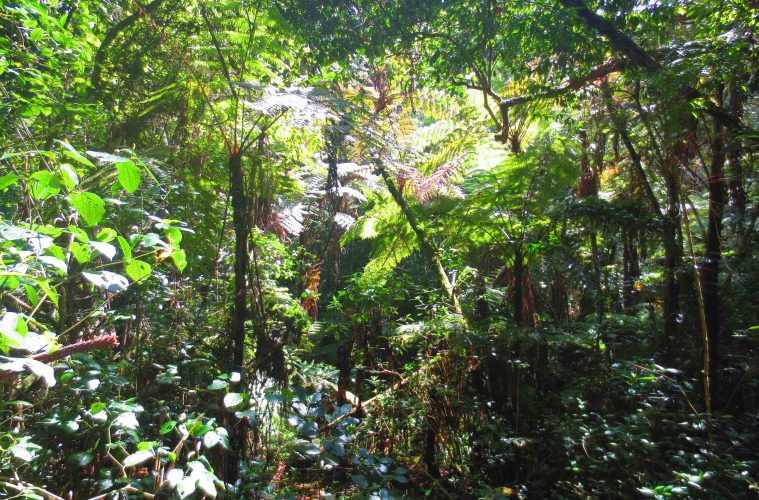 This volume of the Many Peaces Magazine presents perspectives on the concept of development – many of them criticising the violence this concept creates because of dominating western, white, male categories. For my Master thesis in Peace Studies I conducted a research portraying spirituality as a twisting element in practices of development cooperation, through a series of interviews. Starting with the interconnectedness of development and religion, these stories of subjectively spiritual experiences reveal new unfolding forms of international relationships.

In her famous TED-talk, Chimamanda Ngozi Adichie describes “The danger of a single story”; how realities of people of colour are covered by dominating white narratives. One of these being the perception of a singular narrative of development. In the research I mainly worked on four aspects of this dominant narrative: the belief in a universal betterment through health, education, etc., the agency of predominantly white experts, the possibility of achieving a stage of well-being for everybody, and people, not in unison, but in their individuality being the catalyst for change.
This story has been told to me by my family, in school and perhaps most importantly, by the Church. For myself, the story of development has been linked to the biblical story of salvation which creates the sense of having a relationship to God via a moral imperative: ‘It is good to help those who are poor/underdeveloped’. While Christianity disappeared at one point in my life, the modern, secular story of development remained. This personal ‘secularization’ corresponds to a societal-wide historical interconnectedness of religious mission and development at the wake of modernity. During colonial times, both proselytization and social welfare legitimized violent Western authority. This interconnection of the two enables the dominant narrative of development to persist still because it touches our roots of being in the world – be it described in religious/moral or secular/modern terms. Wolfgang Dietrich describes this to be the spiritual-policital layer, in his framework for Elicitive Conflict Transformation (ECM).

The story of development has been linked to the biblical story of salvation.

Using the theoretical ECM framework, my intent through this research was to open a space enabling to transform my understanding of development by looking at the spiritual-policital layer. By interviewing individuals in the field of development cooperation and asking them how they experience spirituality in their professional lives, I was able to move away from the morals of religion to multiple subjective perspectives. What I found from this research is the sudden twisting of the meaning of development, in four distinct areas of the dominant narrative.
First, the indicators guiding a development worker are less rationally-derived than current predominant narratives display . Second, the agency of the individual on the work itself might be less individually-caused than one might think. Third, there is a gap between the grand goal of development, salvation, and the reality of the situation on the ground. Lastly, transformation occurs more so through the interconnectedness of individuals rather than through individuals as separate people. I exemplify each of these areas below.

Maria (all names changed), a Tanzanian school manager in her 70s, spoke to me about the experience of starting her first project, of supporting children with disabilities.

I don`t know how it [my motivation] really came and how it became strong in me. It was just inside me. This is compassion […]. That compassion was pushing me, even when [she hesitates] I was beaten.

Maria follows her compassion, that she locates within herself. It is neither a moral code nor follows rational principles. Her orientation within this work rather follows a situational logic.

This interconnection of the two enables the dominant narrative of development to persist still because it touches our roots of being in the world.

This can also be seen in the story of Carolin, a consultant for a German development company. She bases her decisions on constant reflection, going to the limits of what is rationally understandable.

Especially in childhood or youth one might think, those people, for example high politicians, they [.] actually should know how it works, because they try to manage it for all of us. […] One might think, that it is possible to reach that status. In order to realize one day, well, they also do not really know [she laughs]. Which is then, on the one hand reassuring, but on the other hand not at all.

While development follows clear lines and structures (e.g. indicators, political agendas), the women I interviewed rather experience that they orient themselves transrationally – e.g. by intuition or a performance of imperfection.

I Anaam is a German consultant in a development company, and also a follower of an Indian spiritual tradition. He does not perceive himself to be an agent of development, but rather as part of a movement beyond himself.

I did not plan to work in development cooperation, but there was a fate, that I ‘blundered’ into. […] There was a mover behind the movement, in order to move me somewhere.

Agency transcends the individual and is part of the community at large.

While development focuses on the agency of individuals, it appears that my interviewees’ experience of agency is interconnected with the social environment; creating a form of agency which transcends the individual and is part of the community at large. They let go of individual control, power and predictability. Agency is located both as part of the subject but also beyond it. This twists narratives of the ever-potent, mostly white and male, professional development expert and allows us to understand the unfolding movement toward betterment as both active and passive, simultaneously.

Development promises salvation; the possibility to arrive at a stage of wellbeing for everyone. The interviewees on the other hand experience moments, in which this idea of salvation is challenged. The situation on the ground and the idea of salvation creates a conflict a gap of sense in reason. This gap is both a lack of certainty but also an open space of potential, because there are more options available than the single path of development. Hannah, having worked many long years on projects involving women, expresses this in stories of being confronted with unimaginable suffering.

Having learned to experience boundary situations, – for example that children die because five euros are missing or even one euro for a vaccination, that humans are tortured for no reason, or simply the reason of destruction – reaches such an extent of existentiality, that I need to root myself within my conviction, that there is justice, that there is God, that there is a bigger whole for all this insanity.

Father Kimeli is a Kenyan priest religious, whose order is to conduct development projects. He describes the dance around (or even with) the above described uncertainty and potential as a dynamic balance, which he calls “inner peace”. It is a spiritual humbleness, letting go of mainstream stereotypical narratives and stepping into the unknown.

For him, it is a necessity in development cooperation to keep in mind this gap in order to create a space for transformation.

Development narratives portray human beings as separated individuals whose relationships to one another is a means to a better life. In contrast, the most repeated element within the interviewees’ stories is the experience of interconnectedness as an ends in itself. Mr. König, a senior humanitarian worker from Germany, describes how he experienced the multiple friendships he had with partners as being more transformative than the projects they conducted together. It is a bilateral transformation.

Then it is no longer a supply of material goods and knowledge, but an exchange with humans about each other’s values, and that changes in both directions. That requires to go deep into it.

Similarly, Susanne, who works for a Christian NGO, describes intention-less presence as a potential for transformation. Simply by being connected to the community in which she lives in, a change has already happened without even actually doing anything. Through her presence within the system, it is already moved.

This letting-go, this just emptying oneself […] is like wanting to serve and just being there. Perhaps without actually being able to help.

In this case, connection is not an indicator nor a goal. It is an understanding of being rather than of doing

While religion has shaped the concept of development in regard to the narrative of salvation, spirituality influences the field of development cooperation, as it is in itself formless, dynamic, and without intention. It twists attached stories continuously, and gives them an element of mysticism: a gap or potential.
Drawing on the stories I heard, I believe that underneath the attachment to the dominant narrative surrounding development there is a counter-movement. There is a turn towards subjective experiences, connectedness, humility, and a need to step into the unknown. This movement is very diverse, as portrayed in these stories.
Taking all of this into consideration, I wondered whether I might continue to work in development cooperation. The concept of ‘development’ in the form of a single story is dying and I believe there are transformative potentials within the human experience that open up space for creativity, inspiration, and love in seemingly blocked discourses and institutions.

There is a turn towards subjective experiences, connectedness, humility, and a need to step into the unknown. This movement is very diverse, as portrayed in these stories.

This potential, belonging directly to the people concerned, can be consciously actualized within development cooperation. What is transformed on a personal level corresponds to the interpersonal, and therefore global levels: Among those working within the field of South-North relationships, there is a growing self-awareness of one’s own personal attachments (e.g. to a story of salvation) and this is potentially an important step toward transforming global relationalities.
It is valuable in this field to shift reflection and focus towards oneself. As stated by so many of the participants: without inner peace ‘development’ is at best a well-meant technical intervention, and at worst, in the words of Father Kimeli “a disaster”. 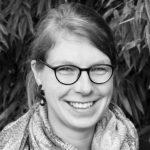 Annalena Groppe graduated in summer 2017 from the MA Program in Peace Studies at the University of Innsbruck. Since then she is working in the field of Peace Education and Global Citizenship Education in a German NGO. Both her academic and professional focus are on post-colonial conflicts of Global South and North, especially in relation to the concept of development. Currently, Annalena is on parental leave, caring for her first-born daughter. Moreover she is a board member of the Peace Studies Fund e.V., an association focused on fundraising for scholarships for peace students.