Lesli Gutierrez Carduño and Andrea Zellhuber16. September 2019
Around the World 5

Written reports are covering only a limited picture of the work of NGOs. Storytelling has the potential to improve the reports.

Working in development cooperation, one is constantly facing pressure to show quantifiable and “tangible” results. We work for a Swiss development NGO, which supports peacebuilding and violence prevention programs with youth in Latin America and Southern Africa. Like any organization in the sector, we account for the changes our projects are achieving. This is a challenge especially in peacebuilding projects focusing on long-term social and structural change processes.

Results-based reporting and monitoring systems of NGOs are normally designed for strictly rational and logical forms of writing. This entails limitations for conveying non-cognitive results of peacebuilding projects related to identity and emotional development. Transrational peacebuilding provides a theoretical framework that helps to go beyond the technical instruments of project cycle management and logical frameworks. Elicitive conflict transformation as suggested by Wolfgang Dietrich encompasses all dimensions and layers of human existence, from the persona to the sexual, socio-emotional, intellectual and spiritual. The transrational lens helps to identify and describe change processes in project interventions that are hard to measure through quantitative logic. With the following example we want to illustrate how visual communication can be a creative and potent means to reveal and express the more intangible aspects of interventions addressing cultural and structural violence.

Best-practice for storytelling: Cipó in Brazil

The case of the project Juventude Negra e Participação Política (Black youth and political participation) exemplifies the elicitive function of storytelling with an animated video. This project implemented by the Brazilian organization Cipó is a best-practice experience of how youth participation approaches contribute to social inclusion and consequently to violence prevention. Cipó trains Afro-Brazilian youth multipliers in favelas in Salvador (Bahia) who are active in different youth groups. With an intensive leadership training program, marginalized youth are empowered to be actors of change in their communities characterized by high violence and exclusion.

Visual communication can be a creative and potent means to reveal and express the more intangible aspects of interventions addressing cultural and structural violence.

In Salvador, young black men are facing strong negative stereotypes as potential security risks. Police actors especially, perceive them as suspicious just because they are black and poor. Police violence is commonplace. Consequently, these socially excluded young people feel hopeless, isolated and powerless. The burden of constant discrimination makes them insecure; often they internalize a self-perception of marginalization.
The social change process aimed in this project firstly focuses on changes on an individual level, by influencing the participants’ consciousness, attitudes, behaviours and skills. The perceived changes have to do with self-awareness, feelings of belonging, identity and countering feelings of powerlessness and exclusion.

Written reports may not always be enough

We realized that merely logical and rational approaches are not enough to analyse and communicate convincingly on the changes observed on an individual level. When personally visiting the partner organization on field trips we recognized the richness and diversity of personal change among the participating youth that were facilitated within the project activities. These perceivable changes were not described in the organisation’s technical reports we had received. It became clear that the written reports following the “results-framework” of our reporting templates only gave a very limited picture of the project’s great variety of outcomes. By only relying on information confined in bureaucratic formats, tables and templates, we were missing out on much of the most impressive dimension of transformation that happened.

It became clear that the written reports following the “results-framework” of our reporting templates only gave a very limited picture of the project’s great variety of outcomes.

That is why we, at terre des hommes schweiz, started to analyse our partner organisation’s own visual material that Cipó produced for their sensitization work. In the video documentary material especially, we identified a huge potential for explaining the project’s theory of change. Using a storytelling approach we recompiled Cipó’s video material into an animated video which gives a short summary of the project’s theory of change. We realized that this kind of visual communication can be a powerful tool for creating emotional resonance with the audience and for communication about rather subtle and intangible change processes. Our findings were that stories have the ability to form a common thread and to infuse empathy, and that visual communication helps to convey the interconnectedness of layers of existence, of the participants’ inner and outer experience. Visual storytelling creates a compelling narrative so that the audience can develop a deep and emotional understanding of the processes described. It transcends rational argumentation and touches the emotional and spiritual dimensions of human existence. 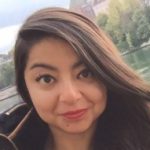 Lesli Gutierrez Garduño is currently collaborating with the Swiss NGO terre des hommes to highlight the relevance of peace building and visual communication trough animated videos as a tool to better communicate
personal change as a key factor for the success of social projects. She has a Bachelor in International Relation from the National Autonomus University of Mexico and a MAS in Peace and conflict Transformation from the University of Basel, Switzerland. Lesli has worked in Mexico, Switzerland and India mainly on the fields of Migration, Refugees and Child Protection. She is also now on the process to write her thesis for the MA Program for Peace
Studies at the University of Innsbruck. 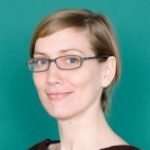 Andrea Zellhuber works for terre des hommes schweiz in Basel as thematic advisor for violence prevention. She holds a PhD in Landscape planning from
the Technical University of Munich. In her research she has specialized in land use conflict and participatory planning methods. For many years she has worked and researched in Brazil, analyzing social exclusion and
urban violence as well as land conflicts. Her work experiences are strongly characterized by interdisciplinary and holistic approaches.