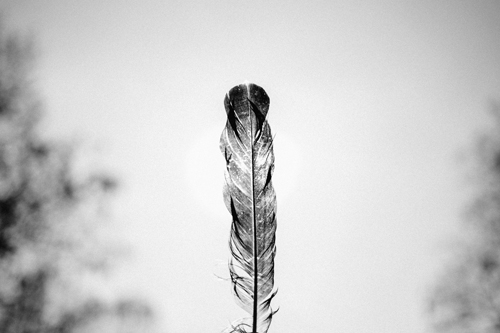 EVERYONE CAN EXPERIENCE TRAUMA

Each person aligns his or her own self- and world view with certain illusion bubbles. These bubbles are basic assumptions such as control over one’s own life, invulnerability of the body, fairness or predictability of accidents or strokes of fate. We assume that the world is a safe place and no suffering will befall us, our relatives or our friends. If an event occurs that shakes these basic assumptions, we can be thrown out of balance emotionally. According to Bonnie Janoff-Bulman, if a person’s usual coping strategies do not help, he or she is in a psychosocial crisis.

A trauma is not just a crisis

A psychosocial crisis is an acute but also temporary condition related to an emotionally important event that a person perceives as overwhelming. Psychotrauma, on the other hand, is much more far-reaching and does not end when the traumatic event is over. “Psychological traumatisation can be defined as a vital experience of discrepancy between threatening situation factors and individual coping possibilities, which goes hand in hand with feelings of helplessness and defenceless shock and thus causes a lasting shock to self and world understanding” as Gottfried Fischer and Peter Riedesser explained in their “Lehrbuch der Psychotraumatologie” 2009. These traumatic events, as psychologist Johanna Gerngros illustrates, are often experienced as a social and temporal break. The time after the experience is perceived as fundamentally different from the time before. A social break occurs either through the death of a person or when the circle of friends and relatives is divided into two groups. Then there are the people who were involved in the traumatic experience and those who did not experience it.
In a traumatic event, as Gerngroß further explains, a distinction is made between two types that specify the severity of a trauma. The monotrauma lasts for a short time, like a traffic accident or a unique violent experience. The polytrauma lasts longer, for example continuous sexual abuse or political persecution, and is therefore more difficult to deal with.

The trauma is not over when the traumatic event is over

According to the international statistical classification of diseases ICD-10 F43.0, the acute stress reaction starts during the traumatic event and can last up to 48 hours. Gerngroß explains that physical stress reactions such as sweating or trembling, altered perception, increased jitteriness, restlessness, insomnia, thoughts circling around the event and the re-experience of touch, smell or sound experience are natural reactions that can occur in the first two days of processing the experience.
The acute stress disorder, as stated in the Diagnostic and Statistical Manual of Mental Disorders DSM 5 available under Trauma Dissociation 308.3, is characterized by the same reactions but does not set in until after 48 hours and can last up to four weeks. Matthew J. Friedman explains that depending on how these reactions develop during this time and how the people around the traumatized person deal with them, the latter either develops a post-traumatic stress disorder or recovers.
Also listed in the ICD-10, to be found under F43.1, is the post-traumatic stress disorder: the chronification of the above-mentioned reactions, associated with stressful memories and nightmares. Gerngroß notices that through social retreat an affected person avoids similar situations and activities and promotes depression and anxiety.

As much as necessary, as little as possible

People are able to cope with a crisis if they are supported competently but not patronizingly. According to Gerngroß, this approach is called empowerment model. It attaches particular importance to the active involvement of the participants in all actions and decisions. Only by independence can the lost control over body, thoughts and everyday life be regained. The person’s reactions may or may not be perceived as pathological or disturbed; in any case they must be taken seriously in their feelings and their reactions.

A trauma is not the end

Many different situations can lead to psychological trauma and can shake basic assumptions, but with a lot of understanding and support from friends and family, and the assistance of a Crisis Intervention Counselor if needed, chronification can be prevented and these experiences processed. 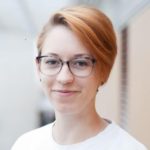 Catharina Lindig holds a Bachelor’s degree in Sociology from the University of Innsbruck and is currently doing a Master’s degree in Gender Culture and Social Change and a Bachelor’s degree in Educational Sciences. She wrote her thesis on the change of problems in the Crisis Intervention Centre for Children and Youth in Innsbruck. In 2018 she successfully completed the course Psychosocial Counselling in Crisis and Trauma at the Sigmund Freud University in Vienna.