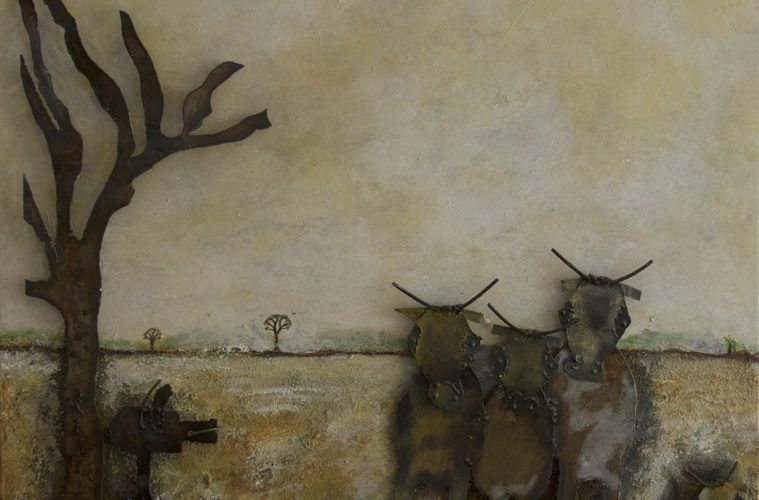 Insight into the Psyche and Trauma

As all living beings, we have a psyche that enables us to grasp the reality in which we live. We can make contact with our environment and obtain access to both our inner and outer worlds in order to ensure the preservation of the self and of the species. In short, our psyche serves as a filter between us and the world. In the case of human beings, this filter can be damaged by trauma which, as a result, limits or distorts our perception of reality. Just like the other components of our organism, the psyche is essential for our proper functioning and it is incumbent on all individuals to take good care of it.

Just like the other components of our organism, the psyche is essential for our proper functioning and it is incumbent on all individuals to take good care of it.

Depending on the reality we are confronted with, our psyche can find itself in the three following states. When we feel safe, it enjoys a healthy state. We are open and able to grasp the inner and outer reality as it is. We feel love and our response to conflicts is adequate. Contrastingly, when danger threatens us, our psyche enters a state of stress. Our apprehension of reality is therefore severely diminished, and we tend to react aggressively. Moreover, in stressful situations, our organism is reduced to essential functions to better cope with stress. Once the threat has disappeared, our psyche regains its healthy state. Finally, if we face a devastating danger and cannot escape therefrom, the psyche switches to a traumatised state that hides and denies reality.

A Brief Historical Overview of Trauma

Etymologically, “trauma” originates from Greek and designates a physical wound. Trauma was indeed limited to bodily damages until being used in the field of psychology in the late 19th century. Yet, it will take another century for the term “Posttraumatic Stress Disorder” (PTSD) to be officially introduced in the international nosographies in the 1980s. PTSD refers to one of the possible mental disorders the subject of a traumatic event is likely to develop.

Scientific research on psychological trauma has always depended on a political movement born out of the social context, which gave the victims a voice.

In her study “Trauma and Recovery” (1992), American psychiatrist Judith Herman provides an historical overview that permits a deeper comprehension of trauma. According to her, scientific research on psychological trauma has always depended on a political movement born out of the social context, which gave the victims a voice. It also highlights that periods of intense investigation were followed by decades of ignorance towards trauma. In this regard, three waves of public consciousness can be distinguished: hysteria; war neurosis; sexual abuses and domestic violence.

Awareness of trauma in a psychological context first emerged with Charcot’s research on hysteria, then considered a mental disorder that only affected women. It is to be situated in the socio-political conflict of the late 19th century in France between the Catholic Church and the republican anticlerical movement. Charcot offered a scientific explanation for phenomena like possession or religious ecstasy. His investigations were carried out to demonstrate the superior virtues of a secular over a religious conceptual framework. Taking research on hysteria a step further than their mentor Charcot, Pierre Janet and Sigmund Freud respectively concluded that it was caused by psychological trauma, especially by premature sexual trauma as highlighted in Freud’s “Aetiology of Hysteria” (1896). However, being massively attacked for implying that sexual abuse was an endemic phenomenon incriminating the bourgeoisie, Freud recanted his findings and this line of inquiry was consigned to oblivion.
Herman further states that the topic of trauma briefly resurged during World War I with the observation of war neurosis in the guise of “shell shock”, a term given to the posttraumatic stress reaction of combating soldiers. Nonetheless, it is only much later that psychological trauma received attention anew with the anti-war movement, denouncing the Vietnam War (1955-75), and the collapse of a cult of war.

The third form of trauma to retain public interest refers to sexual abuse and domestic violence. Related to the feminist movements of the Western hemisphere, trauma in this context has been extensively researched by Judith Herman and Lenore Terr, to name but a few. It was prolonged by the MeToo debate (2017) against sexual harassment and assault.

An experience becomes traumatising when our innate strategies to cope with danger have failed. American psychotherapist Peter Levine explains that, in response to threat, animals (and human beings) have at their disposal a palette of non-conscious reactions to defend themselves and save their lives. First, they try to fight. If unsuccessful, they attempt to take flight. If this again fails or is not possible (like for a baby), they freeze, that is get numb. In the animal world, this is a ruse to make the perpetrator lose interest. Transposed to the human context, from a psychological perspective, this means to dissociate the mind from the body in order not to feel. The dissociation implies a rupture. Consequently, healing one’s trauma will always require to connect to one’s body. As previously evoked, in stressful circumstances, our body uses its minimal functions. Accordingly, when the danger has gone, animals swiftly shake to expel the accumulated stress and get back their normal bodily activity. Contrariwise, human beings unconsciously register the stress in their body. Yet, this once life-saving stress is not necessary anymore and subsequently turns into a handicap.

The traumatised parts provoke irrational behaviour in situations of conflict, stress, and intimacy, for they contain memories about the trauma.

German psychologist and therapist Franz Ruppert, whose clinical focus lies on trauma, argues that certain types of trauma are easily identifiable, as is the case of existential traumas (subsequent to a serious accident, a natural disaster, warfare…) and traumas of loss (resulting from the death or disappearance of a loved one, the loss of a bodily function, exile…). Other forms have been investigated belatedly and are less concrete, like the trauma of attachment, whereby for instance the mother or father was physically present but emotionally absent, and systemic trauma relating to traumatic events that occurred within the familial system (murder, rape, incest, abortion…) and can still affect later generations, whence transgenerational trauma.

Looking back at almost three decades of experience as a trauma therapist, Ruppert proposes a model for the psychic splits occurring after a traumatic event. The psyche splits off in three parts: the healthy parts enable us to further grasp reality as it is; the traumatised parts, to encapsulate the unbearable feelings linked to the event (fear, anger, shame, repugnance…); the survival strategies, to not feel or remember the happening. To go a little more in depth, the healthy parts are characterised by their appropriateness. Thanks to them, we can regulate our feelings suitably and create or break emotional bonds; we are able to question ourselves and search for truth and clarity; we love ourselves as we are; our relationship to sexuality is adult; we are globally optimistic; we show genuine empathy instead of pity.
By contrast, the traumatised parts provoke irrational behaviour in situations of conflict, stress, and intimacy, for they contain memories about the trauma. They lie dormant and can be abruptly triggered by a smell, a taste, a photo or else, or intrude in flashbacks or dreams. At bottom, they want to be released from their prison and yearn to be acknowledged in order to heal. This may manifest in diverse forms: re-enactment of the trauma, compulsive behaviour, attraction to a type of partner, etc. Thence, being still mobilised by the traumatic experience, this psychic energy is not available for our growth.

The client starts to perceive and feel, instead of acting compulsively. Meanwhile, her healthy parts are enabled to grow so that she may gain autonomy and achieve her life goals.

As for the survival strategies, they insure our physical or psychological existence during and after the traumatic instance. In suppressing and denying the trauma, they serve as the guardians of our psychic splits. Thus, instead of feeling what happened, they look for compensations and produce illusions. Importantly, they also combat the inner stress level, which can be very high in traumatised people due to bodily memories. Survival strategies wear numerous guises, ranging from religious fanaticism to drug addiction via drinking, by way of illustration. Some are socially accepted and even stimulated, like intellectualism, workaholism, sport, or consumption.

Drawing on this split of the psyche, Franz Ruppert has developed over the last 25 years the Identity-oriented Psychotrauma Therapy (IoPT) as a means to exit what he calls the “trauma biography”. Originated from systemic and family constellations, this type of therapy rests upon the “intention method” that helps to address psychological trauma. To be more precise, the process is centred on the “intention sentence”, whereby the client finds her intention and writes it down, or draws it on a flipchart. In a group setting, she chooses for each word, punctuation or symbol a group member who will later go into resonance with this element, thus making apparent the unconscious content thereof. In an individual setting, markers are used for each element of the sentence, so that the “constellator” goes into resonance, one element after another.

IoPT has shown to be very effective as a means to shed light on repressed and unconscious patterns. By providing access to pre-language and transgenerational contents, it is therefore especially relevant in the case of early trauma. Furthermore, it allows to become in touch with the split-off parts of the psyche and so, to integrate them. Survival strategies may be unmasked, making it possible for the client to give up on them. The client starts to perceive and feel, instead of acting compulsively. Meanwhile, her healthy parts are enabled to grow so that she may gain autonomy and achieve her life goals.

Isabelle Guibert is a lecturer based in Innsbruck and cooperating in diverse projects in Africa, South America, and France. She teaches in the field of languages, peace and conflict transformation. As a facilitator, her deepest aspiration is to create a hospitable space for her course participants to connect to their self and discover their potential. Her main focus peruses trauma work; forms of communication and expression; unconventional and peace education. She studied in Nantes, Oxford and Innsbruck and holds an MA in English studies and an MA in Peace Studies. 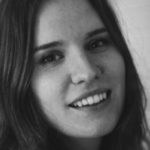 Gabriela Schild is a documentary filmmaker and screenwriter. During her projects in several continents, she was confronted with the issue of trauma and transgenerational inheritance, which she further explored through Jung’s and Ruppert’s approaches. The latter’s model regarding psychic splits reflects her observations in her work and her own life. She currently trains to become a psychotherapist and aspires to link filmmaking and therapy.