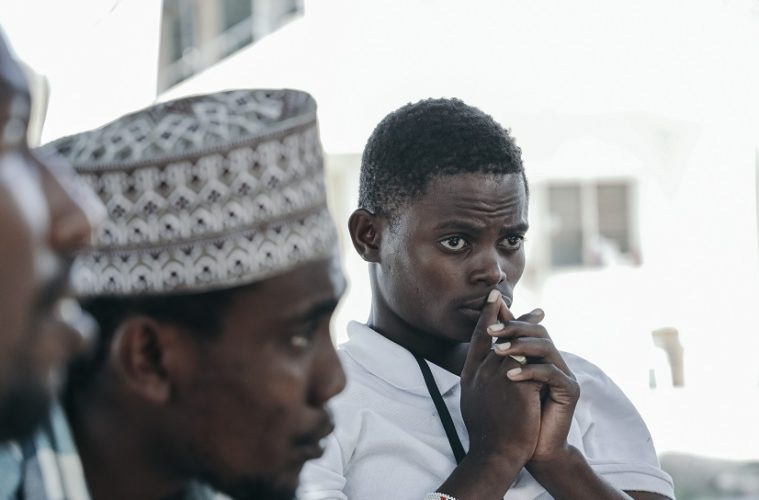 The most recent terrorist attack in Kenya happened at the upscale hotel Dusit D2 in Nairobi on 15th of January 2019 on the 3rd year anniversary of a significant al-Shabaab attack on the Kenyan military in Somalia. The attack was different, the attackers were not from Kenya’s ethnic Somali community or coastal Muslim communities. The terrorists did not fall into the popular categories of who a terrorist was likely to be – poor, uneducated and Muslim. At the forefront of this terror were young people who were non-Somali and with non-Muslim roots.

Since the late 1990’s, Kenya has been at the center of violent extremism in the Horn of Africa. The state response has been largely to enable state security actors to profile and track potential terrorists. Extrajudicial killings and human rights abuse by the police and other government agencies are commonplace and not only target violent extremism but also those involved in crime and the abuse has ethnic undertones. Profiling of the youth and communities who feel “othered” by police and the lack of justice is often mentioned by young people who feel marginalized and disempowered about why they are drawn to radicalization, regardless of their religion. The extremist appeal offers a sense of empowerment and purpose often for young people who feel disconnected and unempowered.

Since 2017, Green String Network (GSN), a Kenyan non-profit organization, began engaging in a trauma-informed, community-based social movement. The program is called Kumekucha: It’s a New Dawn. The initiative responses to neglect, abuse, marginalization and injustice and supports a personal and collective healing process. Our research shows Kumekucha brings about an increased feeling of agency, increased choice and empowerment which addresses issues which encourages violent extremist recruitment.
Upon strong recommendation from the communities, GSN developed a similar programming, involving the Kenyan National Police Service (NPS) and the Kenya Prison Services (KPS). Muamko Mpya: Healing the Uniform is the adaptation and builds on Kumekucha by examining the cycle of violence, trauma, resilience and healing through the security sector lens.

What we have learned is there is a ‘Mama Anisa’ in every community and institution. She is the person everyone calls, when there is a crisis. There are not enough trained counsellors or social workers in violence prone communities and under resourced institutions to help people deal with the high levels of distress and trauma they experience in life.

‘Mama Anisas’ are the sustainable agents of resilience and strength to transform and support healing in their communities and in the police.

The movement works to identify and support hundreds of ‘Mama Anisas’. These mobilizers are the sustainable agents of resilience and strength in their personal journeys to transform and support healing in their communities and in the police.

The volunteers use a unique and rich African indigenous methodology of community leadership, storytelling and African folktales, to guide community members through a 12-week volunteer program using watercolor paintings. The volunteers meet with small groups (12-15 people) for two hours a week. The discussions focus on an introduction to toxic stress and trauma, effects of trauma, coping mechanisms, the cycles of violence, and transformation. Participants are encouraged to share stories they see within the paintings as it reflects their own personal experiences.
The model for the groups emerges from indigenous peace practices and not from a bio-medical, psychosocial counseling approach. During the sessions the participants create safe spaces, reconnecting and often rebuilding and strengthening relationships. The groups provide tools for people to (re)examine the root causes of violent extremism and propose sustainable solutions given the limited financial resources available. Participants are taught about how their brains function. Therapeutic tools such as the emotional thermometer, deep breathing and mindfulness practices are introduced. Existing research demonstrates how simple activities can improve a holistic sense of wellbeing by slowing heart rate, reducing stress, and coping response to stress for extended periods of time and reactivity.
Key to the approach is, that the intervention is not just about raising awareness, but rather changing behavior, and responses. It’s a lens used to address the complexity of chronic violence. It recognizes systems and structures which should be supportive of recovery are often greatly damaged by the same violence and are often broken and unable to respond when asked.

In spite of, or even because of, the apparent cycles of violence in Kenya, both the Kumekucha and Muamko Mpya seek to sustainably strengthen the social fabric by enhancing both individual and collective wellbeing and resilience of both Kenyan citizens and police officers. Both are part of a volunteer social movement holding and creating safe spaces and providing a new space to transform the often mutually hostile and adversarial relationships.

Famau Ahmed: My hatred of the police activated my radicalization process, healing transformed it // I was profiled, arrested and tortured several times by the Kenyan police because of the way I looked. By the time I entered into the Kumekucha program it was clear I had a major grudge against them. Whenever I met a police officer, I felt they saw an al-Shabaab sympathizer. I began to have fantasies of revenge. I dreamt of hosting al-Shabaab and helping them attack the police. I began storing videos of al-Shabaab attacks on my phone. It became my mission to join al-Shabaab as my revenge. In 2017, I was a part of a healing process from the Green String Network (GSN). I began to understand myself and forgive myself and others. I transformed. In order to help others, I became a trainer and impacted others like me who had suffered traumatic events and were on the path to radicalization. In late 2018, GSN asked me to train police officers. I never thought this was possible but through the social healing process, I began to empathize with police and their experiences of hardship. I no longer hate police officers; in fact, I now have a good relationship with them. I invite them to dinner with my family. Today, because of the healing process, and my work with the police I have never felt safer in my life. Famau Ahmed gave his permission for his story to be shared publicly. He is a GSN Resource Facilitator and has led the Kumekucha movement in Lama since 2017 and was instrumental in working with the National Police Service (NPS) and Kenyan Police Service (KPS) to develop the Muamko Mpya: Healing the Uniform

A Kumekucha Journey: Mama Zuria’s Story // My son went to Somalia along with other youth from our community. They were radicalized by a local sheik. Initially, I was happy my son had become so religious, but after a while I noticed a change in his behavior as he was unwilling to discuss what he learned at the mosque. He seemed angry all the time. I was scared, as I did not know how to respond. I was informed by community members my son travelled to Somalia. He did not tell me. It was a very painful period, I suffered as the anti-terror police unit frequently stormed my house. They arrested me on several occasions. Eventually my son escaped from Somalia and surrendered to the Kenya Defense Force (KDF). He was released after a year in custody. Al-Shabaab declared him a traitor and he was gunned down in unclear circumstances. Kumekucha sessions changed me. I was hurt and angry. I can now speak about my trauma and pain without fear of being stigmatized. Because of Kumekucha, I now lead a monthly women’s support circle made up of other mothers who have lost their children either to the anti-terror police or al-Shabaab agents. Each time we gather we gain more strength to continue life. Part of our agenda every month is to support one another by contributing a few shillings for our joint savings. We visit families affected by violent extremism, every month. Among other things we talk to them and provide space for sharing with the aim of offering healing pathways. Mama Zuria gave her consent for her story to be used publicly. GSN also developed a short film about her story and her work as a Kumekucha Community Facilitator. The film won a Sustainable Development Goal (SDG) film award for “Building Peace” at the SDG Film Festival at the United Nations in July 2019. The short programmatic film can be found on youtube. 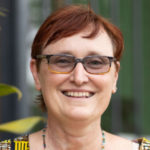 Executive Director and a Ph.D. candidate at the Centre for Peace and Conflict Studies, Cambodia in Applied Conflict Transformation Studies in Siem Reap, Cambodia. She is a peacebuilding practitioner with over 25 years of experience.