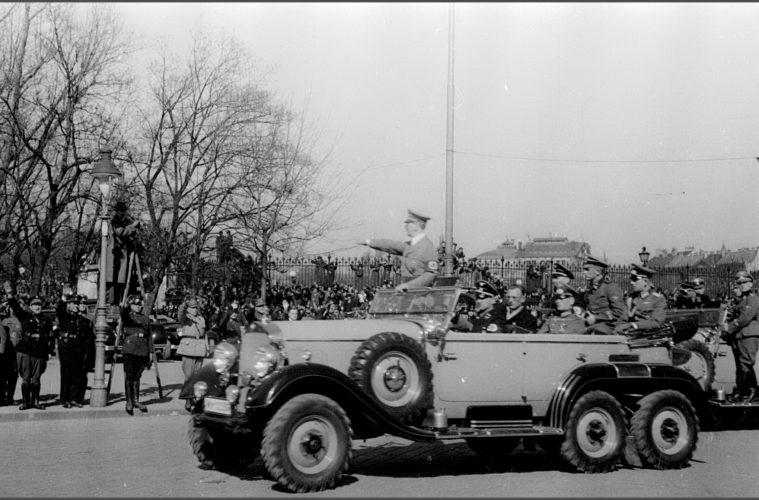 It was a sunny Tuesday in Vienna when two young women made their way towards Heldenplatz (Heroes’ Square). They did not know each other, and the feelings they had while walking through the city centre of Vienna were quite different. Elisabeth, a 20-year-old law student, actually did not want to go and felt very uncomfortable walking there, knowing that the day she had dreaded for a while had eventually come. Gertrud, with her 15 years still a teenager, felt excited to thread herself through the crowds of people, absorbing the energetic atmosphere while anticipating to find a spot where she might actually be able to catch a glimpse. When the car containing Adolf Hitler turned into Heldenplatz passing by the 250.000 people who gathered there, Gertrud had climbed a streetlight, cheering for the Führer. Elisabeth, on the other hand, had not joined the enthusiastic masses and was sitting instead in a nearby park where she listened to Hitler’s speech with tears of terror streaming down her face.

All of this happened on 15th of March 1938, the day Hitler announced the annexation of Austria by the German Reich. Elisabeth and Gertrud grew old without ever meeting each other. I, however, have met both of them. Our hands touched, and there was love between my great-grandmothers and me. If I meet my great-grandchildren one day in the far future, I will be the link between them. This will be my 200-year lifespan: the hands that I touch during my lifetime will have an accumulated experience of two centuries on this planet.

In the immediate aftermath of the annexation, anti-Semitic violence broke out in Austria. During the Pogrom Night in November 1938, the violence against the Jewish population peaked, especially in Vienna and Innsbruck. As a consequence, 112.000 Austrian Jews left their homes and fled to 89 different countries around the globe. Most people in Europe know about the Holocaust. However, I have frequently found myself surprised about the lack of awareness concerning the involvement of Austrians in those crimes. As a matter of fact, 60.000 Austrians joined the Waffen-SS, and their participation in the killing of 65.479 Austrian Jews was disproportionately high. It is an uncomfortable heritage, which might also be the reason why silence dominated the Austrian memory culture after the Second World War.

It was not until the late 1980s that the Nazi-past of Austria made its way into the public discourse while Germany had started to deal with its history many years earlier. Since Austria was considered the first victim of Nazi-Germany, the country was able to hide behind the victim theory. After the end of the Cold War, during which Austria was of strategic importance for the international community due to its geographic location between the West and the East, the country lost its significance, which is why it was no longer necessary, from an international point of view, to leave Austria’s involvement in the Nazi-regime uncommented. It was therefore also due to international pressure that in July 1991, Franz Vranitzky, then Austrian chancellor, officially admitted the involvement of Austrians (not of the Austrian state) in the crimes of the Nazi-regime. That was one year before I was born, and by the time I went to school, the Second World War and the Holocaust had become important topics in my history classes at school while for my parents and my grandparents history had ended in 1918.

Dealing with the past before my present

I remember that I have always been interested in and fascinated by WWII. It was always clear to me that Austrians played an active role in the Holocaust, and my parents encouraged me to read about it and they would talk to me if I had any question. The WWII-expert in my family had always been my maternal grandfather who must have read hundreds of books about it. He was also the only person in my family who told me something personal about this war and the role his parents had played. His mother, Gertrud, the young girl climbing a streetlight, had married an SS-man. “Mein Vater war ein SS-Schwein” (“My father was an SS-pig”), he told me many times. Maybe it was also due to this that I never sought to find out more about my other great-grandparents. It was not until recently that I realised how little I knew about my family’s war-history and how much that actually bothered me. I started to wonder if I should feel guilty about what my ancestors might or might not have done. Am I allowed to love my home? Can I wear a scarf in our national colours when I visit the football stadium? I even started to approach my Master’s thesis from an angle of inherited guilt until I realised that guilt was not what I felt: it was responsibility. I do not think it makes sense to feel responsible for crimes that have been committed 50 years before I was even born. However, I do feel responsible for not letting this happen again.

I do not know how often I have heard people say: “It was 70 years ago. Why do we still need to talk about it?” I believe that talking about it and fighting against oblivion is actually key to prevent similar events from happening in the future. When I was 19, I worked with Holocaust survivors in a Jewish retirement home in Vienna. It was frustrating for me to realise that with their passing, many stories would be lost forever. Years later, when I found myself irritated and angry with the lack of knowledge I had about the stories of my own family, I knew that I had to gather the stories that had not yet been forgotten. Thus, I interviewed my grandparents, my parents and my brother and let them tell their stories connected to the Second World War.

I realised none of them had anything to hide and that all of them talked openly about everything they knew and felt. I was confused about this openness since I could not grasp why I had never heard these stories before. My grandparents told me a lot about their own experiences during the war but also – and especially – about their parents’ experience. My parents did not know any of these stories because nobody had ever told them and they also had not asked. Prior to those interviews I had always considered the possibility that there were family secrets, things nobody would ever tell me about because they were too painful, shameful, even unspeakable.

In order to understand a family system with its conflicts, it is essential to be aware of our ancestors’ experiences too.

This was, however, not true. Instead, the traumas of the war contributed to a culture of silence in my family that created new conflicts of its own. This is not surprising since traumas that are kept secret increase the likelihood of a transgenerational transmission of them. If this happens and the trauma remains a secret until the death of the initially traumatised person, it becomes even harder for the second and third generation to detach themselves from the trauma since they can feel but not remember it. This makes silence a very effective factor contributing to the transgenerational transmission of trauma. One’s own silence can therefore negatively affect the generations to come.

The healing potential of stories

Having analysed the interviews, I realised how many of our family conflicts were related to what had happened during the war. How important it can be to share stories became evident when I interviewed my maternal grandfather. He told me stories about his childhood he had not shared with me or my mother before. Only a few days after that interview, he suffered from a stroke that affected the language centre of his brain. Due to his stories, which I shared with my mother shortly after, she was able to reconcile with him and spent his last days on his side, feeling love and a connection for the first time since her childhood. I believe that this reconciliation was the main reason why my grandfather seemed so peaceful when he passed away. This would not have happened if he had not shared his stories – just in time – which helped my mother to empathise with him.
As different as my great-grandmothers’ experiences on 15th of March 1938 were, as different were their experiences during the war. They also had families, and I had two more great-grandmothers who did as well. All of their experiences are united in my brother and me. It is not only our own experiences that make us but also those of our ancestors. In order to understand a family system with its conflicts, it is essential to be aware of those experiences too. This does not only apply to my family but also to many others, and I am sure that many of the everyday conflicts in our society are connected to a silence that spread across Austria as a consequence of the war. Believing and relying on the power of telling stories and to listen to the stories told by the people around us is therefore an indispensable part of the path that can lead to the healing of transgenerational trauma.

Thank you to the Österreichische Mediathek (www.mediathek.at), who gave their friendly permission to use the historical photographs for this article. 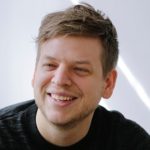 Fabian Ladstätter graduated from the MA Program in Peace Studies at the University of Innsbruck in 2019. In his thesis he focused on the influence of silence on transgenerational transmission of trauma. Since his graduation, he has been working as a research fellow for the Austrian Democracy Lab and for the Austrian Foreign Ministry, where he works in the department for Sub-Saharan Africa.