Put the kettle on, love – The scrumptiously marvellous tales of an armchair traveller’s voyage in mosaic peaces. Or: Intuitive storytelling, peace and the strength of academic imagination

I have taken the writing of my master thesis at Innsbruck as an opportunity to stretch the boundaries of what imagination can mean in an academic sense. Prompted among else by myself not being able to answer my own research question through the methodological means I had set for asking others, I decided to dig deeper into what could be possible in such an academic work. I set out to define how far I could go while neither losing my creativity nor my academic standards. I wanted to represent the author while at the same time representing solid research of a kind.
The result as I consider it, is a mosaic quest layered between storying and re-storying, a conversation between my readership, the page as conversation partner and my scientific and creative selves, taking its influences from baking sour dough bread as much as from academic journals. My thesis draws on music, literature, scientific research and relations, gradually discovering its own methodology – intuitive storytelling, the taking of stories as paths to discover and iterate the obvious and hidden – to discover what peace can mean for an individual.

I can full-heartedly say that I thoroughly enjoyed writing my thesis. Not denying that I considered extensive changes to life, appearance, acquaintances, career and substance use in general and on a regular basis during writings, I decided relatively early on that this was something I had become used to since being accepted into peace studies at Innsbruck (it’s a tough program). Hence, it would not hinder my genuine indulgence in the process. I am grateful for having been given the opportunity to stretch the boundaries of what I consider possible, realizing that the result may appear provocative at times. “Eliminating the impossible, whatever remains, however improbable, must be the truth”, as Conan Doyle writes in The Signs of Four (1890, 2003: 121), allowing Sherlock Holmes to give this advice to Dr. Watson on a regular basis. Even if one of these truths turns out to be a unicorn. 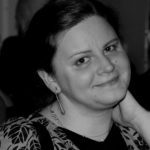