The aim of my thesis is to understand Carl Gustav Jung´s elusive notion of synchronicity from a transrational perspective and relate synchronicity to the transpersonality of the ‘All-One’. In order to do this, I expand the content and meaning of Wolfgang Dietrich´s layers of Elicitive Conflict Mapping (ECM) through re-relating them to Ken Wilber´s model of the structures of consciousness; with synchronicity as the literal connecting principle. I also re-relate Wilber to the foundational work of Jean Gebser, in order to still diffuse Wilber´s vectoral evolutionary narrative. The result, then, is an expanded notion of the transrational peace philosophy which includes Wilber´s model of stages and tendentiously comprehends synchronicity. Thus, transforming the hierarchical pyramid of Dietrich´s model into a spinning globe in Gebser´s sense, the riddle of the paradoxical two epicenter described in Dietrich´s third volume is solved, since they simply are two aspects of the same epicenter. The experience of synchronicity in the Jungian sense, then, is a characteristic experience of the All-One seen from the logic of the second and third chakra structure.

Writing this thesis means for me treating and at least partly closing a topic, which has intrigued me for a decade. The writing-process itself was a rather long and arduous journey, not least owing to the complexity of the topic of synchronicity and has certainly showed me the limits of my personal capacity of comprehending and communicating. 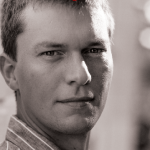