A Conversation with Nobel Peace Laureate Abdessattar Ben Moussa about the unique Tunisian path of political transition. In the midst of a region of turmoil, Tunisia seems to have gone a different path after the 2011 revolution. Often the country is referred to as an example for how democratic transition can be fostered from within an Arab society, rather than enforced from the outside as in both Iraq and Libya. On December 10th the Nobel Peace Prize was awarded to the Tunisian National Dialogue Quartet, which can be seen as an act of recognition and encouragement of this unique path.

MPM: The National Dialogue Quartet will receive the Nobel Peace Prize on December 10th. What does that mean to you?

ABDESSATTAR BEN MOUSSA: The Nobel Peace Prize is a great honor not just for the Dialogue Quartet, but the whole of civil society. It acknowledges the merits of the revolution and also the women’s movement, which has taken a central role in the revolution. Furthermore, the revolution carries the message that dialogue is the only way of solving conflicts. This is also a message to our friends in Libya and Syria who are fighting and destroying themselves on a daily basis. The revolution has shown us that dialogue is the only constructive path in all phases of conflicts, while weapons cause destruction.

MPM: What is the difference between the Syrian, Egyptian, Libyan and the Tunisian path?

BEN MOUSSA: The difference in Tunisia is the dialogue but we also have different societal circumstances here. We do not have ethno-political conflict lines, such as Sunni-Shia divides. Also, the civil society sector is powerful in Tunisia as we have independent labor unions. It is rare to find such an independency for syndicates elsewhere in the Arab world. Another aspect that makes Tunisia unique is a culture of dialogue between workers and employees, particularly in times of crisis. The negative impression of the violent developments in Cairo had a positive impact on the outcome of the Tunisian dialogue process. This is why we were able to avoid a civil war scenario, like in Libya and Syria, while also avoiding the repressive path of authoritarian rule, like in Egypt.

MPM: How do you explain the relatively high number of Tunisian Jihadists in the lines of the so-called Islamic State?

BEN MOUSSA: This is a big catastrophe. Yet, terrorism is not specifically a Tunisian phenomenon, but also American and French. Terrorism lives in poverty and social need produces terrorists. Therefore, we as civil society actors are now focusing on economic and social rights as they build the foundation on which the revolution started. The revolution, or the democratic transition, remains threatened unless it is accompanied by economic transition. Unfortunately, we have not seen that thus far. In 2011, the purchasing power was much stronger than today. The government has to find solutions for that but it also cannot do that alone. The Tunisian economy should be revitalized through European and Arab investments. Without investments, the Tunisian democracy will remain fragile.

MPM: Which shall be the future role of the National Dialogue Quartet?

BEN MOUSSA: We were asked to institutionalize the Quartet but we refused. The Dialogue Quartet could help in developing the health and education sectors but it can never replace the state institutions.

MPM: At the Innsbruck School of Peace Studies we understand peace as a term that has to be conceptualized in the plural, meaning that there are at least as many peaces as there are people in the world. You will necessarily have a different understanding of peace than me, due to our different socializations. What is peace for you?

BEN MOUSSA: Peace is where there is no discrimination, no racism, no dictatorship. Let us not talk about peoples. We are all one people. Peace and weapons are a contradiction, yet we see weapons everywhere. In my opinion, there are places in the world that deserve our special attention. For example, Palestine. I think we must come to a solution in this conflict, because if it is solved many extremist organizations would lose some of their key arguments. Humans everywhere should be seen as humans. All world constitutions should describe a person as a human being, as the Universal Declaration of Human Rights describes that peoples are born free. Equality should not be among citizens but among humans for the sake of their humanity. Peace is beautiful but it is difficult as humans rush to war faster than to peace. Peace is a dream.

*Parts of this article were first published in German in the Austrian newspaper Tiroler Tageszeitung, on November 9th 2015. 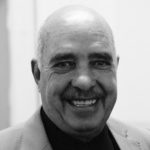 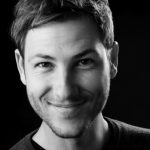 Paul Lauer is based in Graz and works as a consultant in the field of sustainability and diversity – currently facilitating seminars on Conflict Transformation for companies within the project div-in-co (diversity - inclusion – consulting, Caritas Steiermark). His research interests are focused on intrapersonal conflicts linked to social ecology.