Theatre for Living and the Asylum System of Tyrol

Everything started about one year ago when we asked ourselves how we could use our professional experience to assist with the current refugee situation in Tyrol, Austria. We began to consider  the community practice “Theatre for Living” and its founder David Diamond from Canada and how they could help us to achieve this goal.

Thanks to our own perspective and our expertise in theatre, as well as our experience in organizing and hosting events, we decided to bring together Innsbruck’s Haus der Begegnung and spectACT (association for sociopolitical theatre), both being our geographical, institutional as well as symbolical home. In order to start the project we invited a team of representatives from more than 10 organizations and institutions engaged in refugee issues to host the event with us. All of us went on a one-year-long journey to explore the relationship between hospitality and peace in Tyrol.

Hospitality: One of Many Peaces

When do we feel alive? Here, we reference “we” as the authors of this text, but we welcome everyone to join us. Very often we feel alive in moments of shared joy, shared sorrows and shared life. When we feel accepted and recognized, when we feel heard and seen, when something or someone touches us deeply. Such are the moments when we are connected – with ourselves, with others, with a community and with the entire universe. In this conceptualization then, we are part of something that is much bigger than ourselves as individual beings

It looks completely different, though, when we are separated or disconnected from each other. Separations happen, they hurt, but they are sometimes bound to happen. Separations challenge us, as they accompany us like a fracture through our biography – no matter if they are consequences of our own choice or not. With this in mind, we ask how do we deal with ourselves and with those who have been separated – from their homes, their families and their previous lives?

“Hospitality is one form of the many peaces which exist and which we are able to pass on.”

Ivan Illich explains in his 2006 text, in den Flüssen nördlich der Zukunft. Letzte Gespräche über Religion und Gesellschaft mit David Caley, that in early Christianity, it was common in every household to have a spare mattress, a candle and some dry bread ready, in case Jesus Christ, in form of a stranger without shelter, would knock on the door. Jesus is described as a stranger asking for hospitality. Which significance do we give to hospitality? In our families, in our circle of friends, in our work and last but not least in our society? Which value do we give to hospitality here in Tyrol and here in Europe? And do not we miss something beyond words if we are not able to have a space in our life ready for the moment when Jesus Christ, in form of a stranger, knocks on our own door asking to be let in?

The Asylum System in Tyrol

Worldwide displacement is at an alltime high, reaching nearly  60 million refugees according to the United Nations Human Rights Commission in June 2015. In Europe, many questions regarding global refugee policies remain unsolved. Questions about boundaries, the outsourcing of responsibilities and the distribution of refugees have not been answered yet. The asylum system of Tyrol faces the same issues. We wanted to address these open questions and look for feasible approaches in a combined effort.

By the summer of 2015, 3027 asylum seekers were living in 75 refugee homes spread all around Tyrol, according to the local government of the Tyrol region. As of September 2015, there were 56,256 new asylum applications in Austria which is a 231% rise since 2014, as reported by the Bundesministerium für Inneres, Asylwesen. Asylum has always been a big issue and it becomes more and more important. It gets discussed in different contexts and is also exploited by various groups. From our experiences working in this context, neither the refugees themselves nor the people working in the ‘helpers’ system have a platform to express the emotional layers of their experiences. In some cases, they become the objects of articles, discussions and decisions without getting involved. We found that there were missing spaces beyond judgments and diagnosis, where common stories could not evolve.

Because of all those reasons, we decided to be hosts at our working places and extend a twofold invitation: an invitation to the theatre and to the Haus der Begegnung. The theatre is a fantastic place to encounter each other, work together on a common topic, and thereby transform. Participants discovered common stories, which deal with reality and life as they wish it to be. The Haus der Begegnung provided the space needed for that.

We decided to invite the “Theatre for Living”. This form of theatre was founded by David Diamond from Canada and is based on the “Theatre of the Oppressed” by Augusto Boal. The assumption of this method is that community life can be shaped and transformed in the theatre. So we invited David Diamond as well as asylum seekers who often live in separation from their homes, from possible futures (since they are not allowed to work) and from the local population. And we invited people working in the asylum system who try to bridge these separations in the sense of the Christian term “agape” which means a love towards oneself, the others and the divine.

Many governmental and non-governmental institutions as well as individuals contributed and helped us to create a successful cooperation. During the preparation for this transformational process, we wanted to find out – among many other things – where there is a lack of hospitality and how we can shape hospitality as one form of a common peace for hosts and those who are hosted.

There is one more thing which we could experience in the theatre: it is the relation between our own lives and the lives of the others. And if we realize that all of our lives are part of a greater union, we are able to decide if we want to add more separations to life or if we want to unite what has been separated. This, by the way, is what integration means: reconnect what has originally been together.

Last September, after a whole week of workshops and preparation, 19 people from 10 different countries such as Syria, Congo, Somalia, Afghanistan and Austria, among others, created a forum theatre event that raised the question of how can we humanize asylum in Tyrol? We organized two performances and more than 400 spectators attended them, looking for answers to this question. About 20 persons form the audience  in the plays, trying to personally engage in the struggles about asylum on stage.

It’s dark. The audience is alert and warned that it might get loud. Voices are yelling in seven different languages: I’m thirsty! Je suis fatiguée! (I am tired!), I can’t go on anymore! One voice is shouting: faster! Go faster! Go, go, go! The voices are moving from backwards towards the stage. The spotlight comes on. People are standing in an imaginary crowded place, leaning against each other, staggering. Then there is silence. Gazing down, gazing into the distance. Until then only one spoken question is left: What shall we do now?

Forum theatre deals with the world as it is, not as we wish it to be. Now that the refugees are here, begs the question: what now?

Forum theatre deals with the world as it is, not as we wish it to be. Now that the refugees are here, begs the question: what now? The workshop participants created two scenes about their struggles. “Waiting” is one nerve-wracking problem. But they also struggle with very unhealthy competitive dynamics created by our society. Who is the most “urgent case”? Who’s country is more cruel, more at war than the others?

Additionally, the people who try to help are struggling with an overload of work and a lack of resources.. Therefore, they are sometimes torn between wanting to help and not being able to fulfill the rising expectations. Then, there is another dangerous field of conflict where the frustration and fears of the refugees meet the fears and frustration of the local people which is that there are hardly any chances to really meet and get to know each other. Even a residence permit can often not make the refugees feel at home.

Our group of people consisted of asylum seekers, volunteers and professionals within the asylum system (a living organism that lives within the bigger living organism – the geographical community of Tyrol) and David Diamond, who gave us the opportunity to tell our collective stories without telling anyone’s personal story. The audience who is part of just the same community was confronted with real and serious questions.

On and off stage a dialogue was created that left the binary view of the world with its simple answers aside, trying to embrace the complexity of the current situation of asylum in Tyrol. We were at equal eye level and really saw and heard each other. We did not only see and hear the point of view of the Syrian, the social worker, the politician, the refugee, the Somali, or the unemployed – all of them being roles that were acted out on stage .e were at the same time able to recognize the human being behind these roles. Hopefully, we can continue this dialogue and further explore the ever changing relationship between hospitality and peace through theatre. 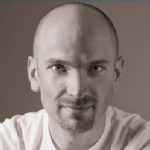 Armin Staffler is a trainer and facilitator for Applied Theatre specialized in Theatre for Living. Armin was raised in Innsbruck (Austria), he is married and has two daughters. He has been a faculty member of the MA Program in Peace, Development, Security and international Conflict Transformation since 2002. He has 15 years of experience in facilitating community based theatre projects about issues of living together. 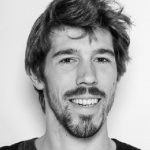