Our 4th volume is all about revolutionary moments. In times of events such as the ongoing refugee crisis globally, Brexit, and Donald Trump’s electoral campaign, such moments seem to be particularly present. Revolutionary moments however, can be found in many shapes and forms. It seems that in some cases certain moments are coined as revolutionary ones by the media and therefore become part of the  power politics in the Global North. This volume captures not only key examples found in the mainstream media and dialogue, but also social movements and global efforts for peace as well as individual transformations which happen between people and groups and furthermore within individual beings.

Revolutionary moments to us, expand beyond conventional peace studies definitions of what a revolution is and aims to also include ‘micro-level’ transformations and change among and within individuals as not disconnected from broader revolutions or peace efforts. This conceptualization embraces a transrational understanding of peace and draws on the idea that individual peace is not disconnected or separate from global peace. Revolutionary moments are experienced within us as we change, transform, connect and influence the world around us as individuals with both unique and intersecting identities. […]

When I received the invitation to write this greeting note about ‘revolutionary moments’, I became excited, joyful and expectant. What a powerful idea it is to not only think what these moments are, but furthermore how they happen, how they unfold and to dig deeper into their meaning for peace studies.

From such a theme, one could expect a magazine filled with ‘big moments’ in history that tell tales of big events, spectacular peaces and great violence. Yet, that is not the case in this Many Peaces Magazine, which has been founded on the spirit of the multiplicity of many different small, imperfect and transrational peaces that invite a transpersonal, emotional, bodily and spiritual engagement with life – of which revolutions, transformations and change are part and parcel. 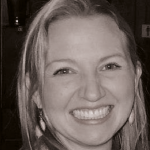 Peace Elicits & the Culture of Many Peaces