Alejandra Barrera and Carlos Gauna Vargas9. January 2017Around the WorldgeneralVol. 5

During the summer of 2015, within the framework of the Many Peaces Festival, emerged the idea of organizing an Encuentro de Paz in Mexico. This would become the second Peace Encounter organized with the initiative of the Mexican alumni. The first one was in 2009 at the Facultad de Arte, Universidad de Los Andes in Mérida, Venezuela, where Wolfgang Dietrich gave the keynote speech: A Call for Transrational Peaces and the Concept of the Elicitive Conflict Transformation. From these seeds, this story begins.

In November 2015, we gathered for the first time, using Skype as the platform allowing us to connect despite the physical distance. We are seven people, alumni, and facilitators from the MA in Peace, Security, Development and International Conflict Transformation, with different backgrounds and expertise, but together we share the conviction of creating a place for sharing and working.

During our years participating in this Peace Program at the Innsbruck University, we found evidence of diverse interpretations of peace, all of which express its pluralistic character. In this regard we understand peace in a broader sense, rather than simply as a contractual commitment and the mere absence of war. Henceforth we aimed to develop a space where the differences and the contradictions of peace have a place to be respectfully discussed.

For me (Carlos), this was the first time that I actively participated from the beginning in the construction of a space of this nature. I was eager to learn from and with others, to participate in the debates, and to share my experiences and ideas. During the meetings, I encountered a loving and open space for expression where everyone had the opportunity to speak up, and more importantly, to listen to what others had to say.

In my case (Alejandra), I got excited about the idea of working together with alumni from Innsbruck because we were going to become immersed in time and space in a real setting, and not just in a theoretical way. We were going to share transrational peace philosophy in Mexico City! Every time we met we were very enthusiastically figuring out how to make the best of the Encuentro de Paz. We spent much time and energy imagining, talking, deciding, creating and bringing it into reality. Now that it has taken place I can only say that it was worth creating it and that I would do it again.

Sowing the Transrational Peaces in the Encuentro de Paz

The Encuentro de Paz took place from the 26th to the 29th of May 2016, in Mexico City. It was called: Encuentro de Paz: Sentir, Pensar e Imaginar la Transformación de Conflictos. We were hosted at the Universidad Autónoma de México and at the Patronato del Parque Ecológico de Xochimilco. Both are places of learning and beauty which allowed us to deeply connect with the spaces themselves, with the other participants and with their feelings and ideas.

During the Encuentro de Paz, 47 participants from different academic communities, specialists, social actors, and artists involved in the study and/or practice of peace and conflict transformation shared their lectures, workshops and artistic performances. Different topics were offered, from education for peace, peace culture to peace and development, peace from a legal perspective and art and peace. These allowed for the creation of a multidisciplinary discussion where peace was the connection.

The very first seed of the many peaces started to grow in Innsbruck, growing into a beautiful and strong tree. Now, after some years, the alumni network is getting into a stage where we have matured, where we are flowering and giving fruits, and from which we are spreading the transrational peaces seeds to our own lands. In this way, we are starting to grow transrational peaces forests in different parts of the world and one of these was the very first Encuentro de Paz in Mexico City!

During the Encuentro de Paz different Mexican peaces were made visible. Each of the participants brought their knowledge, their expertise, their soul and their imagination to this iconic place. We had the opportunity to learn from each other and to understand that the emotions and spiritual knowledge that we have within us can be taken into consideration just as much as the modern and more academical type of knowledge. That is what made it unique, all was welcome here!

We cannot say that all which was presented was welcomed by open minds and open hearts, but the ideas were transmitted and sowed into the Mexican soil. Now we have the great opportunity to continue this work, to seek transmitting the pluralistic and local ideas that have always been located in the Mexican context but that  have has been disregarded so many times.

The seeds started to grow

We organizers are gratified by the success of the Encuentro de Paz in Mexico; Not only because we were able to share the transrational interpretation of peaces in the Mexican context at an academic and practical level, but also because through it we have learned, connected, and exchanged ideas about what peace is from different perspectives and disciplines. One of the most important aspects of the Encuentro de Paz was to listen to the stories, observations, and insights of the different participants. They were precisely the ones who made this encounter possible and their words and feelings need to be shared.
To showcase some of the experiences that were growing at the Encuentro de Paz we chose  comments from different speakers and participants – from María Zareth Cruz, who was a speaker in the field of education and peace, or Andrea Mondragón and Kristel Porras Ruiz, young students from the Claustro Sor Juana Inés de la Cruz University, to Shawn Bryant, speaker and workshop facilitator.

María Zareth Cruz remarked that the Encuentro de Paz created a space for dialogue where the participants could express and share experiences of peace developed from the lenses of transrationality, transdisciplinarity, the moral imagination, the arts, and performativity in Mexico. She affirmed that education should encompass the whole being – body, mind, energy, and spirit – and their communion with nature from an elicitive point of view that respects the knowledge and perception of each community. She also suggested that we should transcend our borders by creating networks and debating forums, writing articles, developing projects, sharing opinions, and exchanging research.

Andrea Mondragón, a student from the university Claustro Sor Juana, reflected on the different perspectives that peace and conflict concepts may have. She explains that , it has been interesting to encounter different categorizations and diversity during the days of the Encuentro de Paz. She stressed that for her conflict is the creation of a dramatic tension, which makes a story interesting and allows its continuation. Furthermore, it was important for her to acknowledge that conflicts can be subtle and that sometimes we are unaware of their existence, which does not make them less serious. It was after all a comprehensive learning process that showed different people looking for and forging processes to create peace. She ended by saying: “Those days were days full of love, spirituality, electricity, and too much inspiration. I have no doubt that the Encuentro de Paz in Mexico displayed a great arena of real peaces facing towards the atrocities of the reality.”

Those days were days full of love, spirituality, electricity, and too much inspiration. I have no doubt that the Encuentro de Paz in Mexico displayed a great arena of real peaces facing towards the atrocities of the reality.

For K. Kristel Porras Ruiz, the Encuentro de Paz was a new experience. Especially at the Patronato del Parque Ecológico de Xochimilco, because of its peaceful atmosphere and for the representation of nature as another important part of peace.

Finally, Shawn Bryant, alumni, colleague, and now faculty member at the MA Program in Peace of the University of Innsbruck shared his experience of participating in both scenarios of the Encuentro de Paz. At the Patronato del Parque Ecológico de Xochimilco where he led a workshop he remarked that “the environment with the snakes, coots, and tepalcates (ruddy ducks), created an atmosphere of connection with nature that in my opinion strengthened the content of the encounter.” He further stated that he had the great opportunity to engage energetically as a speaker and as a participant within different activities at the Universidad Nacional Autónoma de México and the Patronato del Parque Ecológico de Xochimilco. During that week “we painted a Mandala, danced a collective dance in a workshop, and we had a fond closing ceremony with the participants present. The last moment of the closing ceremony was unforgettable, because all participants had the opportunity to thank the organizers of the encounter.”

As a seed that has grown into a beautiful tree, the Encuentro de Paz in Mexico opened up new spaces to share the philosophy of the transrational peaces. There is now the cyberspace of the Encuentro de Paz Facebook page which has been serving as a platform for sharing ideas, projects, thoughts, workshops, and news related to the many peaces. There are also the more physical spaces such as a working community headed at the Cultural Mexican Institute in Vienna, the creation of future Encuentros de Paz and a possible Peace Program in Mexico City. 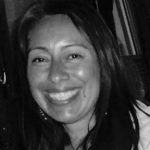 Alejandra Barrera is Ph.D. candidate at the Ecological Economics Institute (WU Wien) and was born in Mexico City. She was the Austrian coordinator of the Encuentro de Paz in Mexico City (UNAM/Patronato del Parque Ecológico) and in Merida, Venezuela (Universidad de los Andes, 2009). In 2010 with the project “Material de Prueba” (International exchange on Peace and Arts) she won the 2nd prize of “IG. Kultur Wien”. 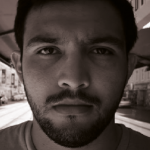 Carlos Gauna Vargas, from Guadalajara, Mexico, currently resides in Graz, finishing his last term for the MA thesis in Peace Studies. His research interests are based in urban conflicts and the processes of making conflicts visible through artistic manifestations.