Many Peaces for Colombia

Colombia currently faces a significant historical moment. The Latin-American country is a topic of interest for many, given the fact that after 50 years of war it undergoes a real first attempt for peace(s). As two Colombian peace students, we consider it important to reflect on the transformative process our society is experiencing, by sharing our perspectives on how we perceive this moment, both from a distance and from within the country.

Quick look at the Colombian war

The Colombian conflict as we know it today, is rooted in the confrontation between liberal and conservative parties in the middle of the twentieth century. The historical exclusion of certain social groups from the exercise of power contributed to the rise of rural guerrillas. As Mauricio Romero mentions in his book Paramilitares y Autodefensas (2003) the central government’s inability to cover the needs of society in terms of security and well-being, motivated the emergence of paramilitary group as a response to the guerrillas’ actions.. In the same vein, the drug trafficking business added economic incentives to the escalation of the conflict and generated complex relational dynamics among the illegal armed groups, members of the government and civilians.

As a result, even when the main strategy of the State has been a military response, there have also been intents of dialogue with different guerrilla groups, one of them ending in the genocide of the left wing political party Unión Patriótica (UP). It further influenced left parties’ political participation. The last signed agreement resulted from a questioned negotiation process with paramilitary groups that triggered the emergence of new illegal groups, linked with drug trafficking. The confrontation between actors has resulted in approximately 7.900.000 victims, according to the data provided by the unit for integral attention and reparation of victims. Consequently, different legal instruments such as the Law 975 de 2005 were created to guarantee victims’ rights on truth, justice, and reparation. This legal framework has been the institutional base of a sort of post-conflict process in the middle of war.

The process opened the space for different understandings of peace to collide. This means that society is starting to understand the need to embrace  different perceptions of peace.

On October 2nd 2016, Colombians voted in a referendum, supporting or rejecting the peace accord. Only 38% of the total population voted during the referendum, resulting in 50.2% of the voters rejecting the peace deal. The main reasons for this result were historical electoral abstention, political affiliations, voter’s unconformities regarding justice and political participation of ex-combatants, misinformation, and misinterpretations.

The voting pattern mirrors the reality of the war: a divided country where victims claim to stop the violent actions. Rural areas – the most affected by the violence- supported the agreement, in contrast with people from the main cities who do not experience the everyday confrontation.

Given this scenario, the government invited the opposition leaders and all the political parties to discuss their main concerns and proposals regarding the agreement. Additionally, President Santos was awarded with the Nobel Peace Prize, which was seen as a symbol of the international community’s support to this process. At the same time, a crucial step toward peace(s) was announced: a peace process with the Ejército de Liberación Nacional (ELN), the second biggest guerrilla in the country. More information can be found on Milton Hernandez 2006 book, Rojo y Negro: La Historia del ELN.

Feelings and responses: a loop of uncertainty

Even though we are facing a relational challenge due to the polarization that has been the protagonist of Colombia’s attempt to transform the conflict, the recent events brought about institutional and emotional responses. Colombian civil society is expressing the accumulated tension rooted in the long lasting conflict by demonstrating their support for peace(s). The process opened the space for different understandings of peace to collide. This means that society is starting to understand the need to embrace different perceptions of peace.

“What do you most miss from home Laura?” is a common question I encounter in regards my decision to leave my country nearly three years ago. Spending a long time away from Colombia gave me the chance to experience new cultures and to appreciate and miss home. I have felt nostalgia and frustration at times, especially now when many processes are taking place and urging for actions.

Witnessing how my family and friends struggled to respect their opinions regarding the peace process was heartbreaking. This feeling grew stronger when I could not vote for such an important decision for my country, making me realize that the sense of belonging is what I miss most by being away from home.
Nevertheless, the many social initiatives, especially the ones lead by young people inspire me. Massive marches, spaces open for debate with active participants, a peace camp in the middle of the central square in Bogota and other such initiatives, push forth and demand an end to violence. Even when the social division is present and accompanied by the feeling of uncertainty, hope is more alive than ever and reminds me that it is in ourselves that we ought to promote a change towards peace. My commitment from a  distance is focused on my everyday actions and the way I relate and share the culture of my country with others.

I am IN (Alexandra’s perception)

As many other Colombians I am part of this historical moment. It has been a challenge to continue with my normal life, while at the same time it has been inspiring to witness for the first time in my life how we are appropriating peace(s). Even when it is difficult to handle it on an emotional level due to the feeling of uncertainty that has somehow frozen us in time, I am motivated by hope.

The context has generated an added energy I have never felt before. It is driving me to get involved in many social initiatives around me., I thus decided to work along with the peacebuilding think tank Fundación Ideas para la Paz (FIP) where I found highly motivated young people who, like me, wanted to do something else to support a negotiated answer to decades of violence. Together, we promote Salto por la Paz (Jump for Peace), which consists in mobilizing our body, emotions, and mind for the peace(s) in our country.

We intend to promote reflections and actions around the meaning of jumping into a future of peace by recognizing our uncertainties and fears. Hope is the motor that drives us to jump, since we believe that even when it can be a different reality full of challenges, it will also bring new opportunities.

The complexity of Colombia’s internal conflict has been culturally read under moral categories that define ‘good’ and ‘bad’ (people), that have only strengthened resentments and detachments within Colombian society. As well as moral peaces, we have understood peace from a modern perspective that determines ‘who’ belongs to our nation-state and who does not according to specific power dynamics. Our current approach to peace, as well as former attempts have been focused on moral and modern views. We think that the biggest need and challenge now is to integrate the many peaces, in processes of reconciliation and reintegration promoted through non-violent communication tools. It does not matter where you are.

As peace workers, the many peaces approach has given us a plural outlook useful to “recognize the tendencies and characteristics of the concepts that are prevalent in the context that occupies him/her [us]; how these function and then to be aware of which other variations of peace might be left aside and whose recovery might help bringing back the system into a dynamic equilibrium” (Master of Arts Program in Peace, Development, Security and International Conflict Transformation, 2014)

There are already several expressions of the five peace families in our country, moral and modern peaces coexist with postmodern and energetic ones. Our call for reconciliation answers to the need we see in accepting their existence as possible conceptions of peace and not as mutually exclusive points of view.  This is a transrational call as it implies the recognition of rationality, however beyond its purely materialistic perspective. Its approach acknowledges reason as one possible manner of perception, among others (Echavarría 2014, 63). Let us open the scope. 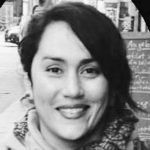 Alexandra Bernal was born and lives in Bogotá, Colombia. Currently she works as Consultant for Colombia of the british NGO International Alert. Together with other members of civil society in Colombia, she  leads the mobilization initiative Salto por la Paz. She is writing her Masters thesis about photography as a tool for conflict transformation. 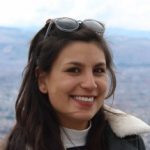 Laura Andrea Torres Monroy graduated from the MA Program in Peace Studies at the University of Innsbruck in 2018. Since 2017, she has been working in Colombia as part of the Active Citizens facilitation program of the British Council, promoting processes of empowerment, reconciliation, inclusion and leadership in communities formed by victims and prosecutors of the civil war. Her thesis was supervised by Wolfgang Dietrich.