Having perceived a strong and potentially violent polarization in regards to the current refugee situation in Europe, I was wondering about facilitation methods that are embedded in a transrational and elicitive spirit to work with large groups of people, with and without a refugee or migration background, who would usually not encounter each other due to their controversial and, at times, even hostilely opposing perspectives. In the course of my research, I got deeply inspired by an approach called ‘worldwork’, which was developed by Arnold and Amy Mindell. It is the application of so called ‘processwork’ to work with large groups on conflicts. Processwork is a bootstrap approach that is embedded in a Taoist worldview and was influenced by Jungian psychology, Carl Rogers’ unconditional support for the individual, the transpersonal concentration on the divine as well as the system principles that are found in economics, politics and physics. The empirical part of my thesis focuses on an Open Forum in Zurich, Switzerland facilitated with the paradigm of worldwork. Next to worldwork as an example of an interpersonal and transpersonal liminal space of encounter, a sub-guiding question in my thesis has been the quest for what I name inner liminal spaces of encounter, which can support the cultivation of William Ury´s Inner Third Side.

This research has been feeling like an intensive meditation retreat that has confronted me with my shadows and my lights. The strong call I have felt to engage with this topic kept me walking the path of this journey even in moments when I would have loved to escape it and swim back to the top of the iceberg. I can say that it has been truly unfolding my capacity of holding conflictive perspectives internally and relationally. 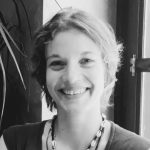