Islam & Pakistan: The Way I Understand

This thesis describes my struggle to adapt to the way in which families (with special focus on my family) and the society I grew up in, dominate and manipulate the lives of young generation in the name of religion (Islam). It explores the political and social use of Islam for personal or political gains that brought forth a very negative and suppressive connotation to the concept of religion in Pakistan since its independence. This manipulative way encouraged intolerance and radicalization in society that resulted in the persecution of individuals having a different opinion. The literature and empirical experiences used in this research work compare the essence of religion with its interpretations and Pakistan’s historical evolution, keeping in mind the causes and effects of these interpretations.

While writing this thesis, I have come across several questions, doubts, queries and answers that I would not have otherwise been able to do. Due to the lack of space I cannot share the entire process, but I would like to highlight one event that has jolted my mind and has shown me the power of the thesis writing process in our Peace Studies Program. When I was a teenager, I began using a literary name “Shakir” instead of my given name “Muhammad Usman”. Most of my friends know me by the name of “Shakir” and I never liked to be called “Muhammad Usman”. During this process, I realized that my name put me in boxes I do not belong to, so unconsciously, I started disliking it. “Muhammad” puts me in the box of being a “Muslim”, but I do not agree with this definition of “Muslim” and “Usman” puts me in the box of being a “Sunni” or “Anti-Shia” even though I don’t believe in these divisions. 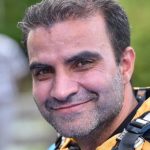