The Freak in Me Recognises the Freak in You: Beyond the Logic of Norm and Deviation

In my thesis, I use postmodern philosophies and transrational tools to make reflections on being freaky. “Freak” is a term for extreme othering that has also undergone a history of violence and then of reclamation and coolness, that both inspires me and calls me to question those structures of normalisation and hegemonic ideology where I see instances of everyday cultures of violence that either reject or try to assimilate those (people or behaviours) that are perceived as other. I use ‘freak’ as a tool for inquiry for thinking about differentiation in a way that does not seek to reject or eradicate the other, or hierarchically categorise, but at the same time refuses to abandon difference. This unfolded into a presentation of historical examples of ‘freaks’ and freaking throughout history that were life-denying; some deeper psychological and philosophical notions of being-deviant; an exploration of sexuality, including sex-positivity, queer theory, and the sexualities of disability. Themes are then explored using Gestalt psychology and Butoh dance, and the conception of the “self-in-context” is reimagined as a process-in-field. Freak does not mark a position of otherness, but can instead mark a movement of keeping distance from certain ideals of ‘normalcy’ that can have violent conditions. My project is to understand freak in terms of working on the history of attributions and exclusions, to appreciate potentialities for agencies, and to transform conditions and experiences of belonging in previously contested spaces.

I was so sure of certain aspects about my thesis, of some issues I wanted to explore. Interwoven personal and academic curiosities about morality, diversity and visibilities from a New Historical and philosophical perspective had me frustrated, confused and desperate at times. But thanks to the patient listening and thoughtful conversations with my supervisor, Daniela Ingruber, and some very dear friends, I was able to achieve most of what I had intended to for the scope of the thesis, while oftentimes lacking a structured approach – times of lolling about, of meandering and times of sprinting had me arrive at an end result that felt satisfying, and yet more curious. 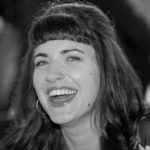