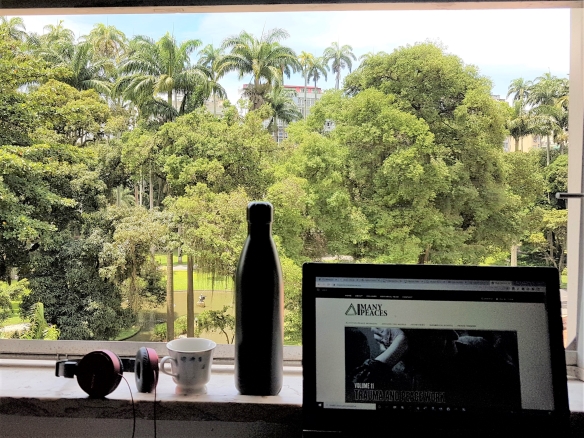 Feeling frustrated, author João Saravia took the halting of activities in his procurement work during the COVID-19 pandemic to cultivate new initiatives related to his intrinsic passion for exploring conflict. This article tells one story of how being open to change added new meaning and knowledge to well-known capabilities.

Since 2017, I have felt a need for change in the kind of work I have been doing for the last 18 years. I have been working with procurement, whether doing consultancy for big multinational companies or being the head of procurement in those types of companies. Do not get me wrong, dear reader, I am proud and grateful for what I have accomplished during these 18 years. However, at some point I realized I was frustrated with profit-driven projects and organizations. This is not a naïve or immature frustration of wanting to demonize profit. I have spent all my career working in these kinds of companies, and I acknowledge the importance of what they do in almost every little aspect of the lives of most people who will read this article. I also know many well intended leaders in these organizations that honestly do their work focusing on the greater good.

Inside profit-driven organizations, many times decisions are made as a choice between what is better for the people and what is better for profit (which in the end is people, though a very limited group): and not putting people as priority has become senseless to me. I am not saying organizations have to make a decision between economic survival of the organization from bankruptcy or better standards for people. It is more about the choice of more profit vs. treating people (meaning the broad range of stakeholders of an organization, besides investors) better.

It was time for change

This feeling of frustration with profit-driven projects and organizations has accompanied me for some time, and at a point in 2018, I decided I would do something about it. I realized I was at the end of a cycle and it was time for change. But, I still had my bills to pay, so I started wondering what kind of turn I could do in my professional career while still being able to pay my bills. I searched inside: What was it that kept me motivated in recent projects? Well, the closer I was to the top hierarchy of the organizations I worked for, the more I had to deal with conflicts that were not easy to address. As I went on working with these conflicts in an effective way, I was invited to act on conflicts that sometimes had nothing to do with my position at the time. Although it was stressful, I started to like it and feel good about how I could hold space and handle difficult discussions in a positive way.

João – This is me participating in the Olympic torch relay in Brazil. I am grateful that my learnings take me to such unexpected places and moments. I realized I can always put what I have learned to the service of whatever my values call me to action in different periods of my life

The term conflict management started to become louder and louder inside my mind, to the point that I decided to take that more seriously and join the masters program in Peace Studies at the University of Innsbruck in September 2019. This allowed me to slow down my business consultancy activities and start to dive into the world of peace and conflict.

Then, in March 2020, the COVID-19 Pandemic hit Brazil where I live. All attempts to plan business a few months ahead were continuously frustrated as all companies I did consultancy for just kept on postponing projects. It took me around 3 months to realize that this was an opportunity: Not being able to live the part of my life that I was trying to change was not that bad. I finally accepted the restrictions that these times brought, and thought of initiatives related to peace studies that I could engage in despite this particular situation.

Trying out a new initiative

The first initiative I organized in this sense was called Circular Information: a series of monthly online expert talks with the aim of giving visibility to and discussing ways of dealing with conflicts. The attendance was free and participants shared their knowledge on a voluntary basis. The curation was done jointly by Sílvia Silva (who often describes herself as a black woman from the periphery of Belo Horizonte – Brazil’s third biggest state capital), Alexandre Addor (a former classmate of my undergraduate studies, who introduced me to the Innsbruck Peace Studies programme) and me.

We focused on topics that we believe are fundamental root causes of conflict in Brazilian society, especially structural racism, economic and social inequality, patriarchy, colonization, and related topics. The online format allowed us to invite experts and have attendees from different cities, which ended up enabling new collaborations that would have otherwise been unlikely to happen: a huge advantage to talks I had previously organized, where the common presence in the same physical space restricted attendance to people that were in Rio de Janeiro.

The Circular Information project evolved, and by the end of 2020, we partnered with an educational institution in Brazil and transformed these talks into two postgraduate programmes focused on matters of conflict management for businesses. Most of the facilitators for these postgraduate programmes are experts that collaborated with the Circular Information series.  I would probably not have engaged with these new ventures, or at least not so quickly, if it was not for this isolation period and the halt that the pandemic forced upon all of us.

Aspects of privilege and difficulty during the pandemic

At this point, I would like to make it clear that I am not celebrating the pandemic. It has been an unprecedentedly difficult time for most people. I also acknowledge that I can live it in a very privileged way, and what I describe in this article comes from this fortunate perspective. That was not the case for most of the planet, and particularly in Brazil, which is continuously breaking records on the number of cases and deaths from corona, even after more than a year away from the start of the pandemic.

Nonetheless, in the conversations that I have had with different people who are generally as privileged, I noticed that many struggled more during this period because they kept on trying to live their lives as they have always done instead of making use of the potential that these times bring. Yes, this period is challenging because, amongst many difficulties, it collapses many structures that we became accustomed to. Though painful, this is also an opportunity to let go of things that are past due while giving space to germinate new ways of living and of being.

This period represented a significant transformation in my life. It gave me the chance to impact the lives of others in ways different from what I had done before yet using many of the capabilities and networks I had previously developed. Today I see myself spending most of my time with topics that I believe serve people much more than profit. Also, whilst I still feel I am in an intense period of transformation, I can see clearer paths to follow ahead and I feel stimulated to walk them.

At the same time, I feel I could honor the ways that have brought me here: the partnerships built, the business experience, and thousands of negotiations done in my private sector career so far. By welcoming the restrictions of these difficult times, being open to change, and adding the knowledge I gathered in the peace studies program, I could give new meanings to these well-known capabilities.

João – This is the window view I would spend most of my time looking at during the 14 months I was in isolation before deploying to South Sudan. Most of my reflections during this time – including the writing of this article – were done staring at that park.